A community bands together to fend off an increasingly contentious landfill proposal in Chesterfield. 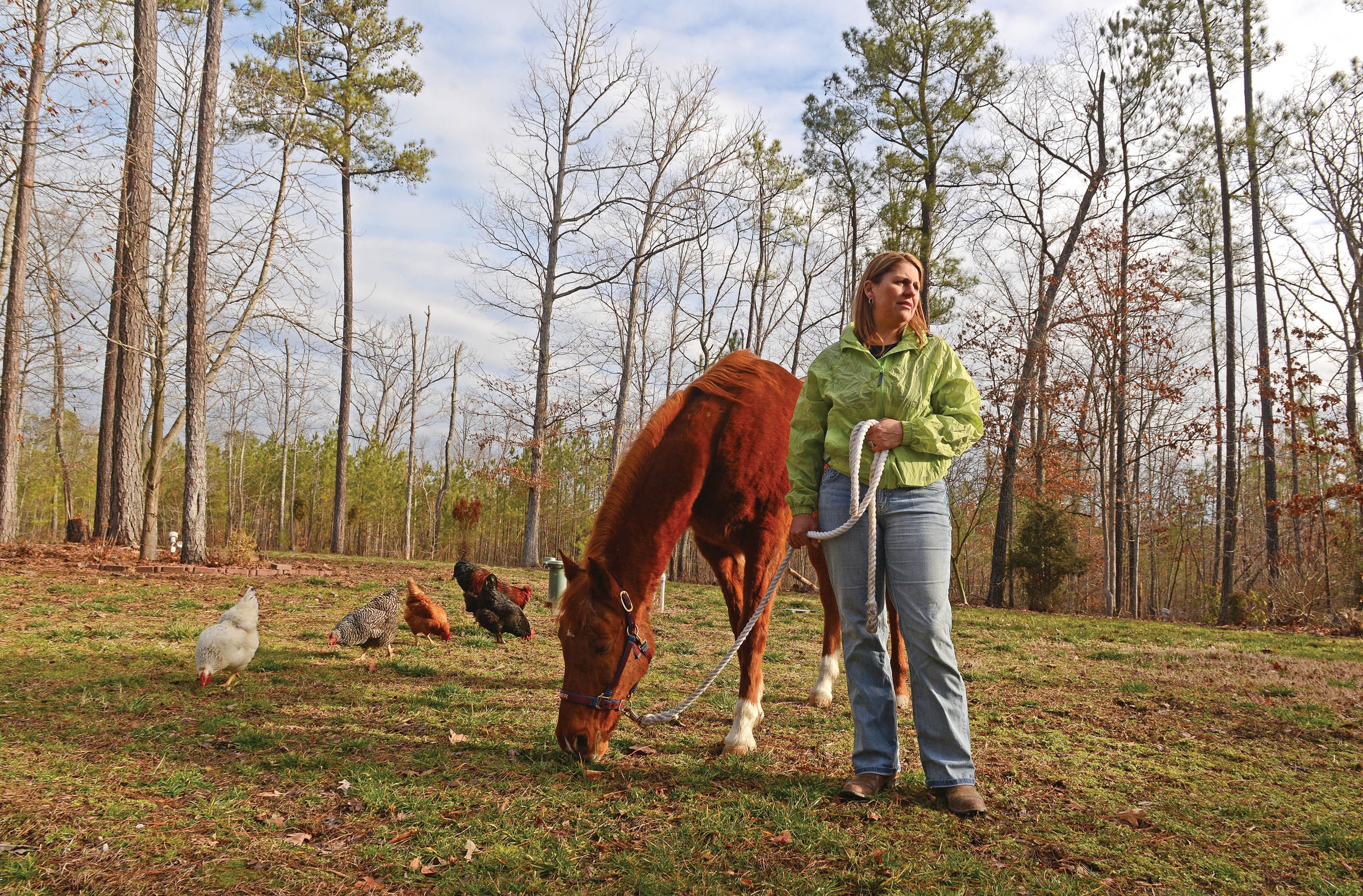 Even for Californians from Half Moon Bay, their new home was idyllic.

Kipra and Ralph Niermann bought 30 acres on Beaver Bridge Road in Moseley in August 2011. They drove across country with their horse for the quiet countryside of southwestern Chesterfield County, cheaper property taxes and better schools. They enrolled their two children at Grange Hall Elementary School down the street. It's located near a zoo, and on a good day children can hear the animals during recess.

But the Niermanns weren't planning on hundreds of trucks and potentially hazardous waste being dumped less than two miles from their house. They found out about the plan last month, and were taken aback.

Skinquarter Land, which operates a recycling facility on Hull Street Road, is planning to expand the property into a landfill, creating heavy traffic — as many as 275 dump trucks a day, according to the company.

Skinquarter is applying for a rezoning permit to accept byproducts from burned coal, known as fly ash, and "fluff," remnants from shredded cars after recyclable materials such as steel and aluminum are extracted.

After considerable community angst, the company announced late last week that it was withdrawing its request to accept fly ash at the landfill. But as of Friday afternoon, Jane Peterson, zoning and special products manager in the Chesterfield planning office, told Style Weekly that Skinquarter had yet to file such an amendment.

"I would say it's everything," Kipra says of her concerns about the landfill, even after hearing that the fly ash could be off the table. Kipra, a sales rep for a biotechnology company, and Ralph, an airline pilot, worry about their family and neighbors, not to mention their budding farm — they're up to three horses and 19 chickens.

"There's the risk that anything that they do there would contaminate the well water, whatever it is," Kipra says. "This could become a huge nightmare."

Fly ash and fluff aren't deemed to be hazardous materials, says Bill Hayden, a spokesman for the Virginia Department of Environmental Quality. But they can contain trace amounts of heavy metals such as beryllium, selenium, lead and arsenic. In a news release, Skinquarter Land says that the automotive fluff would be tested for "hazardous characteristics" before being dumped at the landfill.

Still, some people are concerned about contaminated groundwater. The landfill site is in a watershed that empties into the Appomattox River and Lake Chesdin, a reservoir that provides drinking water for Petersburg and surrounding communities. William Shewmake, a lawyer representing Skinquarter Land, says the lining at the 52-acre landfill would make seepage difficult and that it would take "1,300 years" for any spill to reach Lake Chesdin.

Residents of the many subdivisions in the area have been concerned enough to hold several meetings, including one at Cosby High School last month. Another community meeting, held by the Grange Hall Elementary School PTA is planned for March 5. Among their concerns, some parents worry that air pollution from the landfill could affect children at Grange Hall.

It's yet to be known whether the company's recent concessions appease residents in southwestern Chesterfield, including the populous Woodlake and Brandermill subdivisions.

The Grange Hall PTA has started a petition to oppose the landfill, and some parents, including the Niermanns, vow not to frequent Skinquarter's mulch business just down the road, Yard Works. The landfill site is part of the Yard Works Recycling Center, where it turns tree stumps and other wood waste into mulch and compost products.

Moseley resident William L. Woodfin, a former director of the Virginia Department of Game and Inland Fisheries, says that his concerns about the proposal are based on his service as a former member of the State Water Control Board. "We don't know where the materials would come from. We can't get answers," he says, adding that generally he thinks allowing additional waste material at the landfill "is a very bad idea."

Hayden, the DEQ spokesman, says that his agency has yet to receive an application to allow the landfill to accept the new materials. The next step will be a Chesterfield Planning Commission hearing April 17. The Board of Supervisors will make the final decision on the rezoning.

Meanwhile, the Niermanns plan to keep fighting. "It's about the safety of everyone around here," Kipra says. "It's the traffic, the water, the toxins. Chesterfield doesn't need this." S