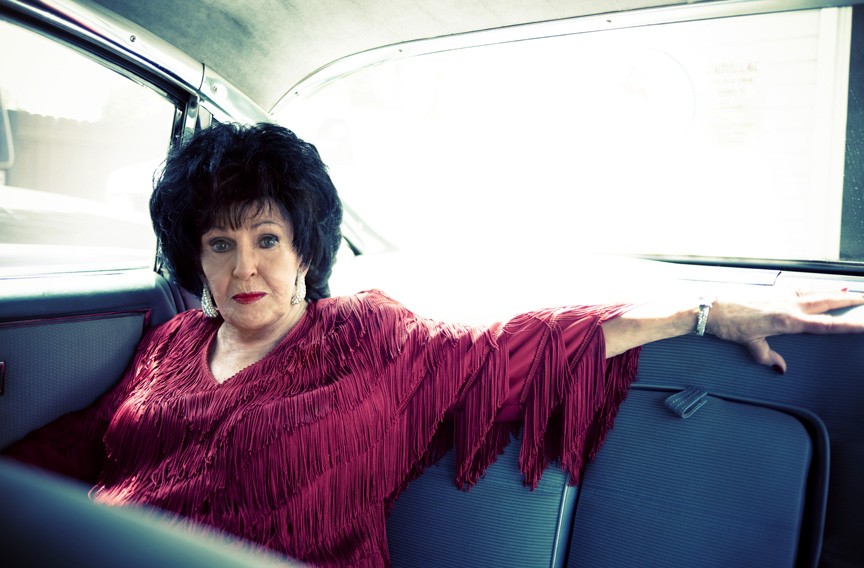 There isn't much that rockabilly legend Wanda Jackson hasn't done.

At 75, she's a Rock and Roll Hall of Famer who's worked with talent from Johnny Cash to Jack White, recorded songs in four different languages and gone for a spin in a Cadillac with the King. All the while, Jackson has remained humble and deeply devoted to her faith, rock 'n' roll, and her husband of 50 years, Wendell Goodman. But the Queen of Rock shows no signs of hanging up her fringed blouse anytime soon.

Speaking from her Oklahoma City home the night before embarking on a short tour that includes her stop in Richmond, she's soft-spoken but full of kick. "I haven't learned how to pack right after 56 years," the singer says, laughing.

Her 31st studio album, "Unfinished Business," finds Jackson charged up on wide-ranging covers. There are blues cuts, such as Freddie King's "Tore Down," and the folksy "California Stars," from Wilco and Billy Bragg's 1998 Woody Guthrie project, "Mermaid Avenue." Jackson's signature growl sounds just as ferocious as it did back in the '50s, thanks in part to the production of Justin Townes Earle.

"Jack is very focused and it's not that he isn't jovial, but he's all business when that red light comes on," she says. "He pushed me into the 21st century."

She credits him with bringing in legions of new fans, including Adele, who asked her to open a handful of dates on her last tour.

"I was so flattered that she asked specifically for me," Jackson says. "She's a sweet gal and I'm glad to say I know her. She's influencing me in ways that are hard to describe. I'm a stronger, more in control person having known her."

Jackson says she's thrilled to be in a position of influence, in many ways paying forward the good advice once bestowed upon her by Elvis Presley.

"He picked me up in a pink Cadillac to take me to his home on Audubon Drive one afternoon when were working in Memphis," Jackson recalls. "This sounds terrible, but we spent the afternoon in his bedroom listening to records. His mom was home, so it was all above-board."

"At one point," she says, "he got his guitar out and sang for me to give me a feel for this music we were all calling Elvis-style music. You have to remember that the style of music didn't have a name at that point, because it was so new," she says. "Some people called it 'music from hell,'" she adds, laughing.

The two dated, and Presley offered career advice. Jackson finally got the nerve to try it.

"No matter how hard I tried, I was spinning my wheels," Jackson says. "When my record came out, I couldn't get airplay. It was a boys' club. They didn't even like rock 'n' roll like Elvis or Jerry Lee, so they sure weren't going to play a teenage girl doing this music. ... They weren't giving me credit or even acknowledging me. That hurt. I just kept wondering: 'If a guy can do this, why can't they play me?'"

Albeit brief, things finally came together for the feisty teenager when the song "Let's Have a Party" charted in 1960. While she never became a red-carpet celebrity, Jackson accomplished something much more special as a pioneer for the rockabilly genre and icon for women in music.

And Jackson may become a superstar just yet. She's positively giddy when she shares news about her next venture, a Hollywood bio-pic. "This thing has been laid in my lap," Jackson says. She's working with a screenwriter to ensure all of the details are laid out just right, including who will portray her in the film. "When they asked me who I had in mind to play me and Wendell, I said Angelina Jolie for me and George Clooney to play Wendell." She adds, "Who knows, she just might go for it!" S

Wanda Jackson performs at the Capital Ale House Downtown Music Hall with Jonny Fritz on Wednesday, Dec. 12. Tickets are $20 in advance and $25 the day of the show. Doors open at 7 p.m., show starts at 8.