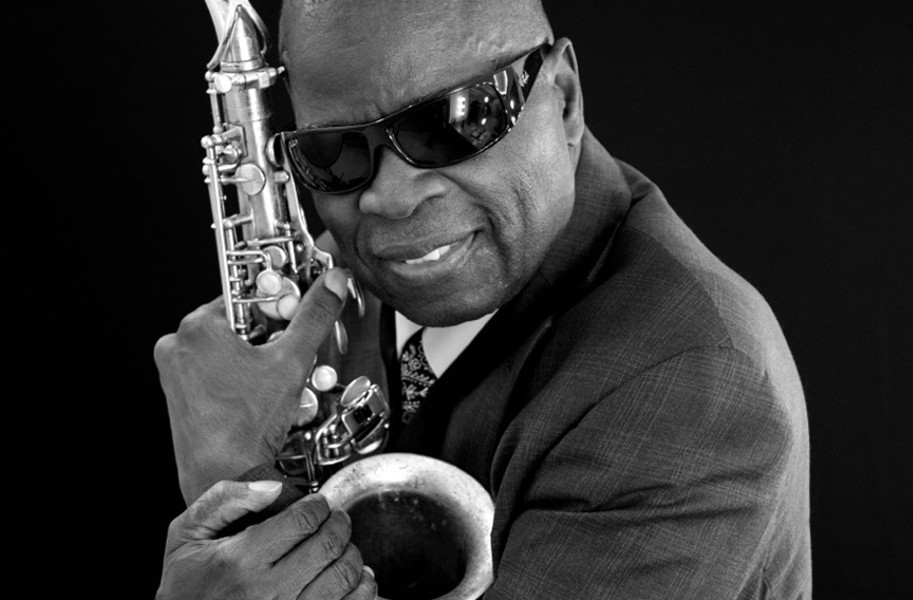 Philip Ducap Longtime James Brown sideman Maceo Parker says that Brown did him a big favor by always yelling out his name during songs.

“Get On Up,” the film currently in theaters based on the life of soul music legend James Brown, has slid the sounds of “Soul Brother No. 1” back to the front lines of pop culture.

One of the key elements to many of Brown’s songs -- from "Papa’s Got a Brand New Bag" and "Licking Stick" to "Funky Drummer" -- is the saxophone of Maceo Parker.

A North Carolina native, Parker served several stints in the James Brown band in addition leading his own outfit and joining the funk supergroup Parliament-Funkadelic.

Parker is still in demand as a session musician, having worked with Prince, De La Soul and the Dave Matthews Band and has been touring as a solo act since the early 1990s. He has a book out called “98% is Funky Stuff, My Life in Music” and will be joined by his nephew (and Richmonder) Marcus Parker on the drums at the Richmond Jazz Festival at Maymont on Saturday.

Style Weekly: I know everyone is probably asking you this, so let’s just get it out of the way. Have you seen the movie and what did you think?

Maceo Parker: Well, they do have a Maceo Parker character, and he uses a lot of profanity, something that I did not do. He was using profanity at Mr. Brown and calling him “James.” And we all called each other “Mister,” the guys in the band. It seems that they did not go on a lot of truism. Some of the stuff was kind of based on historical facts, like the fact we were in Vietnam and stuff like that. I think they guy, Chad Boseman, playing James Brown, he did a right-on job. Top-notch job portraying James. But some of the factual stuff . . . I had a talk with Jack Bart, the son of Ben Bart, played by Dan Aykroyd. They got a scene where after Ben dies, at the funeral site, they got James puttin’ dirt on top of the casket. And Jack said, in actuality, James wasn’t even at the funeral. So they didn't take enough time to get truism and factual stuff. If I had to rate it, I’d give it a high 80. If I had to rate the guy doin’ James, I’d give him close to 100. He was really good.

Did they consult with you at all?

No, not at all. Otherwise they would’ve got some truism. There’s not a lot of us [band members]. It seems like that would be kind of important, if you want to go about it that way. That would would make it more authentic. That’s just my take on it.

James Brown often yelled out your name on his records. How did that start?

James, when he used to get ideas, he’d rush to the nearest radio station and record something, so he wouldn’t forget. ‘Cause in the next two days he’d forget what the thing was. If he liked it, he would keep that and then kind of work on it a little bit and release that if he liked it. That was just his style. Now, we’re doing “Papa’s Got a Brand New Bag,” and it gets to the point where we vampin’ and then he remembers, “Oh God. I didn’t tell which one of the saxophone players I wanted to play.” This what he’s thinking, while he’s “Come on … Come on … Blow your horn … “ We’re kind of looking at each other during the recording, like “Do you think it’s me? Nah, don’t know.” [Then James sings]“I want you to blow, Maceo!” That’s how all that started.

How important was it that he said your name so much?

You’ve played with so many musicians, on so many hit songs. What is your own show like these days?

My particular show now is, a little James Brown, a little bit of me, a little George Clinton, maybe throw a little Bootsy in there, a little of Ray Charles if I have time. And that’s it.

This is the way I close out. Always, remember - We. Love. You.

Maceo Parker performs on Saturday at the Richmond Jazz Festival at Maymont. For more information, go to www. jazzatmaymont.com.