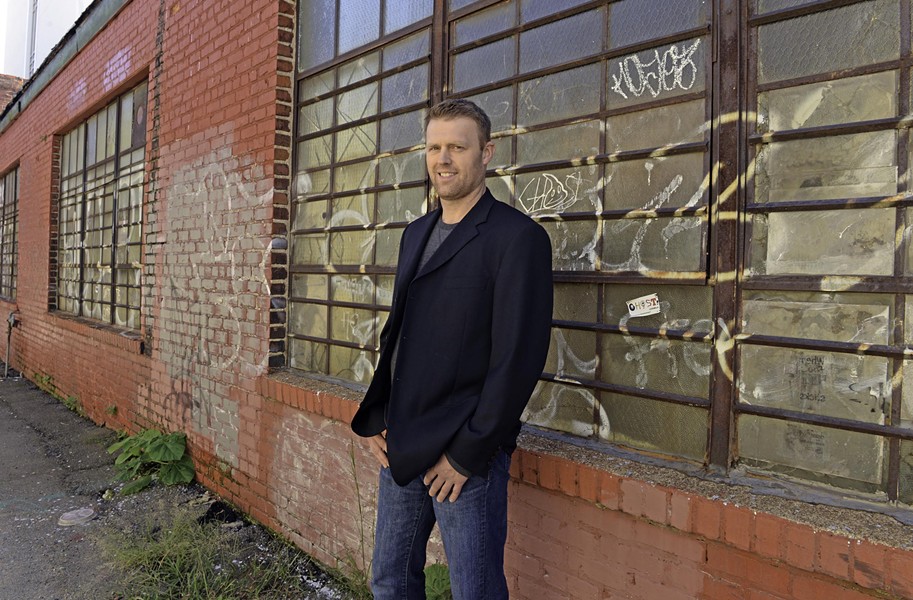 Sterling Hundley is no stranger to accolades. During a period in the early 2000s, he was the most decorated illustrator in the world. You could see his idea-driven editorial portraits everywhere, including the New Yorker, Rolling Stone, the Los Angeles Times and the Grammys.

A Roanoke native, Hundley came to Richmond as a child and enrolled at Virginia Commonwealth University, where he fell in love with drawing. Now he teaches there, and along with renowned artist Robert Meganck, has helped increase the school’s prominence nationally among illustrators.

But as a teacher, Hundley kept noticing two things: His work had become dominated by his business pursuits and he was spending all his time in his studio, and that his students increasingly were devoid of original ideas.

“I’m not blasting social media or entertainment, but people are too vested in the things other people make,” Hundley says. “They miss enjoying the gift to create.”

So a few years ago, Hundley decided to take education into nature to help his students use outdoor experiences as a catalyst for creativity. He now runs Legendeer, a continuing education course held by VCU, which takes artists, entrepreneurs and writers ages 17 and older out for activities such as whitewater rafting and climbing. Along the way, they hone storytelling abilities.

Hundley wants up-and-coming artists to have opinions, rather than regurgitating: “The four steps are: You have to have something to say, you have to have a means to say it, something worth hearing — which is where everyone is filled with self-doubt — and the fourth thing is you have to take action and say it.”

Students could learn a lot from Hundley’s career, which continues to soar. He recently completed 15 full-color illustrations for a re-release of Robert Louis Stevenson’s “Treasure Island” by the Folio Society in London. And he’s been building his painting career with a recent show in Norway.

“Major art directors in New York are now paying attention to Richmond,” he says. “If I can get people to marry [original ideas] to a life rich with the pursuit of experience, then they can design their own lifestyle fueled by their creativity. To me, that’s a life well-lived.”