Local singer Sam Reed opens up about the musical roots behind her new solo album. 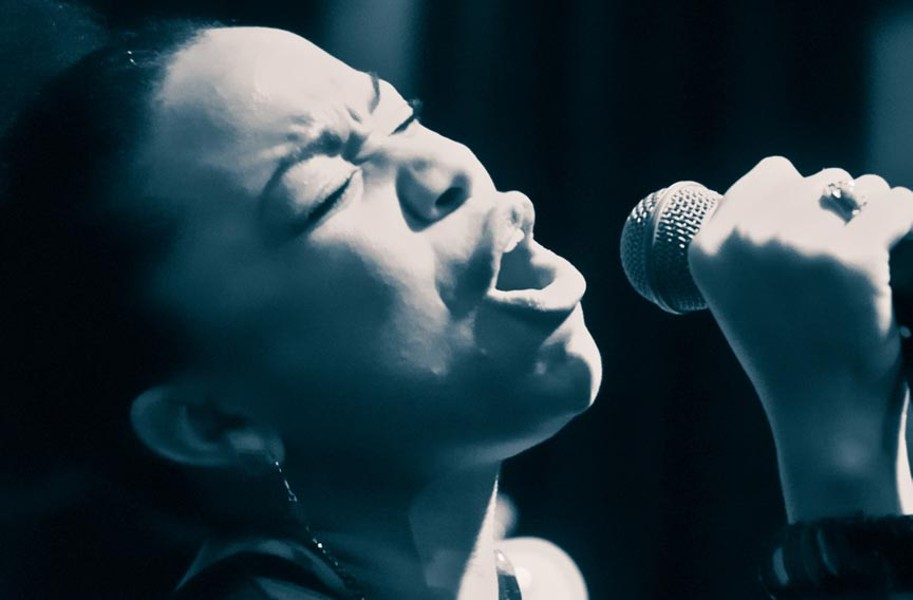 Lauren Serpa Known for her work with Photosynthesizers and Beast Wellington, Sam Reed now has her own solo project, the Sam Reed Syndicate on Jellowstone Records.

During one Easter on Parade along Monument Avenue, from three long blocks away, Sam Reed’s voice still was burning through.

The cover band she was fronting, Dance Candy, was playing at Lee Circle. By the time you got to Strawberry Street the lyrics had become an indistinct smear, the melody dissolving in a haze of crowd noise. All that was left was a stripped-down, individualistic core.

But that was enough to be instantly identifiable. This searing, soulful sound blazed through when Reed, then performing as Samantha Hewitt, joined trumpeter Mark Ingraham’s Beast Wellington in 2011.

That band was constructed around the poetic, willowy charms of singer and songwriter Margaux LeSourd, Ingraham’s longtime girlfriend who was moving to the West Coast. At the time, a Style story described Reed’s impact on the Beast as “replacing romantic candlelight with a blowtorch.” Since then, her fiery approach spread to a growing roster of bands, notably trip-hop innovators Photosynthesizers, Todd Herrington’s Mekong Express and featured appearances with the D.J. Williams Projekt.

“Mama told me not to burn the candle at both ends,” Reed says. “But right now it is burning so bright it is awesome. I am happier when I am busy. This is what I love to do, but it gets a little overwhelming sometimes. Then my introvert starts to take over.”

There’s little room for introversion in the impassioned, heart-on-the-sleeve songs on “This Is Love,” her recently released CD debut. “It was hard for me at first,” Reed says. “This is the first time I am putting myself out there as a solo artist, with lyrics and concepts that are my own. As much as you like to say you don’t care what people think, you do.”

While her live group includes only two players from the all-star album — the talented Devonne Harris on keys, and, whenever possible, the irrepressible Kelli Strawbridge on backing vocals — they’re locked into her vision.

“The first thing I look for is my band’s support,” Reed says. “If I can see them smiling, I’m OK. Then I can turn around and look at the crowd.”

Her nickname, when she arrived on the scene, was Church Girl. Like Aretha Franklin, Patti LaBelle and Whitney Houston, Reed’s big R&B sound has deep roots in gospel. Her father, Steven Hewett, is pastor of Riverview Baptist Church, and her parents gently made sure she was always in the choir. But they didn’t shelter her from secular music education. “I was probably the only 5-year-old whose favorite band was Earth Wind and Fire,” Reed says.

She met Ingraham when he was with the Henrico Wide Choir — his uncle was her choir director. And she met Harris, who wrote the music for her lyrics on the new CD, when he played at her sister’s wedding.

Her earthily distinctive, full-on delivery quickly carved out an exuberant niche, especially in the band she credits most for her development, Photosynthesizers. “Such a beautiful sound coming from so many places,” Reed says. “A classically trained pianist, upright bass, guitar, drums, electronics. And Maurice [“Barcodez” Jackson], his mind runs constantly at 150 miles an hour. I call him my coach, my professor. I’ve learned so much from him, inside and out.”

All the influences come together on “This Is Love.” The ideas and lyrics are Reed’s, with one song co-written with Strawbridge. The music is Harris’. And the work is nonstop — especially given the other side of her life. “I have two kids, a husband and a house to clean too,” Reed says. “I do my best to stay spiritually grounded.”

At the same time, she’s working hard to break through to a larger audience. Reggie Pace is working with Jellowstone’s music-business mother ship, Ropeadope Records, to push the project in the United States and overseas. A tour looms. “I hope this becomes the big thing,” Reed says. “I don’t know what else I would do other than sing — why not sing my own music? I don’t know a musician who doesn’t want their own voice to be heard.”

“A long time ago someone told me, when you are singing, never hold back. And I’ve always been that way,” Reed says. “Find something true, hold it tight, and run with it. If you really love music you can find yourself in any song.” S