The season in dance travels around the world and stops off for some tease. 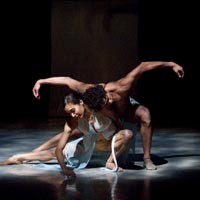 Richmond is a culturally dense little-big town teeming with movers and shakers. It's only natural this dynamic would yield a variety of nimble and expressive artists looking to do just that — move and shake. There will be plenty of opportunities to explore the worlds of ballet, modern, rhumba, capoeira, burlesque and samba this dance season. 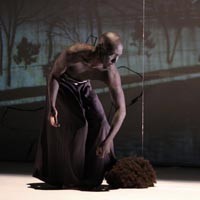 >The official performance space of Virginia Commonwealth University's department of dance and choreography, the Grace Street Theater, will house many memorable concerts this season, including the annual “Yes, Virginia — Dance” Invitational (Sept. 19). Hosted by local K Dance Company, the concert brings together choreographers from companies in Richmond and beyond. Also at the Grace this month (Sept. 26), “MOVE” plays tribute to local art hero Richard Carlyon (1999-2006), with a show choreographed by Chris Burnside and presented by VCU Dance.

In keeping with the idea of uniting local heroes with the rest of the dance world, the Richmond Ballet's New Works Festival, (Sept. 29-Oct. 4 at the ballet's Studio Theatre) will feature choreography from VCU Dance and Choreography Chair James Frazier as well as colleague Julie Job Smithson. Outside talent will include Tulsa Ballet principal dancer and resident choreographer Ma Cong and New York's Alvin Ailey School Chair Jacqulyn Buglisi.

Other events on the ballet calendar include something new, something borrowed and something nutty. The 1928 George Balanchine classic “Apollo” gets paired for three nights (Nov. 3-8) with rising Richmond star Jessica Lang's fifth commissioned world premiere. And what holiday wouldn't be complete without a little Tchaikovsky and a few sugar plums faeries? “The Nutcracker” finds a new home at the Carpenter Theatre at Richmond CenterStage Dec 11-23.

The local femme fatales of the Starr Foster Dance Project show plenty of promise with the premieres of “SPOOK” and “4 Mirrors,” and the acclaimed “Hiding Exhalation” (Oct. 8-10) at the Grace Street Theater. The Project also teams up with Ground Zero Dance for the grand opening of the Dogtown Dance Theatre (Jan. 21-23, 28-30) in Manchester to showcase the fruits of a 10-year effort to reopen the Bainbridge gymnasium as a new community dance space.

Looking for something a bit more exotic? Look no further than the Latin Ballet of Virginia. With more than 20 performances, Latin Ballet is one of the most active companies in town. Company director Ana Ines King and Barksdale Theatre guest artist Pablo Francisco Ruvalcaba will perform Jose Rivera's “Boleros for the Disenchanted” (Sept. 18-Oct. 25) at the Barksdale. The company will also put on a family-friendly event for the Mexican holiday, Day of the Dead (Oct. 30-Nov. 1) at the Cultural Arts Center at Glen Allen. Look out for five separate spicy performances in the spring as well.

Brazilian dance fighting troupe Grupo Capoeira ResistA¦ncia will present its annual belt ceremony, or “batizado,” on Oct. 9 at Martin Luther King Middle School, followed by an appearance as part of Brazil Night at Capital Ale House on Oct. 10. Brazil Night will feature capoeira masters from all over the world, a samba school performance and a music from Bio Ritmo.

Some of the less refined forms of dance are also on the move. Sweet Tease Burlesque has one performance on the horizon this season (“Orientation,” Sept. 12 at Godfrey's) that promises to be a sensual learning experience; it features humor, pasties and valuable life lessons taught by five of VCU Dance's skilled and scantily-clad alumna. The same night, Richmond Varietease performs its show, “Sass and Class” at the Canal Club, bringing in Richmond native Miss RunAround Sue of Sugar Shack Burlesque for one night of sublime slinkiness.