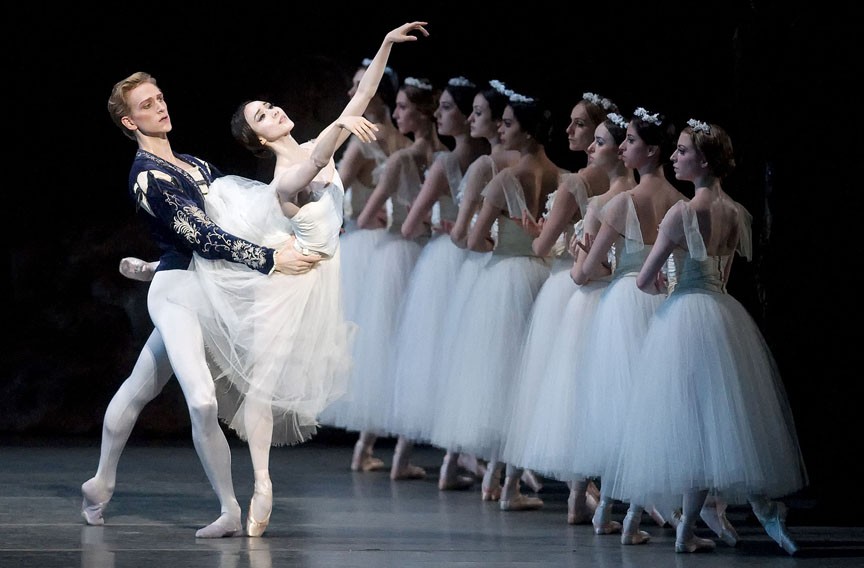 Virginia balletomanes: Prepare to swoon. American Ballet Theatre is not only coming to Hampton Roads, but also performing "Giselle" and sending all-star casts. You get your cake and some extra frosting too.

Though we Richmonders live within striking distance of the Kennedy Center, with its world-class dance lineup, traffic on Interstate 95 can be heinous enough to daunt the stoutest arts-loving heart. Enter the Virginia Arts Festival's presentation of American Ballet Theatre at Norfolk's Chrysler Hall this weekend, and of Lula Washington Dance Theatre and Gallim Dance in coming weeks. The American engagement "kind of fell in our lap," says the festival's executive director, Robert Cross.

"Always in the back of my mind I thought I'd like to have American Ballet Theatre here, and we just never thought it would work because it's so close to their spring season in New York," he says. But a couple of years ago, Cross heard from the ballet's executive director, Rachel Moore. The company had been watching the growth and success of the Virginia Arts Festival and was interested in participating.

"So we got into a long conversation about trying to find dates that would work," Cross says. "Somehow they felt like they could work in a week down here before their New York season opened," and the engagement was made. Three casts of star dancers — including Paloma Herrera, David Hallberg, Gillian Murphy, Xiomara Reyes and Herman Cornejo — will perform "Giselle," the crème de la crème of romantic ballet.

The festival balances this mega-classic with a presentation of the Los Angeles-based Lula Washington Dance Theatre, which Cross says was a big success a few years back. "It's a really high energy company, and we obviously like to have contemporary dance," he says. "We try to have multicultural dance when we can, because it really reflects the makeup of our community." The company will be in Hampton Roads for the week leading up to its public performance May 6, giving workshops and classes in schools.

On May 11, the festival presents Gallim Dance, a Brooklyn, N.Y.-based company founded in 2007 and garnering considerable critical acclaim in recent years. All in all, the Virginia Arts Festival's dance program feels beautifully balanced, designed to boost its stature as a major national arts event, and to enliven the end of Virginia's spring arts season each year. Who doesn't love to feel a little cosmopolitan? S

The American Ballet Theatre presents "Giselle" with the Virginia Symphony Orchestra at Chrysler Hall in Norfolk on April 20-21 at 8 p.m. and April 22 at 2:30 p.m. Tickets are $20-$75. For information, go to vafest.org.