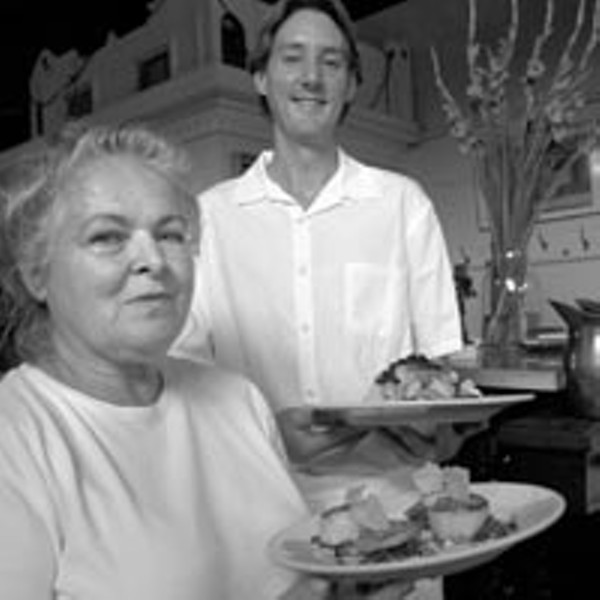 Dikos learned to cook from her neighbors in her hometown of Trikala, Greece, and learned English through classes, tutors and later by circling unfamiliar words in The Washington Post. Her interest in politics and current events inspired patrons to talk not just about food but also about issues and ideas, and she loved the swirl of professors and students who followed her from the restaurant's Harrison Street location to its current spot at Main Street and Shields Avenue.

Dikos came to America with her husband, Stavros, who already owned The Village Café (then across Harrison Street from the cafe's current location). Together they created a family and a way of life over the next four decades.

Now they'll spend more hours as Yia Yia and Papou with their two grandchildren by daughter Katrina Giavos and her husband, Johnny, whose restaurant empire includes Kuba Kuba, Sidewalk Café and 3 Monkeys. Katrina Giavos runs the dining room at Stella's; she says it's time to free her mother, who is 63, from the long days, the anxiety dreams, the physical demands of running a kitchen.

They've sold the place to Bruce and Virginia Rowland, who will open a dinner-only establishment, Rowland's, in mid-November. He was a private chef for Malcolm Forbes in the 1980s and has since worked in restaurants in North Carolina and South Carolina. "We'll make a special dessert in honor of Stella and put that on her chalkboard menu," Bruce Rowland says, fully aware that he's stepping into a sanctuary of sorts for many of Richmond's most fervent food lovers. — Deveron Timberlake