From steam engines to high-speed dreams, more than 180 years of railroad history have left indelible tracks on the city. 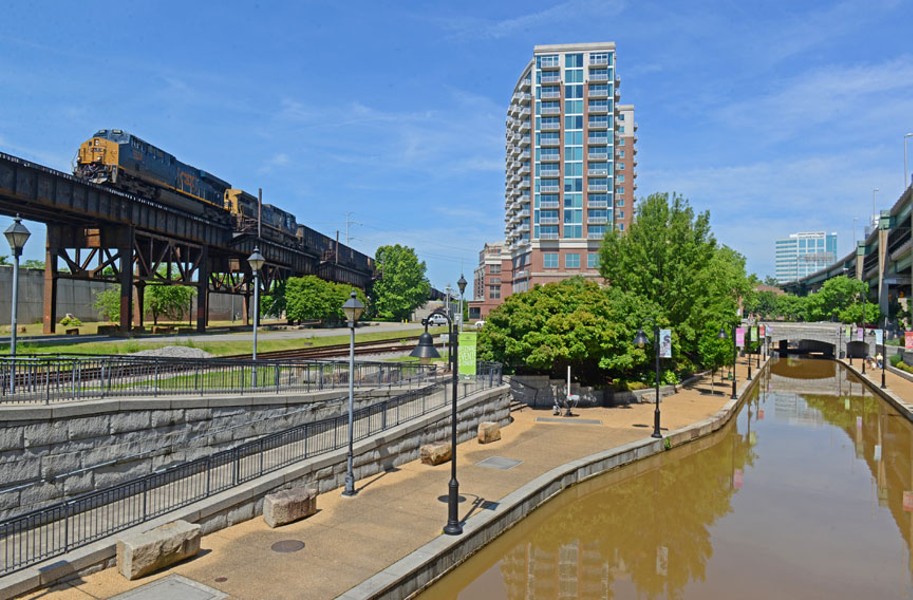 Scott Elmquist As seen from the Canal Walk a CSX coal train rumbles through downtown.

Richmond has a long and generally fruitful attachment to the railroad industry. It dates back to the 1830s when Tom Thumb locomotives rolled through town — essentially exposed boilers on wagons with four wheels.

Thirty years later, the city was host to five different rail lines, giving Richmond a reason, besides the Tredegar Iron Works, to be chosen as the capital of the Confederacy. When the Southern government’s leaders fled to Danville in 1865 as Union forces swept in, they did so by train over a James River bridge that was quickly burned.

By the mid-20th century, Richmond’s railroads were ablaze in a different way. Traffic was hot as locomotives and rail cars were painted in colorful liveries to entice customers. Six lines scrambled for passengers and freight business. 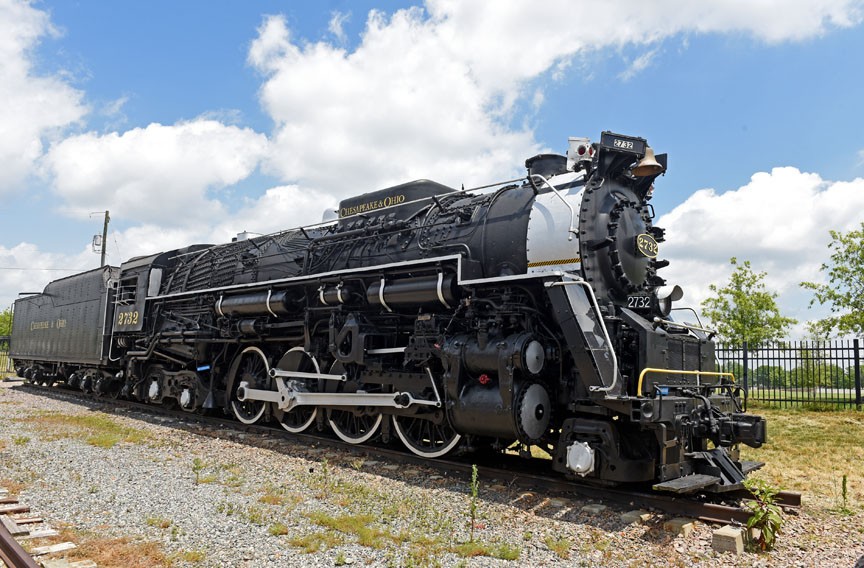 There were the purple and silver of the Atlantic Coast Line, the citrus of Seaboard Air Line, the stately blue and gray of the Richmond, Fredericksburg and Potomac, the blue and yellow of the Chesapeake & Ohio, green and white for the Southern, and black for Norfolk & Western. During the 1940s, up to 850 rail cars laden with war materials and troops clattered through town every day.

The city had its monuments to rail as well. Italianate Main Street Station opened in 1901 in the heart of downtown. Atlantic Coast Line built a graceful concrete arch bridge in 1917 that is still in daily use. Broad Street Station, designed by John Russell Pope in a neoclassical style, opened in 1919 to serve three carriers.

“I wish I could have been there to see it,” says the author of “Richmond Railroads,” Jeff Hawkins, a fire truck and ambulance designer. “It was amazing. There was so much traffic.”

Richmond also had its tragedies. The Chesapeake & Ohio had built a 4,000-foot-long tunnel beneath Church Hill in 1875 to help take coal traffic from Shockoe Valley down the Peninsula to a new coal pier at Newport News.

But the earth was unstable and the tunnel caused settling for properties above on Church Hill. The C&O found other routes and finally tried to repair the tunnel after years of disuse. In 1925 it caved in. Experts believe four were killed.

The tunnel was permanently sealed with a locomotive, 10 rail cars and presumably two bodies inside. 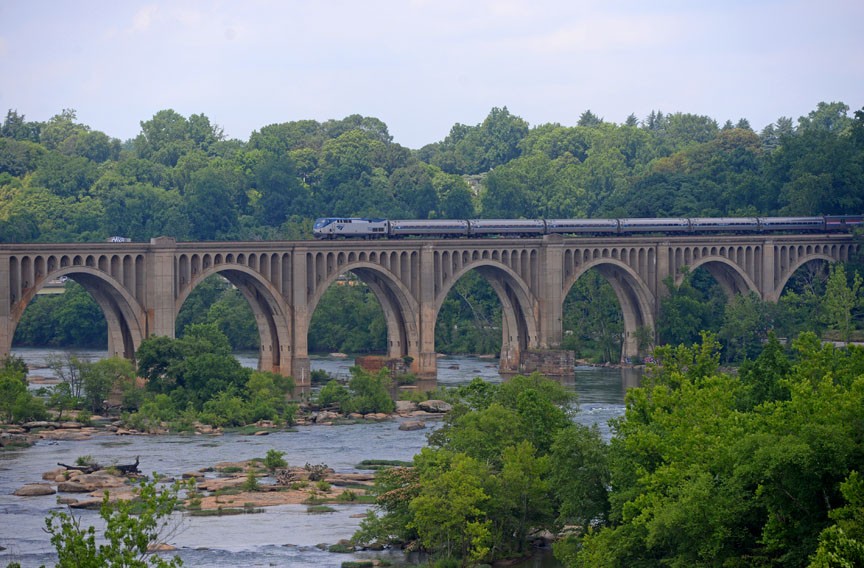 On the glam side, Richmond Locomotive Works, an offshoot of the Tredegar Iron Works, started production in 1887, becoming a historical noteworthy production facility. Operating from factories near Shockoe Valley and on the Boulevard, it produced 4,500 steam engines through 1927.

Among its most famous products was an engine operated by Finnish State Railways, which brought Vladimir I. Lenin from exile to Petrograd (St. Petersburg) in 1917 at the start of the Russian Revolution. Another locomotive led President Franklin D. Roosevelt’s funeral train in 1945. The red brick factory now houses Bow Tie Movieland.

The less savory aspect was that much of what is downtown Richmond and its environs were covered with rail yards, sidings and hundreds of cars, all moved about by loud contraptions that bellowed coal or oil smoke.

“Steam engines scare the crap out of me,” says Doug Riddell, a former railroad brakeman, engineer and public relations executive with Amtrak who lives in Ashland. At 66, Riddell says he’s just young enough to recall the transition era of the 1950s, when railroads were shifting from complicated, high-maintenance steam engines to cleaner diesel ones.

“Steam engines were loud and very dirty,” says Riddell, who was chief photographer and a government affairs official for Amtrak. 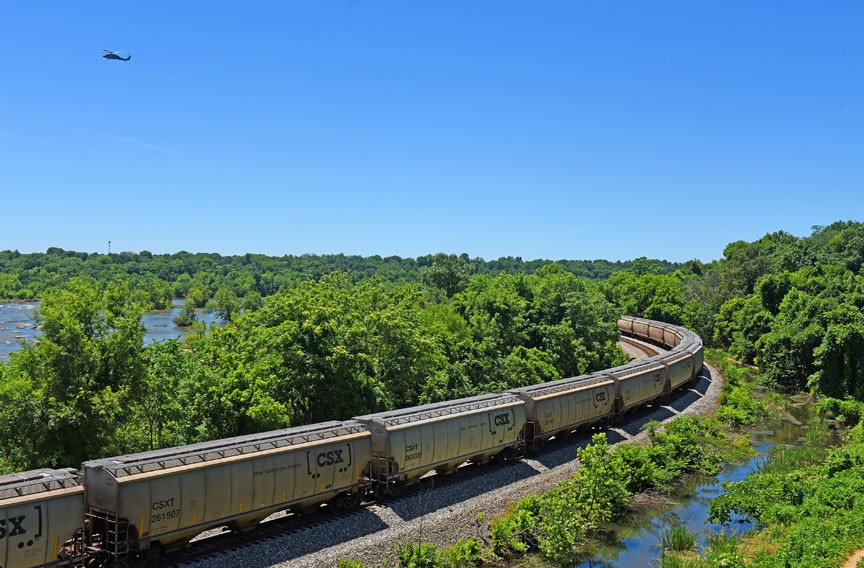 They were everywhere, too. Prime real estate now covered by the Federal Reserve Bank and nearby areas was a maze of rail yards, as was a section near the Siegel Center at Virginia Commonwealth University on Broad Street, where the RF&P put trains together. Other tracks linked boxcars with cigarette factories on Tobacco Row.

They were covered in clouds of filthy coal smoke, Riddell says. As modern highways started to be built and airlines stole rail passengers, Richmond’s leaders started big plans to move railroading away from the center of town.

One choice spot was the Acca yards, which had been a major engine maintenance area for the Richmond, Fredericksburg and Potomac and now is one of the busiest rail switching yards on the East Coast. It’s operated by CSX, the result of mergers among the Atlantic Coast Line, the C&O and RF&P.

“Railroads are inherently dangerous work,” says Riddell, who spent a year and a half training to be an engineer for Seaboard Coastline. He says on the first night of his job, April 27, 1979, “One almost killed me.” He was on a GP-9, an early model diesel in Dillon, South Carolina, when the crankshaft exploded. But he wasn’t hurt. 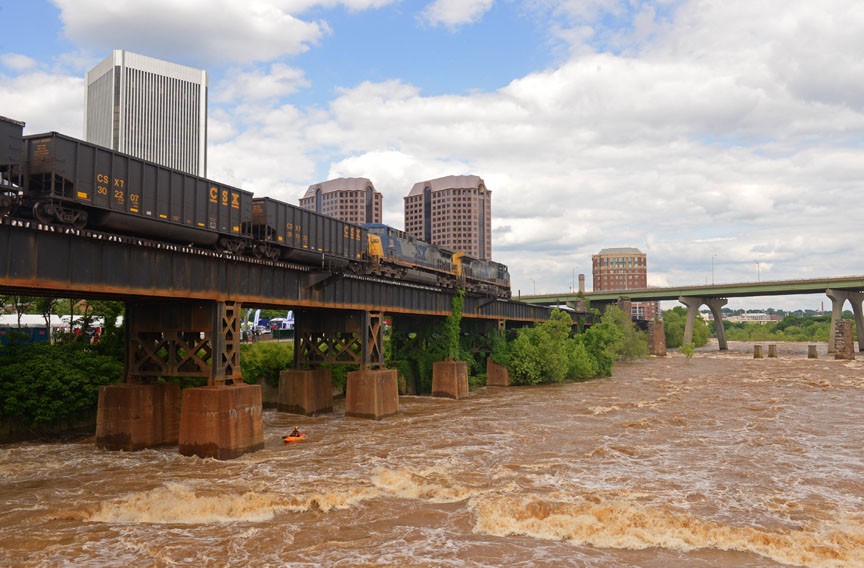 The transition to diesel came as new roads such as interstates 95 and 64 were transforming the city, drawing mostly white residents to suburban developments in Henrico and Chesterfield counties. The city leadership also wanted to get rid of the old rail yards, which took up useful space such as the lots by the James River.

Although passenger rail ridership was rapidly diminished, rail strangely followed the superhighways out of town. When the Powhite Parkway was built in the 1970s, its construction accommodated an upgraded, double-track rail line.

Hawkins, whose great-grandfather was a passenger engineer on the Richmond, Fredericksburg and Potomac, notes in his book that as rail yards were demolished, “a construction boom downtown resulted in over a dozen high rise structures being constructed that forever changed the face of Richmond.”

Meanwhile, the weakened rail carriers were going through a wave of mergers to fend off competition from trucks on interstates. Seaboard Air Line, RF&P and Atlantic Coast Line merged to become Seaboard Coast Line, which once occupied a large office building at Broad Street and the Powhite Parkway. It later became CSX which gobbled up part of Conrail. Their passenger services were merged into the government-run Amtrak. Norfolk & Western and Southern also merged.

Amtrak’s progress likewise was uneven because it couldn’t compete with airlines outside of its heavily traveled Northeast Corridor route. For years, Riddell was at the controls of the Silver Meteor as it hauled passengers from Richmond to Washington, and at the Silver Star, which made the return run. There was a big celebration when he retired Dec. 18, 2012. 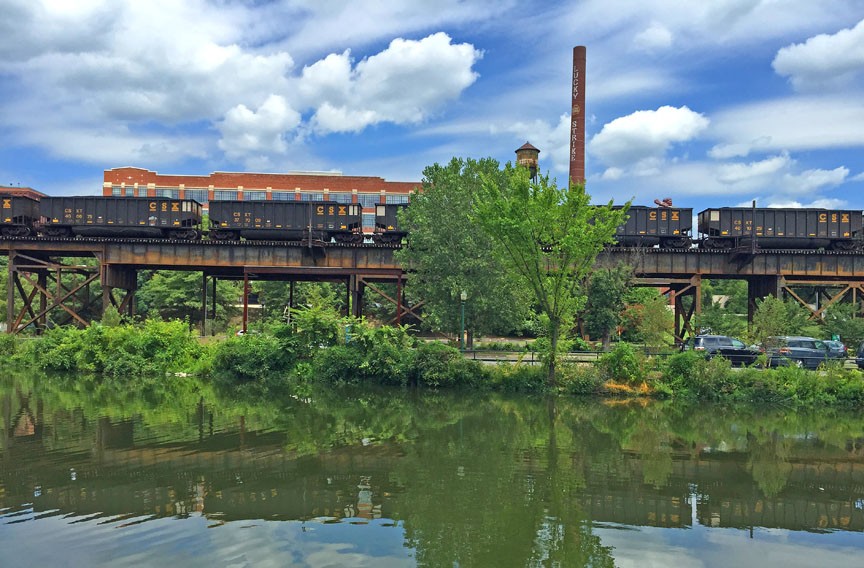 At the moment, passenger rail seems brighter, possibly because security has made domestic air travel troublesome. Amtrak has added trains from Richmond and Lynchburg to Washington. A Norfolk section will come soon.

A $132 million project with $117 million in state funding is in the works to add a bypass for Amtrak to help serve Main Street Station. The track will skirt the busy tracks at CSX’s Acca Yard, one of the busiest freight switching areas on the East Coast. That could make the run from the Staples Mill Road Station to Main Street Station take less than 10 minutes rather than a half-hour or more.

High-speed passenger rail makes slow progress. One problem is that the tracks need to be free of crossings. Ashland is a particular problem in this regard. The downtown area of the picturesque town has two active rail tracks. One plan would create a bypass to the west, but landowners protest. Riddell says there’s really no alternative — there isn’t enough room downtown for three tracks. The Commonwealth Transportation Board recently approved a $758 million package over six years to improve passenger service from Hampton Roads to Washington.

About 18 passenger and 50 freight trains pass through the area daily. CSX and Norfolk Southern have been hit with some downturns.

A lack of demand for steel globally has seriously cut coal shipments to Hampton Roads ports. Low oil prices have even cut back tank car trains that CSX used to haul shale oil drilled through hydraulic fracturing, or fracking, from North Dakota’s Bakken Fields to a port facility at Yorktown. Hawkins says that CSX may downgrade its former main line that runs through downtown Richmond on a lengthy viaduct.

There’s plenty of other freight traffic, however. Tropicana orange juice trains pass through, as do those carrying grain, mixed cargo and containers, largely form Virginia’s ports. Both Norfolk Southern and CSX have plans to increase the height of tunnels so that double-stacked container trains can pass.