The Virginia General Assembly building in Capitol Square is on the slate to be replaced. Here's the best plan of action.

For 125 years, Preservation Virginia has kept tabs on the state's historical and architectural patrimony and publishes an annual most-endangered list. Current sites include Pocahontas Island near Petersburg, the waterfront views near Williamsburg and Richmond's Shockoe Bottom. The latter dodged a bullet — at least temporarily — last week when Mayor Dwight Jones pulled his stadium development plan from a vote by City Council.

But let's add another Richmond site to the list: the worthy but threatened Virginia General Assembly building, which occupies the prominent block bounded by Broad, Ninth and Tenth streets and overlooking Capitol Square.

A request for proposals has been issued to replace this architecturally exquisite office complex with a 450,000-square-foot high rise to serve the 140 legislators and their staffs who descend on Richmond each winter. The senators and delegates long have pounded a drumbeat citing the former life insurance company building as "asbestos laden, mold-infested and roof leaking." One can almost hear the knowing chortles as Sen. Dick Saslaw reportedly told a budget committee meeting, "Mr. Chairman, the best thing that can happen to this building is about 100 sticks of dynamite."

The General Assembly Building is really four structures built during a span of half a century. It was remodeled in the early 1970s to serve the legislators and their staffs and constituents. In various ways the structure combines the finest assemblage of 20th-century architecture in downtown Richmond. And so while the General Assembly deserves excellent facilities in which to serve the people, does this building need to come down?

Capitol Square and its environs offer multiple and savvy examples of how to rehabilitate old buildings for new uses. The former state library and Supreme Court now is the Patrick Henry executive building. The Capitol itself got a cleverly conceived underground addition. And
the Ninth Street Office Building is being retrofitted to house the attorney general.

The General Assembly Building is as worthy of continued use as these. Its core structure, facing the square, was built in 1906 by a major insurance company at about the same time the Capitol's two wings were added and the Executive Mansion expanded.

It's clear that the architect, Alfred Bossom of the prominent New York-based Clinton & Russell firm, knew the architectural bar was high. He responded accordingly by delivering a dazzling and substantial complement across Capitol Street. The building's jaw-droppingly handsome beaux arts Corinthian southern facade, especially at certain times of day when its deeply cut, sharp classical details pop against dark shadows, is worth a trip downtown. And the elegant and intelligent midcentury-modern, western addition of 1964 by Marcellus Wright Architects is Richmond's finest midcentury modern high rise. 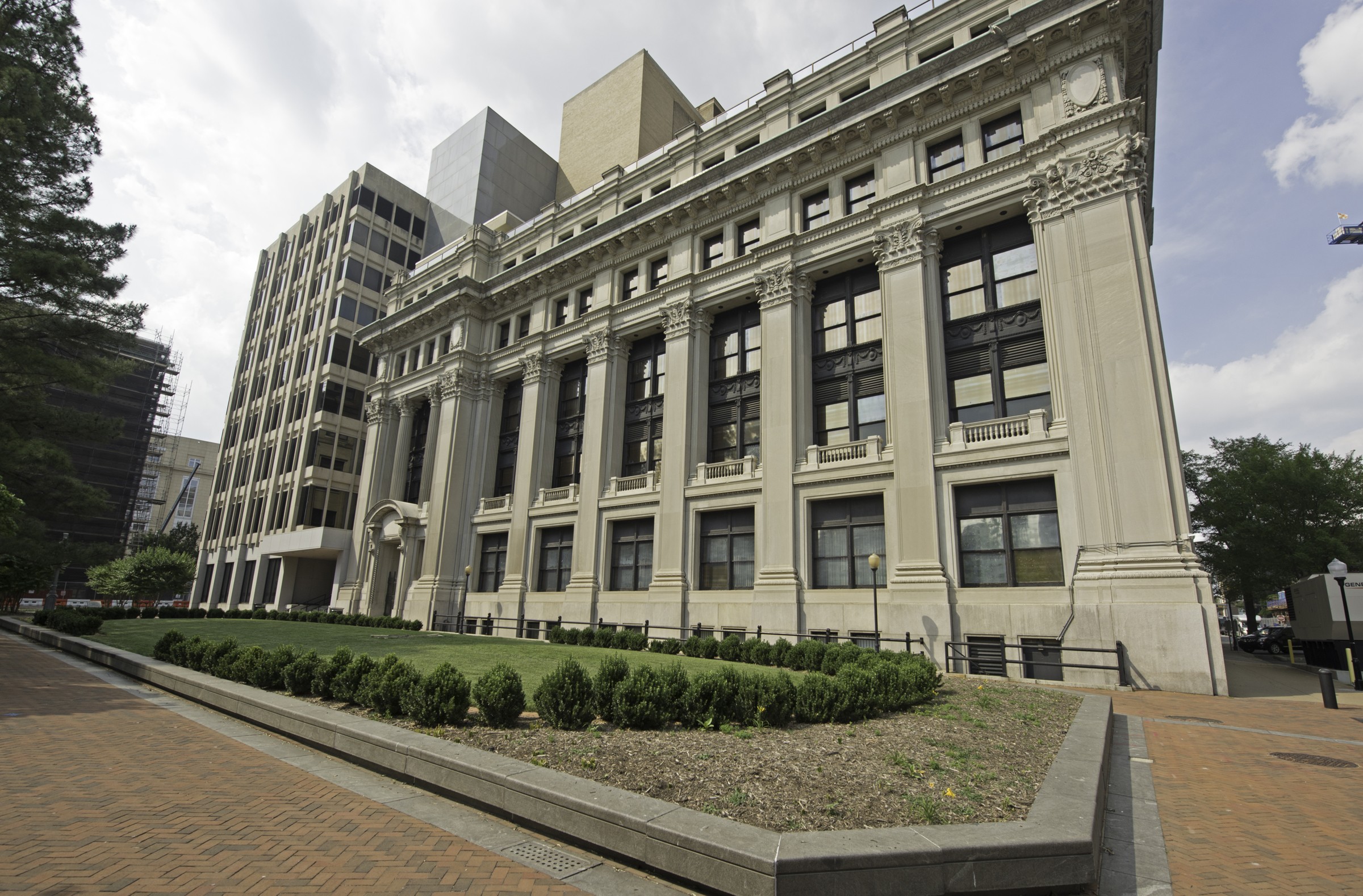 Whatever architect is eventually selected for the General Assembly Building redo, this will be is a signature assignment on a singular site. But all concerned should resist overly tampering with the exterior: It's pretty close to perfect, as a country music hit would phrase it. And because the General Assembly Building's innards have been scrambled — in some places for more than a century — the building could be further gutted for new spatial configurations and additional floors added above.

The bid request issued for the General Assembly Building reads that plans: "Shall respect and support the surrounding architecture and historic context of Capitol Square. … Given that legislative functions are conducted in the Capitol (a national historic landmark) and the GAB, the new GAB shall be both 'polite' and 'respectful' to the Capitol while also being distinguished and enduring in its own right." Amen.

Another part of the Rubik's Cube-like reworking of state facilities downtown is a new parking deck directly across Ninth Street from the building. While it's disheartening to place a 500-vehicle parking structure on Broad Street, the city's most prominent thoroughfare, the devil will be in the details. While this may be a back-office type of structure, it must be designed with a Main Street attitude. It will face the stately Library of Virginia across the street and should be designed to add needed vitality to the pedestrian experience: The ground floor should offer retail activities.

I've often wondered: Considering the VCU Medical Center, city, state, federal and courts employees and tourists, aren't there enough folks in this part of town to support a drugstore, more casual restaurants and perhaps a newsstand and bookstore?

And regarding the suggested above-Ninth Street-bridge to link this state parking deck with the General Assembly Building, let's not. An under-the-street tunnel would do the job, if really necessary, without blocking daylight, vistas and diminishing the spirit of a district rich in historic, cultural and religious connections.

The envisioned architectural activity near Ninth and Broad streets offers the potential of knitting together what's been an underutilized zone. It can be done by retrofitting the General Assembly Building's classical wing, which architectural historian Robert Winthrop has called "unmatched in Richmond," and the midcentury modern tower he deemed the "most sensitively designed highrise in the city," building a parking deck with commercial activity at ground level and nixing the bridge. In doing so, the considerable and rarified glories of Capitol Square will be better connected to the day-to-day pulse of the city beyond. S