With so much focus on Shockoe Bottom from City Hall, why do business owners increasingly turn to the state for answers? 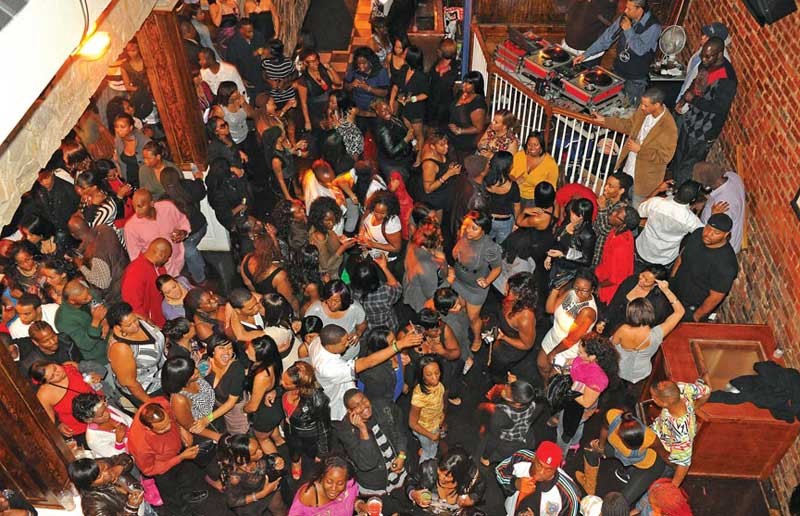 Richmond officials have huffed and puffed, but just weeks after the release of the city’s long-delayed Shockoe Bottom redevelopment strategy, it’s the state that’s dictating the immediate future of the neighborhood.

The Virginia Department of Alcoholic Beverage Control was the setting for a truce Nov. 16 between Shockoe Bottom business owners Rodney Peterson and William “Mac” McCormack, who’d challenged the liquor license application for a nightclub co-owned by Peterson.

Peterson agreed to a set of voluntary but legally binding concessions, walking away with the promise of a liquor license for Aqua, a yet-unopened nightclub in the 1700 block of East Main Street. In exchange for dropping his challenge, McCormack received assurances that the club is instituting an age restriction — no patrons younger than 21.

Challenging a prospective business owner’s liquor license application is common, says lawyer Michael Lafayette, who represents some 30 club and restaurant owners across the city. Residents often resort to challenging an establishment’s ABC license when they feel there’s no other recourse, he says.

That the state is playing such a key role in Shockoe Bottom is telling. The Bottom has been the focus of seemingly constant study and consternation from City Hall. The city finally released a long-awaited revitalization strategy for the neighborhood earlier this month, but the study only vaguely refers to the creation of an entertainment district in the area. There’s no mention of the nightclubs that have become the center of the debate surrounding violence. In the absence of a clearly defined plan, bigger questions remain: Can a Shockoe entertainment district succeed with the city punting aspects of nightlife regulation to the state?

Mike Rubin, one of the principals in MRA International, a Maryland-based group that specializes in urban entertainment planning, says that such a district can be a powerful redevelopment tool even without leadership from city government. “If you look across the country — South Street in Philadelphia, for example,” he says — “the success of these established entertainment districts is a market-driven phenomenon.”

But districts with significant public safety concerns require stronger hands, Rubin says. Legislation such as the city’s one-year-old dance-hall ordinance was intended to provide officials with an additional tool to regulate bars and nightclubs. But still there are flashes of violence.

The latest crime statistics indicate that even with beefed-up police presence, crime in the Bottom is increasing — but only slightly. There have been two homicides and 70 assaults, this year, up from 66 assaults at the same point last year.

But the October fatal shooting of Justin R. Morgan in the parking lot outside Have a Nice Day Café prompted Mayor Dwight Jones to call for what he called zero tolerance on crime in the neighborhood, though he provided little detail as to how that would be accomplished.

To Lafayette, the lawyer, that’s a lack of leadership. “Rather than trying to get around the problem by regulating dancing,” he says, “let’s actually develop an entertainment district ordinance that actually addresses the issue of public safety.”

Last week, Richmond Commonwealth’s Attorney Michael N. Herring bolstered the point: After reviewing 35 police reports since 2009 that mentioned Have a Nice Day Café, Herring couldn’t establish a direct link between violence in the Bottom and the controversial club.

But in providing a resolution for disputes such as the one between McCormack and Peterson, the state’s much-maligned alcohol board can act as an honest broker. When the concerns are legitimate and the complainants reasonable, the process can work in everyone’s favor, Lafayette says: “It’s when the complaints are unreasonable that a business may be saddled with unfair restrictions.”

Nat Dance, longtime owner of Club 534 on Harrison Street near Virginia Commonwealth University, has in the past agreed to specific restrictions that prevent patrons from wearing certain types of hiking boots. Some of them seem silly in hindsight, he says, “but you have to accept them out of necessity. You’re a small business. You’re already on a budget. You’re struggling even before you open up. So you can’t afford to delay opening your doors and start bringing in money.”

For area neighborhood associations, however, the process provides a separate channel outside of the city’s zoning boards to weigh in on the placement of nightlife-related businesses.

Charlie Diradour, chairman of the Fan District Association’s zoning enforcement committee, says the association invites prospective business owners who apply for a liquor license for a discussion of their intentions. “Afterward we report back to the ABC our findings,” he says. “It’s our obligation to determine what they’re going to do and determine what’s best for the neighbors and businesses that are going to affected by another restaurant.”

But unlike the Fan, the Bottom, historically a commercial hub, has experienced a recent surge in residential growth. To sustain it, the city may have to take charge of the area’s development. “You can put all the money in the world into a building,” Lafayette says. “But until everyone is on the same page in terms of public safety, nothing is going to change.” S