State of the Keg

Since Style’s inaugural Beer Issue last summer, the River City’s pint has runneth over. A host of new breweries and bottle shops have shot up across town, with restaurants and bars expanding their tap lists and brew-centric festivals proliferating at a rate that surprises even this festival obsessed region.

Richmond welcomed the likes of Foothills, Lone-rider, Smartmouth and Sweetwater among others to the market. The success of offshoot scene-supporting startups, such as RVA Yeast Guys and Shine Craft Vessels, are proving beer to be more than just a palate-pleasing pastime — it’s inspiring ingenuity and economic growth.

And yes, the denizens of this fine Commonwealth are drinking the hell out of it.

The growth seems unabated. In the pages that follow we profile four breweries that opened since our first Beer Issue in the summer of 2013. And here are more plans in the works from purveyors to further fill your glass: 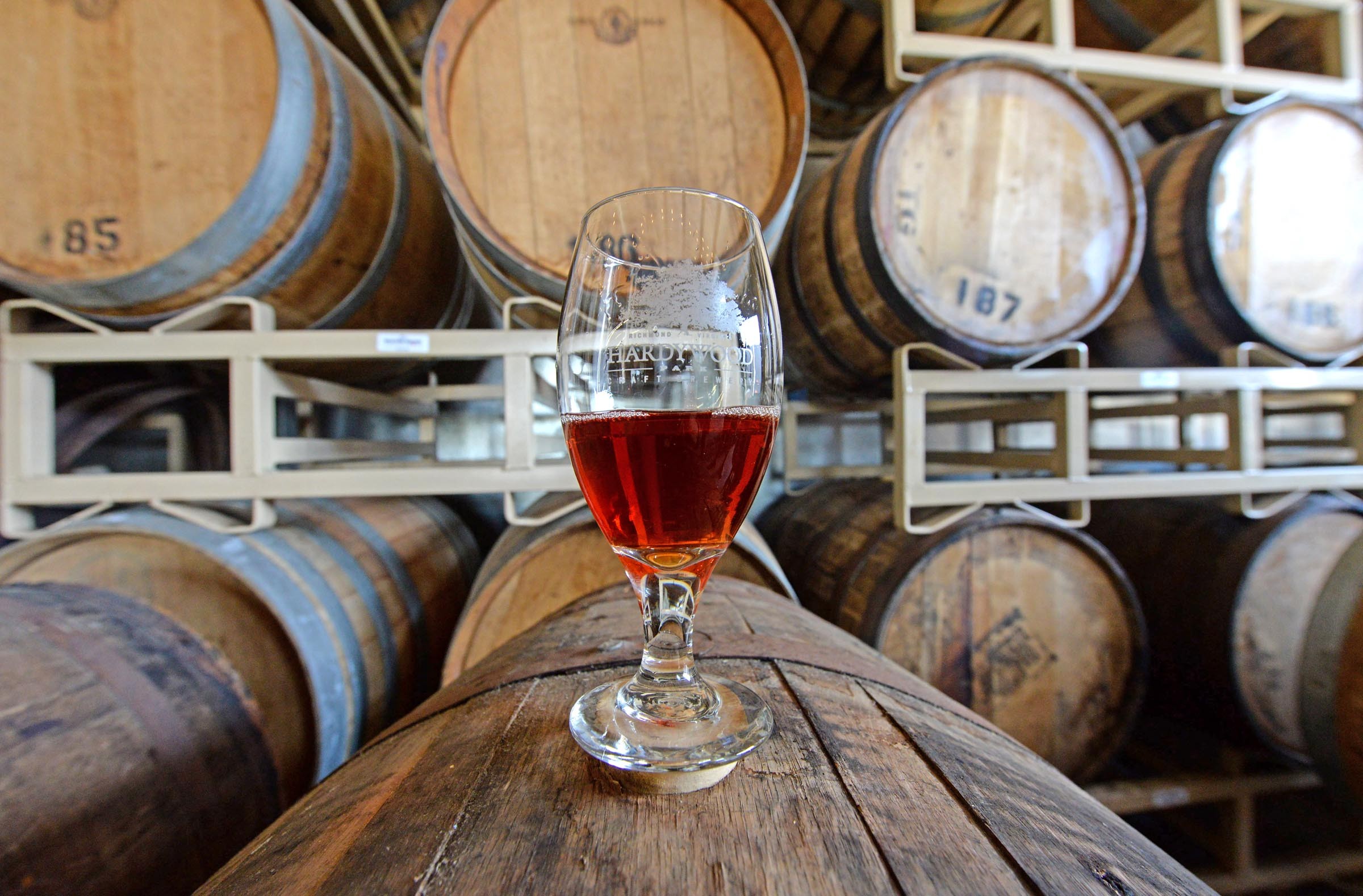 “We’re Virginia born and brewed,” Midnight Brewery owner Trae Cairns says. To that tag line, perhaps these folks should add the descriptor big. The brewery, located in Rockville just minutes from Short Pump, broke ground on an expansion in March. It hopes to be up and running by the end of August with a 10-barrel brew house and 20-barrel tanks, equipment purchased from O’Connor Brewing in Norfolk. Midnight also plans to start bottling its beer toward the end of the year.

Cairns and company worked with the State Fair of Virginia on Midway, an American wheat beer with a hint of Virginia honey guaranteed to grow its fan base. “I pitched a style that I thought would appeal to everybody because you get such a diverse crowd at that kind of event,” Cairns says.

The plan paid off with positive early reviews, even from the toughest crowds. Midway was the sole craft beer at K95’s Countryfest. “People had stacks of empty cups with our logo on it, which was pretty cool,” he says.

Also getting bigger and badder is Strangeways Brewing, which snagged a spot on Bon Appetit’s 10 U.S. Breweries to Watch list. It’s been churning out beers from its laboratory from tangy sours to robust porters, increasing its tap list to 25.

Hardywood Park Craft Brewery recently inked distribution deals to get its goodness in the hands of imbibers in Northern Virginia and out west toward Charlottesville, and Isley Brewing Co. installed new tanks and increased production as well.

As for the granddaddy of Richmond breweries, Legend, it’s still going strong. In the past year it celebrated its birthday with a big shindig and the release of its 20th Anniversary Ale, an imperial spin on its classic brown. In keeping the party alive, the Manchester brewery will continue to hold celebrity pin tappings on the 20th of every month through the end of the year.

While it isn’t exactly an expansion, the Answer’s proximity to Mekong feels like one. An Bui’s latest endeavor — named for his oft-quipped cheer, “beer is the answer” — by far is the most anticipated opening in Richmond, with good reason. Mekong has won Craftbeer.com’s title of America’s No. 1 Craft Beer Bar for two consecutive years. So another Bui creation promises more good times and well-deserved hangovers.

Compared with Mekong, the Answer is massive. Multiple rooms boast beautiful blond wood bars, 20 or more round tables and an impressive stage for late-night live music. “Happy hour, dinner and late night — we’ll do it all,” he says.

Bui says it also plans to fill growlers and maybe venture into craft sodas. While the Answer isn’t whipping up anything on site just yet, collaboration brews with Triple Crossing, Cigar City and Strangeways are keeping head brewer Brandon Tolbert busy.

“The Answer still has lots of questions,” Bui says, laughing. One of those unknowns is the number of taps. It’s all still up in the air, but there definitely will be the return of the Andall (ask him) and at least seven taps to start with plans to expand as needed. Bui recently got his food permit and hopes the ABC license soon will follow, which ultimately determines the official opening date. And just last week came news that Bui had agreed to buy the long-running Commercial Taphouse & Grill in the Fan.

To the brim and beyond

A few other doors plan to open this fall. You may recall the tale of an up-and-coming downtown brewpub called Haxall. After four years of trying, the folks behind it have re-branded the venture as 7 Hills Brewing, with newly added brewer Jeff Metz at the helm of the tanks

Located in the former Stool Pigeons building down from Buffalo Wild Wings in Shockoe Slip, the brew pub will offer a full menu and beers inspired by the James River, including Texas Beach ThaIPA, which made its first appearance on Richmond’s Beerhistoric Tour a few years ago. Co-founder Ross Renfrow, who also owns nearby Fish Bowl Bistro & Bar, is a native Richmonder and visibly pumped about the new venture opening this fall.

And if all goes as planned, Carytown will get its first brewery. Ryan Mitchell of Garden Grove Brewing Co. reports that while there isn’t a firm opening date, owners are shooting for sometime between September and October to open the doors.

“We’ll have six to eight beers on tap ranging from stouts and red ales to lagers. One of our favorites is the Carytown Brown Ale,” Mitchell says. He recommends checking Garden Grove’s Facebook and Twitter pages frequently while it works on its build-out, promising plenty of progress reports and photos.

Richmond also is courting one of the nation’s biggest and most delicious breweries, Stone Brewing. The company is seeking a location for its $30 million East Coast operation, which would create jobs and proximity to some serious, killer brew. Spokeswoman Sabrina LoPiccolo wouldn’t spill the beans on Richmond as a consideration, but did offer a little scoop about its East Coast venture: “We are looking to identify and begin construction this year.”

If beer isn’t your thing, you’ll be able to get your buzz on at Black Heath Meadery in Scott’s Addition. Founder Bill Cavender will be serving up delectable libations before the end of the year, ranging from basic hydromel, or water-honey to herbed metheglin with hints of nutmeg and clove just in time for all of those holiday gatherings.

Cider mainstay Blue Bee has doubled its production and looks to grow by about 30 percent next harvest. Founder Courtney Mailey says she might consider another location to support growth, but for now she’ll remain in Manchester.

There, she’s working to dazzle beer and cider lovers alike in August with a new batch of Blue Bee’s Cascade and citra hop-infused creation, Hopsap Shandy. “We were the first to hop cider,” she says. “We’ve got the regulatory stripes to prove it.”

Editor's note: The above story reflects a correction to the print version, in which we misspelled Courtney Mailey's name.