Starting Lines: How Richmond’s Arts and Culture Community is Connecting With the Race

Whether or not you become a spectator, the city will fly its cycling flag high with exhibits, rides, activities and, yes, even beers to celebrate the UCI Road World Championships. Here’s a sampling of events during race week. More listings in the Style Weekly events calendar.

Visitors can hop on bikes and take a virtual tour through works in the museum’s collection. Tinkering types will get a kick out of creating objects from bike parts. A bicycle mural #VMFAartcycle provides the setting for selfies. VMFA education center, 200 N. Boulevard, vmfa.museum.

Artists interpret the art of cycling at a juried exhibition featuring bicycle-themed work in myriad mediums — painting, sculpture, photography, mixed media — all of which are for sale. Receptions are Sept. 18 and 25, 7-10 p.m. Art Works, 320 Hull St., artworksrichmond.com.

The bike race is passing in front of venerable Main Street Station, and there’s an outdoor market in the plaza lot across the street. Yes, where the MegaBus picks up passengers. But did you also know that’s the location of Tesla and EV-charging stations? 1500 E. Main St. Search Facebook.

In Gear: Richmond Cycles — Through Jan. 3 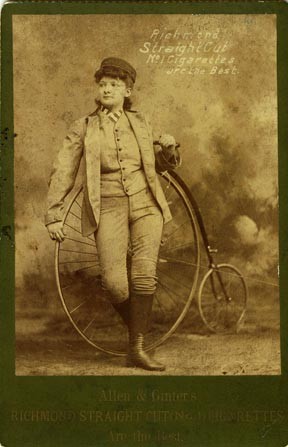 From Bicycle Club to Botanical Garden — Through Sept. 27

Lewis Ginter Botanical Garden is the starting venue for the elite men and women’s team trial events Sept. 20, and open free that day. Fitting also because it’s the site of the former Lakeside Wheel Club. Visitors can see the garden’s permanent exhibit augmented for the race with panels on topics such as women and fashion in the Bicycle Boom. Open until 8 p.m. throughout the race. Lewis Ginter Botanical Garden, 1800 Lakeside Ave., lewisginter.org.

Glave Kocen Gallery showcases Matt Lively’s popular Beecycles along with Benjamin Frey’s kinetic wax pencil drawings on antique book pages. Lively has repainted a wall of the gallery with a mural featuring a thousand of his creations. Giant Bicycle, a sponsor of some of the race’s top contenders, will take over the gallery floor for a concurrent pop-up shop and meet-and-greet with cyclists. Glave Kocen Gallery, 1620 W. Main St., glavekocengallery.com.

Balance in Motion: the Evolution of Cycling in America — Through Oct. 18

Guest curated by Richmond historian and cycling authority Jesse McCauley, this is the exhibit for those curious about the social history of cycling. From a 19th-century world that didn’t think it fitting for women to bike comes a description of a fictitious condition called “bicycle face,” a public caution for women not to overexert themselves. The Branch Museum of Architecture and Design, 2501 Monument Ave., branchmuseum.org.

Thanks to the Bicycle Museum of America, this exhibit has the biggest array of unique bicycles on loan. Baby boomers can stroll down memory lane with a 1955 Huffy Radiobike — its radio built into the fake gas tank — or the Schwinn Orange Krate Stingray designed to look like a ’70s muscle car complete with five-speed shifter. The Drombosky Tallbike looks straight off the Lamplighter logo. Science Museum of Virginia, 2500 W. Broad St., smv.org. 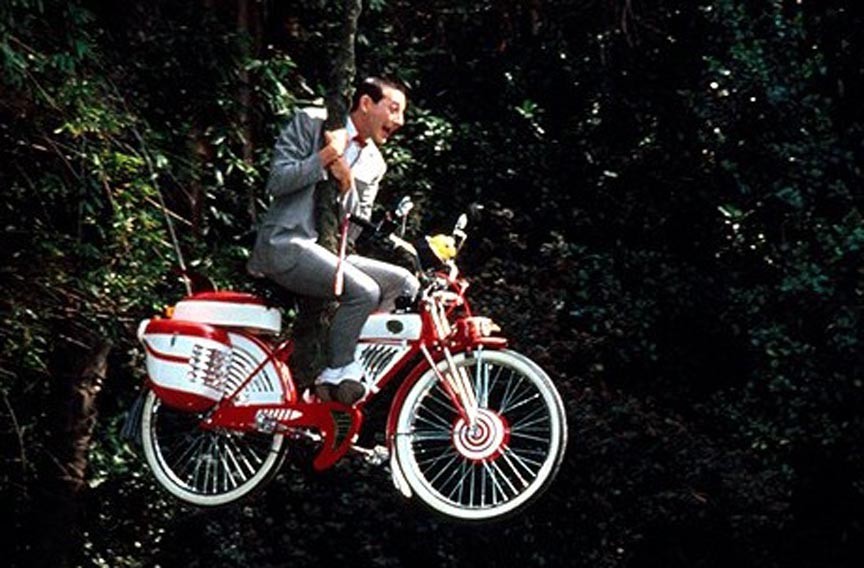 Beer and biking go back at least as far as the roaring ’20s, when Bavarian Franz Kugler put a bike path through the woods to his beer garden, only to be inundated by thirsty cyclists. Brilliantly combining what beer he had with unsold lemon soda, he dubbed it the Radler — Bavarian for cyclist — and a lower-alcohol beer was born. Stay upright on your bike longer with a choice of Totally Tubular Zitrone Radler lemon, orange or grapefruit. Strangeways Brewing, 2277-A Dabney Road, strangewaysbrewing.com.

In cooperation with the UCI, Blanchard’s is offering a Richmond 2015 special release coffee from Quindio, Columbia. It’s a fresh harvest release, meaning the coffee you’re getting now is from the beginning of harvest season. As we approach the race, the coffee continues to evolve as it’s roasted through the end of harvest production. Biking evolved, coffee evolves, get it? Blanchard’s Coffee, 700 Bainbridge St., blanchardscoffee.com.

Richmond Cycling Corps started the first inner-city cycling team in Virginia at Armstrong High School. To celebrate its fifth anniversary, the group’s worked with Art 180 to invite 23 artists to paint bike frames. Those will be auctioned off to benefit Art 180 and the cycling corps. The frames can be turned into functional bicycles or displayed as art for the ultimate souvenir. VMFA, 200 N. Boulevard, rcclegacy2020.com.

Speaking of the Richmond Cycling Corps, they’re the beneficiaries, along with nonprofit Sportable, from the sale of distinctive mirror-finish bike helmets. Yes, Richmond, we have our own bike helmets. I Am RVA, a new nonprofit, collaborated with Giro Sport Design to create the headgear for Richmond riders. It’s a smart and stylish way to spend $50, with proceeds going to local nonprofits, including helmet donations to Richmond kids in Sportable’s cycling program and at the new Armstrong Bike Park in Fairfield Court. (Style Editor Jason Roop serves on the I Am RVA board.) Helmets are on sale now and available during the race. IAmRVA.com.