Local artists are doing it themselves with Kickstarter. 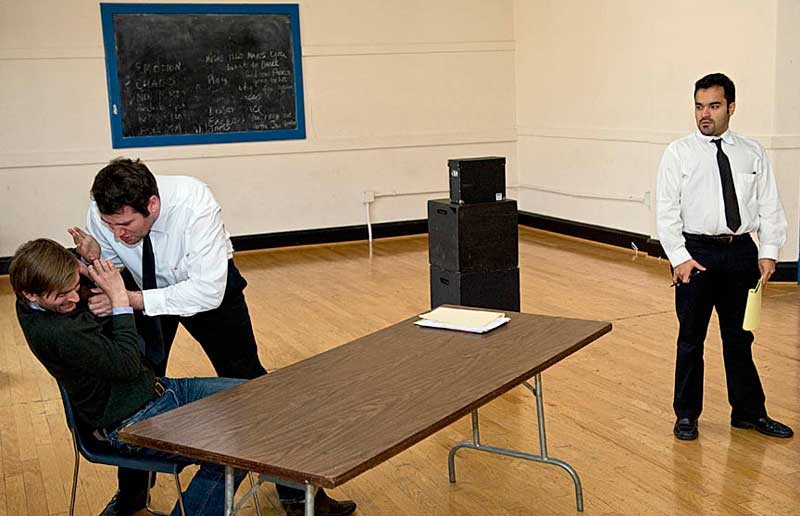 Bryan Hall needed to come up with $2,000 in a hurry after learning that Virginia Commonwealth University wouldn't allow his troupe to stage a student production of Irish playwright Martin McDonagh's controversial "The Pillowman" at Shafer Street Playhouse.

Was it because the dark comedy revolves around the serial murders of children?

No — it was because one of the actors simply didn't meet the academic requirements for using the university's theater.

The show must go on, however, so Hall — theater major and the play's co-director — went online with his fellow student thespians to Kickstarter. They ended up raising more than $2,200 — enough to rent performance space at the Firehouse Theatre Project for a Dec. 8-10 run. "It's been a fantastic way to do it," he says.

Across Central Virginia, artists are using Kickstarter to seek donations to support their creative endeavors. If these would-be creators reach a fundraising goal within a predetermined time, they receive the money, with the website taking a 10-percent commission.

Like a telethon, artists reward donors based on how much they contribute. For example, for $15, the "Pillowman" troupe includes a donor's name in its program booklet. At the $60 level, donors receive a ticket to the performance, along with an autographed cast photo.

Terra Dance Project, a Virginia-based troupe of James Madison University dance graduates, raised money to hold a Dec. 3 performance at Dogtown Dance Theatre in Manchester. "We were really nervous that we wouldn't be able to reach $750, and we actually ended at $1,205," member Ilana Burger says. Terra Dance Project bought costumes with the extra money. Burger credits its success to getting the word out via Facebook and Twitter, and posting regular video updates of rehearsals on the Kickstarter page.

Not everyone reaps success from Kickstarter, though. Making money through the service requires some marketing savvy and elbow grease, and it can be difficult to promote a lesser-known project.

Richmond musician Jon Ramsey bombed when he tried to raise $4,500 to fund the recording of an album by his band, a Group Called Jon Ramsey.

"I'm working 9 to 5 just trying to provide the money for the actual production [of the album] in the studio, so I didn't have a lot of time to self-promote," Ramsey says. "I think it's something you've got to stay on in order to reach your goal."

It also helps if you have a built-in fan base, such as Charlottesville band Sons of Bill. In just 24 hours, Sons of Bill exceeded their $20,000 goal to pay for the production of their forthcoming third album, "Sirens." They wound up raising $45,000.

"If you have fans who really love and believe in the band, they will donate," keyboardist Abe Wilson says.

"Some people use Kickstarter almost like a charity," says his brother, singer and guitarist James Wilson. But Sons of Bill didn't want their fans to feel like the band was seeking a handout. They wanted their followers to have a sense of ownership in the new album and to be rewarded for their support. For $10, donors will receive a free download of the new disc. At higher levels of support, donors get signed posters, vinyl albums, T-shirts and even a private party with the band.

Kickstarter is a great equalizer for do-it-yourself-minded artists, James Wilson says: "Anybody can make a record, anybody can have a website, anybody can get their music online. It's kind of a new age for the arts. It's really been democratized in that way, both in the way art is made and the way it's consumed." S

"The Pillowman" will play the Firehouse Theatre from Dec. 8-10 at 7:30 p.m. Tickets are $10 at the door and $5 with a student ID. For information on Kickstarter, go to kickstarter.com.