Start It Up: Tech entrepreneurs vie for success in a crowded market 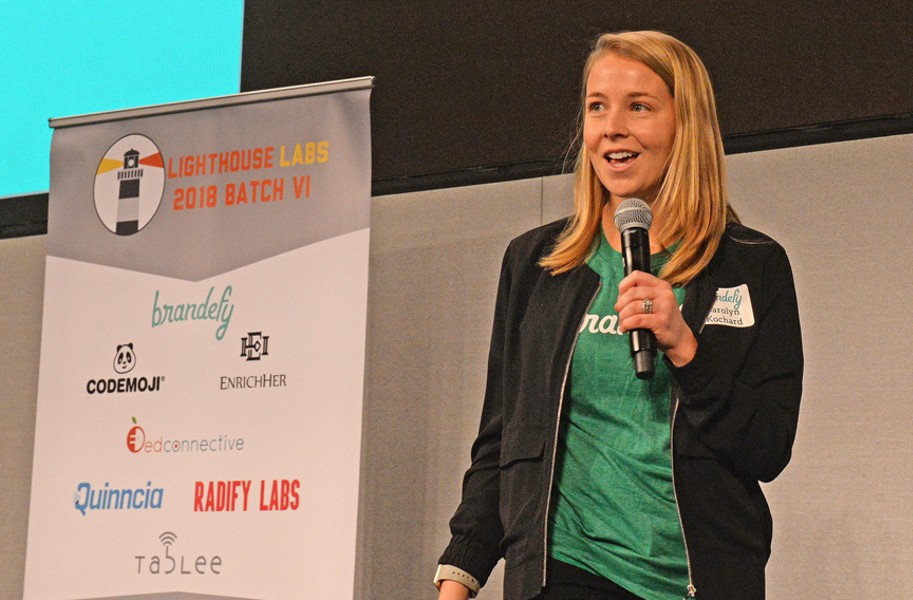 Scott Elmquist Carolyn Kochard was the winner with her Brandefy app, which uses taste testers and ingredient comparisons to shop for products.

A tech startup pitch-off contest came down to canned pumpkin — specifically, name-brand vs. generic canned pumpkin. Carolyn Kochard demonstrated how her company's app, Brandefy, used taste testers and ingredient comparisons to discover which is superior. In the case of pumpkin, go with the name brand, she says.

But, Kochard notes, "sometimes the same product is made at the same factory, and different labels are slapped on." Brandefy can tell you when that happens, too.

Representatives of each startup gave short elevator pitches about what distinguishes their products from the rest of the field and why an investor should consider supporting them. Then the audience, made up mostly of Capital One employees and friends and family of the pitchers, voted on their favorites — by text, of course.

Brandefy's founders received the modest prize of $5,000, but the larger reward came months earlier, when the founders were among the seven teams of entrepreneurs chosen from hundreds of applicants to receive $20,000 in funding and mentorship through Lighthouse Labs' three-month startup accelerator. This year, Lighthouse placed emphasis on educational tech companies, a growing field that also has a social mission.

"Every year it's harder and harder" with "hundreds and hundreds of applications," says Joe Whitchurch, Capital One Small Business' head of customer experience and innovation, and a member of Lighthouse Labs' board. "We certainly have a preference for people who are Richmond-based. Working face-to-face is important."

Four of this year's startups are based in Richmond: third-place winner Tablee, the restaurant-server button; EdConnective, a coaching platform for teachers; Radify Labs, a platform to help new college graduates find full-time jobs; and Brandefy. The other three competitors, based elsewhere, were second-place winner Codemoji, an online coding platform for children in first through eighth grades; Quinncia, the AI-based tool that lets a bot named Quinn judge your résumé, cover letter and interview style; and EnrichHer Funding, an investment platform aimed toward helping female entrepreneurs match with funders.

Kochard, who joined her friend Meg Pryde, Brandefy's chief executive, and chief technology officer James Graham to start the company last year at a University of Virginia's incubator, says the idea of comparing generic and name brands "really resonated with me."

Pryde, who previously worked for an over-the-counter pharmaceuticals company, pitched it to her just as an idea, and Kochard signed on immediately as chief operating officer. The app has a growing list of products with two scores — one comparing ingredients, the other comparing taste, texture and effectiveness. Testers provide the second, overall score, which shows the user if the generic canned pumpkin is a good deal or an inferior product.

Ultimately, Brandefy is looking at selling its scoring information to consultants who work with grocery stores, Kochard says. The buffer of working with independent consultants is important, she adds, because the company needs to remain objective regarding store brands. "We don't want people to think we're taking bribes."

The app is already available on Apple's iTunes, and while Kochard was making her pitch at Capital One, her colleagues were in Cincinnati pitching Brandefy to other potential investors. Not surprisingly, the competing teams last week were young, energetic and willing to hustle. Whitchurch jokes that the most important thing for tech startup founders "used to be not sleeping."

That's where Lighthouse Labs comes in, offering financial help and guidance for its entrepreneurs. Backed with funding from Capital One, Altria, Markel and grants, the nonprofit doesn't take equity in the companies, and it pairs founders with mentors to answer questions about marketing, branding and raising funds.

Over the past six years of the accelerator program, alumni have raised more than $30 million and produced more than 120 jobs.

Tablee founder Wendy Jiang says that her mentor helped save her company from a potentially expensive problem, when it was recruiting a technology officer. Their candidate wanted a high salary and a large percentage of the company's equity, which Jiang says she and her colleagues were ready to accept — until they asked for their mentor's advice. They quickly realized that they needed to look elsewhere, she says. 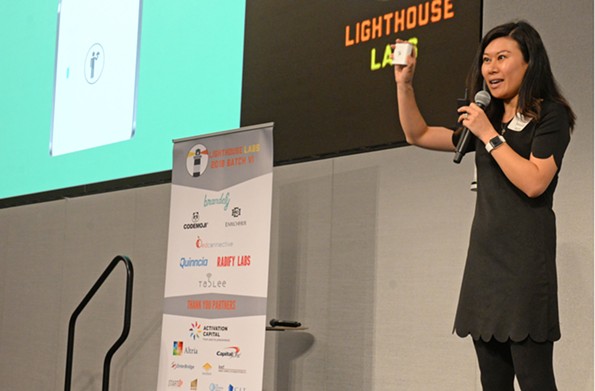 "It's like having good girlfriends tell you that your relationship is a mistake," she says with a smile.

Lighthouse Labs executive director, Todd Nuckols, who founded the accelerator seven years ago, notes that the tech field is crowded now. But with big, tech-focused companies entering and expanding in Virginia, including Amazon, there are likely to be more spinoff companies and development, he says.

"Richmond is on the cusp," Nuckols says. "There's plenty of room for entrepreneurs." S