Guitarist Anders Osborne talks about his fight back to sobriety and how he’s now helping others. 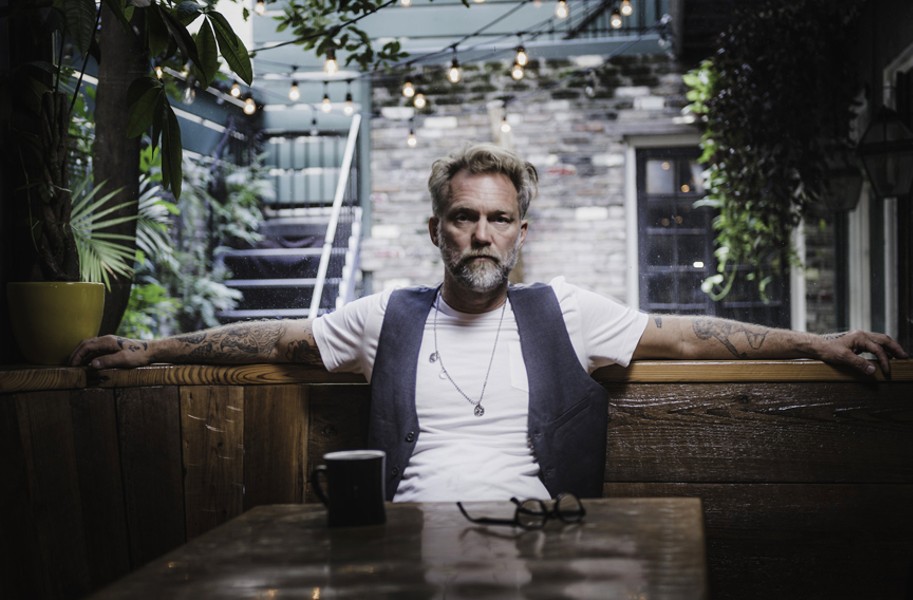 Anders Osborne has been to the brink, stared the devil in the face, and come back sober and stronger than ever. Known for his stunning guitar work as well as his deft songwriter's touch and soulful voice, Osborne comes to the Broadberry for a solo acoustic evening that showcases his profound body of work. Life is good, but it wasn't always this way.

The Swedish-born Osborne came to America at 19.

"I had a friend in Slidell that I met in Dubrovnik [Croatia]. We had traveled together for a while. I ended up staying in New Orleans and decided immediately that I belonged in that city. Later found out I have family here. I love it as much today as I did back in '85."

Osborne's fret skills were informed by a broad spectrum of influences.

Osborne has had a remarkable career, performing with the likes of Bonnie Raitt, Phil Lesh, Keb Mo', and Tab Benoit and the Voice of the Wetlands All-Stars. His songs have been covered by a diverse group of artists, including Tim McGraw who had a No. 1 hit on the country charts with "Watch the Wind Blow By."

In spite of all the acclaim, addiction nearly derailed his prodigious talent.

"Alcohol was the grandfather of all this," he says before rattling off a list of drugs that is startling in its expanse. "But underneath it all was alcohol. I'd be running late and show up three days later." He ended up sleeping on couches and park benches. He lost instruments and saw addiction impair his live performances. It took an intervention to get him into rehab.

While on tour things grew so bleak his manager and a roadie reserved a bed for him at a facility. It was time, as Osborne says, "to choose to make the walk back, or jump."

Making that choice proved fruitful, as Osborne now has a thriving career, a stable family life and a new sense of purpose.

Osborne realized that he couldn't leave behind his life as a musician when he embraced sobriety. While the life of a performing artist is dangerous ground to travel for anyone wanting to maintain a sober life, Osborne had an idea. What if he could create a network to support the sobriety of his fellow musicians? In 2016, Osborne started Send Me a Friend, known as SMAF. If you are an artist, road manager, or roadie in need of support, the group is there to help.

"In a lot of clubs the only place to hang between sets is at the bar. We'll send someone to sit with you and drink coffee instead of bourbon. The friend arrives a half an hour before show time and is there to be someone you can lean on."

Today, the group has more than 2,000 members and is growing. The member list contains well-known artists, but its focus is on the local player who isn't in the national spotlight. There is even an app in development.

Osborne explains that sobriety has sharpened his songwriting.

"I don't care anymore, I write 'cause I love to and the more truthful I am the better it feels. It's monumental for my sobriety that I do for others when I can."

On his current acoustic tour, he explains, "I get to have a personable conversation with the audience, we get to slow the evening down a little bit, find out what matters to us at that moment." Osborne has a lot on his plate and the future looks bright.

"Got a brand-new record coming out late April. It's called 'Buddha and the Blues.' Love it and can't wait for everyone to hear it. SMAF continues to work with musicians around the country helping them get back to work. We are doing a series called Lifeshop in New Orleans where we have master classes on different subjects (songwriting, yoga, meditation, cooking, painting etc.) to help sobriety feel a little more meaningful and inspiring."

Anders Osborne performs solo at the Broadberry on March 23 with opener Seth Stainback. Doors open at 7 p.m. and the show starts at 8 p.m. $25. thebroadberry.com.