Stand-Up and Be Sworn

Paula Poundstone and the case of the missing comic. 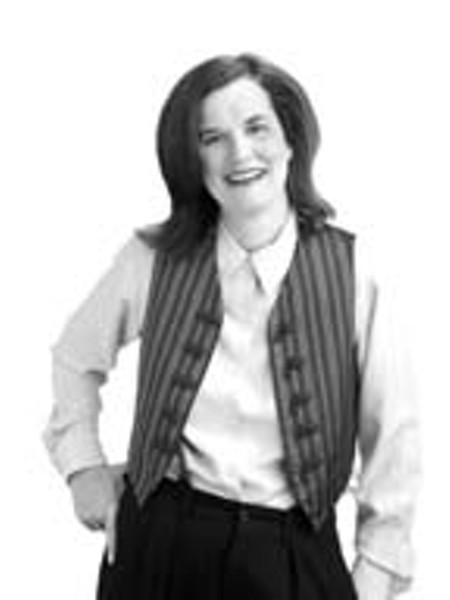 Poundstone will perform in Richmond July 29-31 at the Funny Bone Comedy Club. A veteran of the brick backdrop, her signature clean-comedy style and business-lite dress code took her to the top of the stand-up circuit in the '80s, when she was considered on par with the likes of Billy Crystal, Robin Williams and Dana Carvey ("the greats," as she refers to the heavyweights of her generation).

Although, or perhaps because, she was once a familiar prime-time television comedian, appearing regularly on The Tonight Show and parlaying her success into a short-lived sitcom, Poundstone doesn't pay too much attention to what's new on the tube. In fact, she admits, "The idea of watching comedy on TV just doesn't appeal to me." It's a somewhat shocking thing to hear from a working comic, but it points a finger at the undeniable truth: Poundstone's career isn't what it used to be.

It's been almost four years since Poundstone's run-in with her own "Perry Mason" episode. In September 2001 she pleaded no contest to one count of felony child endangerment and one misdemeanor count of inflicting injury on a child, in a plea bargain to have mysterious sex charges against her dropped. Though such an episode would likely damage any performer's career, it didn't affect Poundstone's, largely because there was not much left to damage. There had been no shows or movies since "The Paula Poundstone Show" for ABC, stand-up comedy was at a low ebb in popularity, and even her long-running column for Mother Jones magazine had ended in the late '90s.

Poundstone also denies the perception that the episode interrupted her career. "There's been this bizarre notion that I've stopped working, but how would I live?" she asks. Continuing to support herself through live comedy, Poundstone says she even worked her court ordeal into her routine, though it figures much less now. "My act is very autobiographical," she says. "I used to do an hour on my car. My car. Now it's not the focus. In the same way, [the charges and plea bargain] are an indelible part of my life, unfortunately, but it eventually recedes."

Poundstone is working on a couple of projects outside the comedy-club circuit. She's writing a math book with her high-school math teacher (she knows nothing about math, she says, and is solely in charge of the jokes) and also a book of comedic essays. Talking about the math book, she brings the conversation inevitably back to her own life with her adopted children and pets, who take center stage on her Web site as well. "I've promised myself that if I finish [the math book] by September I'll clean my room," she says. "I could have the cleanest room in the country, but there's not much money in it." Sounds like believable testimony. S