The ups, downs and modern twists of Richmond’s year in theater.

Aaron Sutten Walk-on newcomer Carolyn Minor-Daughtry, as Shug, and Felicia Curry, as Celie, do exceptional work bringing Alice Walker’s famous book to life in one of the year’s most satisfying local musicals, “The Color Purple.”

The most celebrated locally produced musical, Virginia Repertory Theatre’s “The Color Purple,” featured an all-black cast, and the most popular road show, “The Book of Mormon,” pushed the family-unfriendly envelope with such satirical songs as “Hasa Diga Eebowai,” roughly translated as” F-you, God.” By year’s end, talk turned to TheatreLab’s celebration of things transgendered and transgressive, “Hedwig and the Angry Inch.”

Style theater critics Rich Griset and David Timberline had a free-ranging back-and-forth about the highlights as they saw them.

Rich: David, a lot of great stuff happened on stage this year, but the event I heard the most chatter about was a totally administrative matter, namely the forgiveness of CenterStage’s massive tax debt. Why do you think this got people so worked up?

David: I think it’s a straw-breaking-the-camel’s-back kind of situation. Back in the planning stages, CenterStage was touted as a great boon for local companies. Theater folks tell me that the rising rent makes producing a show there prohibitive and, while the local companies continue to struggle to pay their bills, CenterStage gets a grant to deal with theirs. It’d piss me off, too. But it’s the holidays, so let’s put that Grinchy subject behind us. What really thrilled you on stage this past year? 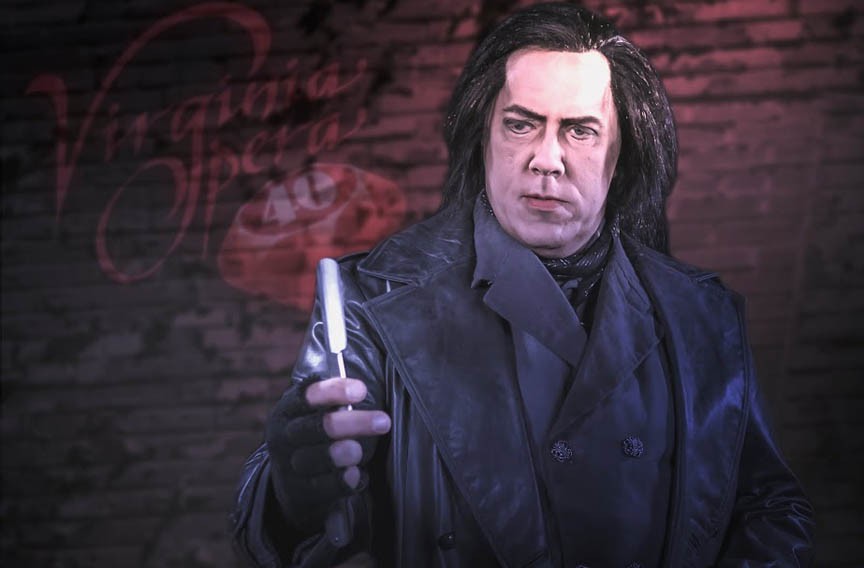 Rich: Well, Virginia Rep’s “The Color Purple” was a highpoint not only of this past season, but of my entire time seeing theater in Richmond. Virginia Opera’s “Sweeney Todd” was similarly the best production I’ve ever seen them stage.

TheatreLab’s “Hedwig and the Angry Inch” was filled with as much energy as the young theater company that produced it, and Cadence Theatre Company continued to stage contemporary, high-quality work with “Clybourne Park.” Richmond Shakespeare, Henley Street Theatre and Virginia Rep’s “Equivocation” bard fest was a treat for anyone with a love of theater, history and the English language.

So David, what disappointed you this past year?

David: In 2014 I relearned for probably the 50th time the danger of high expectations. The first nonmusical I ever saw on Broadway was Noel Coward’s “Design for Living” back in 1984, and it was amazing. With the Triangle Players’ production, I anticipated a bold retelling of the risqué comedy for the 21st century, particularly with an exceptional cast led by Jen Meharg. While nothing was horrible, there was also nothing especially bold.

I had my expectations similarly thwarted by Firehouse Theatre’s “Hair,” a fun show with great music, and Richmond Shakespeare’s “Richard III,” which features one of the bard’s best villains. The former was indistinct and sloppy, the latter paled significantly in comparison to Henley Street’s 2008 production.

In your opinion, what were the real breakout performances of the year?

Rich: In “Richard III” and TheatreLab’s “Grace,” I couldn’t take my eyes off of Alexander Sapp. As Buckingham in the former, Sapp brought a Kevin Kline-like presence to the stage. Sitting in the audience when Sapp is onstage, you just feel like you’ll be taken care of, and Virginia Rep’s “Mame” proved he can carry a tune as well. Matt Shofner was completely absorbing as Hedwig, pissed off and stalking the stage in 5-inch heels.

It’s hard to imagine a finer performance than Felicia Curry as Celie in “The Color Purple,” both vocally and dramatically. Tony-nominee Emily Skinner wowed this year in “Mame,” which is still playing at the November Theatre.

Joe Carlson also deserves a shout out for his macho and funny performance as Mark Antony in Richmond Shakespeare’s “Bootleg Shakespeare: Antony and Cleopatra.”

It seems that with each passing year the local theater scene only continues to improve. What do you think Richmond is missing?

David: Richmond has a lot of bases covered. We have a premiere venue in CenterStage’s Carpenter Theatre — I just wished more shows played there. Virginia Rep keeps getting better and defies expectations that the biggest company in town will get stodgy. New Artistic Director Joel Bassin may restore direction to the Firehouse and the finalization of the Henley Street and Richmond Shakespeare merger brings stability to the midrange of local companies. On the fringier end of the spectrum, TheatreLab is emerging as our Underground Citizen’s Brigade: an intriguing guerrilla group with a funky downtown venue where crazy exciting things can happen.

I’ll think of the local stage scene as truly reaching maturity when an original work created here becomes a big hit and puts a spotlight on Richmond as a talent incubator. Old guys like me remember when Barksdale’s “Red Hot and Cole” successfully toured the country 25 years ago. We have our share of home-grown playwrights and composers: So, with a little luck and a helping hand or two, another show like “Red Hot” could hit the big time.

Close us out with a prediction: What do you think we’ll be talking about next December?

Rich: I feel like I’ll only scratch the surface here, but I’d be surprised if Virginia Rep’s “South Pacific” doesn’t make next year’s wrap-up. I’d also put bets on Triangle’s “Angels in America: Millennium Approaches,” and Richmond Shakespeare and Henley Street’s “Hamlet” and “Lion in Winter.” I’m looking forward to Cadence’s “Caroline, or Change,” a blues-, folk-, Motown- and klezmer-influenced musical, as well as Sam Shepard’s “A Lie of the Mind.”

From the newer companies, the atheist-parents-versus-Christian-kid setup of TheatreLab’s “Oblivion” seems interesting, as does 5th Wall’s upcoming dark comedy, “The Lyons.”

David: I’m a little wary of “South Pacific.” It will bring the stunning Stacey Cabaj back to town but it can be a tricky show to produce. It’s old-fashioned and long, filled with progressive but potentially thorny positions on bigotry and racism.

I’m eagerly awaiting two announcements: the slate of shows that will make up Joel Bassin’s first season at the Firehouse and Henley Street and Richmond Shakespeare’s new name. Here’s hoping they will be just two of next season’s many pleasant surprises. S