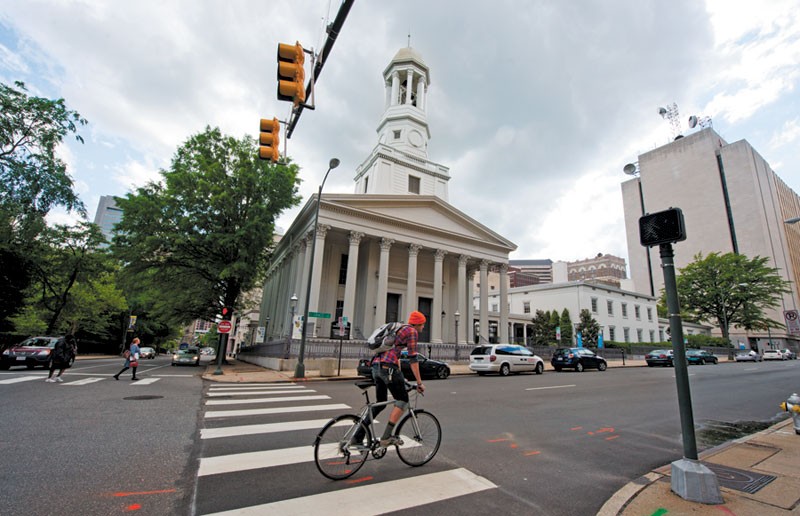 In a city with a rich tradition of architecturally remarkable church steeples, St. Paul's Episcopal Church, built in 1845 and designed by Philadelphia architect Thomas Stewart, boasted one of Richmond's tallest (the spire was removed in 1906). It was here that both Jefferson Davis and Robert E. Lee worshipped regularly during the Confederate years. Weddings were also frequent during that period. One of these ceremonies united Hetty Cary, a Richmond belle, and Confederate Maj. Gen. John Pegram on Jan. 19, 1865. Just three weeks later his funeral was conducted here after he was killed in battle.

It was in this sanctuary on Sunday, April 2, 1865, that Davis received word that the defenses protecting the capital city had broken down and that Richmond’s fall was imminent.