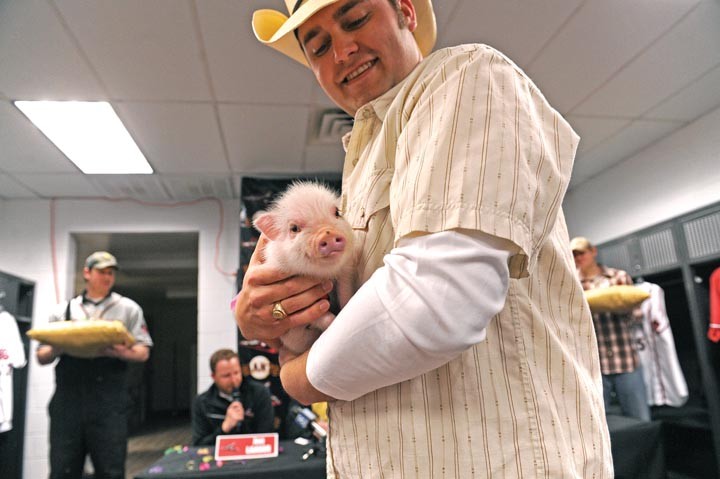 The Richmond Flying Squirrels have sunk about $250,000 in improvements into The Diamond for the upcoming season. That's on top of the $2 million in capital improvements the team made to the ballpark before its inaugural season last year.

But don't think that directing funds back into the stadium means the Squirrels' owners are pulling back from their quest for a new ballpark in three years.

"The health of professional baseball in Richmond is dependent on a new stadium," says Bryan Callaghan, a member of the team's ownership group.

Mayor Dwight C. Jones has in the past few months signaled his support for building a new home for the team, which has pleased Squirrels officials.

"We're happy at the energy we're seeing in both the city of Richmond and in the region as a whole," Callaghan says.

The group is eyeing the 2014 season as a tentative target for the opening of a new stadium, he says.

Other changes introduced by team officials include a revamped "Extreme" menu, themed seating areas and Parker, the adorable "rally pig," who will take to the field whenever the team is desperate for a run.

And with newly built "party decks" on either side of the press box, the team will accommodate even more of the Squirrels faithful.