State lawmakers in the General Assembly are about to spend 46 days debating, deliberating and yes, campaigning. Here are the issues likely to stand out in the fray.

With last week’s sentencing of former Gov. Bob McDonnell in its rearview mirror, the General Assembly convenes Wednesday. Yes, there’s a new political circus in town. And while McDonnell and his family prepare for his two-year prison term, the Republican-dominated legislature appears ready to continue as if nothing happened.

The Virginia GOP spent much of the previous session batting back Democratic Gov. Terry McAuliffe’s push for Medicaid expansion. And now Republicans control both houses in a legislature fraught with partisan bickering.

That means the only tangible goal for Democrats this session may be ethics reform, says Richard Meagher, a professor of political science at Randolph-Macon College.

“It seems like the Democrats are focusing on [ethics reform] as the only thing they might be able to claim a victory about,” Meagher says. “I think this session is going to be driven by what the Republicans want to do.”

With the General Assembly warming up for its 46-day session, evidence points to ideas ranging from the noble to what charitably could be called quixotic. There’s marijuana decriminalization, community cat programs and a bill that names Feb. 6 as Ronald Reagan Day. Here are some of the highlights likely to spur debate and spark headlines:

The clamor for reform following McDonnell’s ethical lapses has sounded since the General Assembly convened a year ago, but Democrats have been unhappy with the results from 2014. Legislators put a $250 cap on gifts and established requirements that creditors be disclosed, but free meals and trips remain bound only by a donor’s generosity and a legislator’s willingness to accept them.

There are legislators pushing for more. A Senate bill submitted by Chap Petersen and Richard Stuart — a Fairfax Democrat and Westmoreland County Republican — calls for the gift limit to be decreased to $100 on both tangible and intangible gifts.

Sen. John Watkins, R-Midlothian, filed a bill that adds various procurement activities, the contracting of goods and services, to disclosure laws. It also seeks to prevent officials from representing companies with which they had dealings while in office for one year. Sen. David Marsden, D-Fairfax, has proposed that General Assembly members not accept travel gifts exceeding $250.

Not all legislation is tinged with the McDonnell scandal. Both Republicans and Democrats have been accused of trying to convince Democratic Sen. Phillip Puckett to stay or leave with promises of prominent jobs. Delegate Lionell Spruill, D-Chesapeake, has filed a bill to prevent family members of legislators from being appointed to judgeships, as Puckett’s daughter was in February last year. Delegate Peter Farrell, R-Henrico, wants to prevent legislators from taking state jobs for a year after leaving office.

Watkins acknowledges that much of this legislation appears to be small bites at a big issue. But a more comprehensive bill is in the works, he says, declining to get into details. Anything that makes it to McAuliffe’s desk will be in addition to the governor’s own efforts. In September he formed a task force of former elected officials, including former Lt. Gov. Bill Bolling, to examine ethics across government for the next year.

Who to watch: Republican Speaker of the House Bill Howell, who signaled support for a $100 gift cap in December but hasn’t yet filed legislation. Any bill that’s more comprehensive than what’s already filed likely will come from his office.

November’s elections continue to show how unpopular Medicaid expansion remains, but Hanken says McAuliffe is likely to try making room for the expansion as a cost-saving measure despite the opposition.

“It remains very challenging,” Hanken says. “The politics of the Affordable Care Act remain very, very divisive. However, the state’s also grappling with a budget shortfall, and I believe taking this federal money to close the coverage gap would go a long way to address that shortfall.”

Mental health reform, brought to center stage following the death of Sen. Creigh Deeds’ son in 2013, appears to remain in committee for now, with no legislation on the table addressing how to provide more access to care. While progress was made last year in increasing the amount of time that facilities should monitor clients, Deeds is pushing for more. “Those are significant changes,” Deeds said in November, “but they’re about 2 percent of the total pie.”

So far Democrats are the only ones who have filed legislation on abortion. Sen. Donald McEachin, D-Richmond, filed a bill to remove an insurer’s ability to not cover abortions, while Hampton Democrats Sen. Mamie Locke and Delegate Jeion A. Ward filed bills to remove the requirement that women receive ultrasounds before getting abortions.

Who to watch: Longtime abortion foe Delegate Robert Marshall, R-Loudoun, who has yet to file anything on the issue.

Protests against the police killings of Michael Brown in Ferguson, Missouri, and Eric Garner in New York haven’t gone away. Legislators appear to be addressing issues of police accountability. Delegate Joseph Lindsey, D-Norfolk, has proposed a bill requiring any police force with more than 100 officers to use body cameras, while Delegate Mark Berg, R-Winchester, wants all state police to use them.

Body cameras may seem like they level the playing field — if they’re turned on and the footage doesn’t disappear. But Virginia police have enjoyed loose standards of accountability for both acquiring and using surveillance technology. Almost all of the equipment — automatic license-plate readers and cell-phone tracking devices — comes from federal money. And police have been reluctant to disclose much information about how they use it.

Lee Tien, a staff lawyer at the San Francisco-based Electronic Frontier Foundation, says police subverting local government oversight is common across the country: “The entire system by which local police departments are acquiring and using sophisticated surveillance equipment is clearly broken from a civil liberties and transparency standpoint.”

Emily Shaw, a national policy analyst with the Sunlight Foundation in Washington, says it’s up to legislators to catch up with police departments. She cites cell-phone tracking technology known as Stingray as an especially worrisome development for privacy advocates. Even when police obtain warrants to track a signal, the devices are ensnaring innocents as well.

“This is something that the legislature needs to take seriously and say, ‘We’re casting these huge search nets that aren’t specific to the individuals that they have a warrant on,’” Shaw says. “We need to provide a comparable window into what’s happening.”

The legislation presented so far doesn’t call for more oversight so much as seek limits on what data is collected. Bills from Berg, Farrell and Richmond Democrat Betsy Carr would limit law enforcement to data it can obtain with a warrant — which is a fairly low bar. Leesburg Republican Richard Black wants localities to require voter approval of traffic-light cameras before they’re installed, including those that already have established them, such as Richmond.

Also up for discussion are unmanned aerial vehicles — commonly known as drones. The General Assembly will need to set boundaries on police use of them or allow a statewide ban to expire. While McEachin says he’s reluctant to allow police carte blanche, there’s no legislation on the table.

Claire Guthrie Gastañaga, executive director of the Virginia chapter of the American Civil Liberties Union, says she hopes the legislature will amend the Virginia Constitution to guard against digital surveillance. That high-profile legislation has yet to be filed, but would encompass many of the issues being addressed.

Aside from keeping police out of your phones, legislators hope to increase their involvement on college campuses. A bill sponsored by Leesburg Republican Richard Black requires university employees to inform law enforcement about reports of sexual assault within 48 hours. A similar bill was filed by Delegate Eileen Filler-Corn, D-Fairfax, in the House. There’s also Fairfax Democrats Richard Saslaw and Janet Howell’s bill, which calls for a 24-hour window.

Who to watch: McEachin likely will take the lead on filing a more comprehensive privacy bill. Sen. Chap Petersen, D-Fairfax and Delegate Richard Anderson, R-Woodbridge, also have formed a caucus that they say will look at privacy issues more closely.

If you thought same-sex marriage is the law of the land, you’re mostly right. But legislators either want to codify the changes, including two from Alexandria Democratic Sen. Adam Ebbin, or offer consolation prizes to opponents. A bill from Marshall would allow government officials to refuse to do anything that would “violate the religious or moral convictions of such person with respect to same-sex marriage or homosexual behavior.”

A leading advocacy group for same-sex marriage, Equality Virginia, is taking Marshall’s move with a grain of salt. “We expect more of those conscience bills,” Executive Director James Parrish says. “We’ll definitely be making sure bad conscience bills don’t make it to the governor’s desk.”

The group continues to push for legislation in the Senate that will add gender identity to the list of protected classes in public employment, sponsored by McEachin, and for second-parent adoption. But the overwhelming Republican majority makes overall passage a grim fight.

“The House remains the roadblock to equality,” Parrish says. “Each year we’re adding one or two of those votes we didn’t have before. People are understanding the issue more.”

Who to watch: Delegate David Albo, R-Fairfax Station, remains a barometer on how much progress is being made for LGBT rights. The conservative Republican filed a bill allowing couples to list themselves as bride or groom on marriage certificates, in case they’re both named Stacey and want to be clear that you aren’t gay, perhaps. But he likely won’t put up a fight on allowing same-sex marriage legislation through. 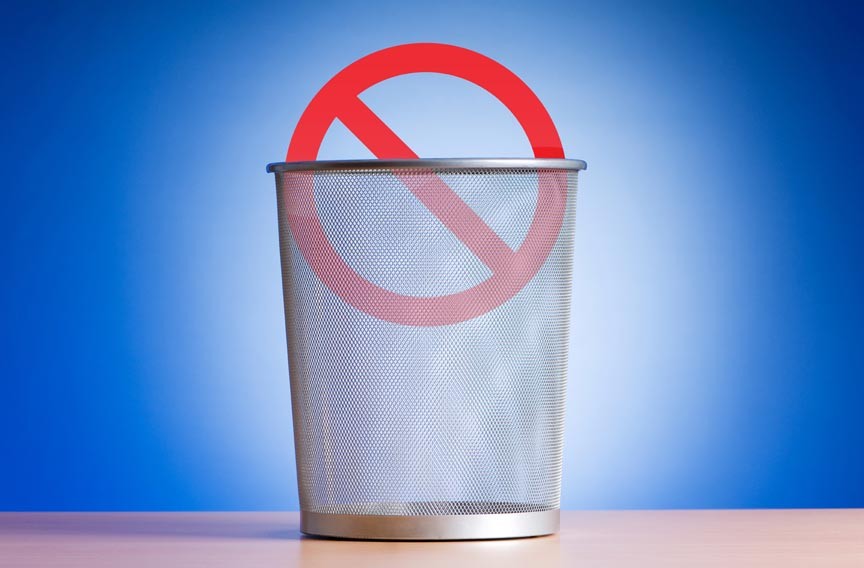 Aside from ethics reform making headlines, the march toward marijuana legalization across the country has emboldened advocates and prompted countless stories. Will Virginia legalize? No.

But that hasn’t stopped newly active Virginia and Richmond chapters of the National Organization for the Reform of Marijuana Laws from pushing the issue. Legislators are sort of listening. Albo has filed a bill to allow distribution by doctors to epilepsy patients. Ebbin has filed one that would decriminalize possession of small amounts in favor of a civil penalty. Like just about every other special interest in Virginia, Virginia NORML will hold a lobby day Jan. 16 to explain why that isn’t enough. Sounds like a party.

Among other items legislators are looking to loosen government’s grip on are cats. A Chatham Republican, Sen. Bill Stanley, has proposed a measure that would authorize localities to allow people to take care of cats that roam free without being held responsible for them. The senator didn’t respond to a request for clarification about whether this is as cute as it sounds.

Delegate Rob Bell, D-Charlottesville, is resubmitting a bill to allow farmers to sell raw milk products directly to consumers. A bill with a more ambitious list of food items didn’t make it out of committee last year.

Who to watch: Activists likely will be the people continuing to push legislators on these issues — which means the turnout for Virginia NORML’s advocacy day could be telling.

The list of people, places and things honored by the General Assembly with their own day — or entire month — grows every year. Here are proposed honorees so far:

National Day of the Cowboy in Virginia — July 25, 2015, and each fourth Saturday in July. Proposed by Delegate Thomas C. Wright Jr., R-Victoria.