A look at exhibits and festivals in the next few months.

“Deep South, Untitled (Scarred Tree)” by Sally Mann, part of her traveling restrospective, “A Thousand Crossings,” at the National Gallery of Art.

Fall is usually the season for big art events and so Style puts forth its annual Fall Preview. But what about the winter-spring season? Is there nothing to see? Not quite.

If you're willing to take on Northern-Virginia traffic, then Lexington-based photographer and writer Sally Mann's traveling retrospective, "A Thousand Crossings," opening March 4 at the National Gallery of Art in Washington, is worth the trip. Really, Mann's connections to Richmond make her nearly a hometown artist: The Reynolds Gallery has represented her for years, and her exhibition, "The Flesh and the Spirit," was held at the Virginia Museum of Fine Arts in 2010.

Before you return home, stop by Glenstone Museum, a privately owned institution in Potomac, Maryland, which is open to the public free by appointment. Sculptor Louise Bourgeois' work will be on view beginning in May, and a massive new building, the Pavilions, opens in late 2018. Even if you don't care for Bourgeois or the architecture, a walk around the adjoining grounds and sculpture garden, which features work by Andy Goldsworthy and Tony Smith, led by incredibly knowledgeable guides, is worth a trip.

Now, on to Richmond:

Reynolds Gallery kicks the season off with "Richard Carlyon: a Network of Possibilities" on Jan. 19. Why another exhibition of Carlyon's work after the four-part retrospective in 2009?" guest curator Ashley Kistler says. "There are so many works that haven't been shown. Most works either haven't been seen before or not since a generation." 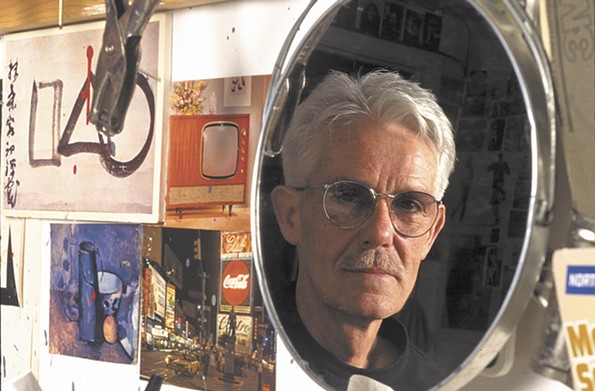 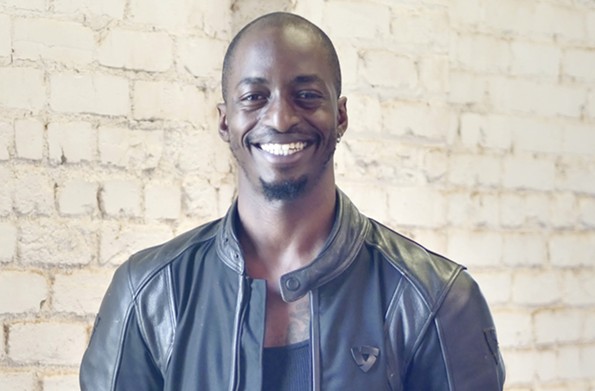 The Visual Arts Center of Richmond has worked with the Scholastic Art & Writing Awards to recognize talented, Richmond-metro-area art students in grades 7-12. An exhibition of their work, selected by 25 local jurors, will be held Feb. 17-25. Previously, Richmond had been a region at large, explains Jordan Brown, director of education and programs, which meant that students had no opportunity for local consideration or an exhibition.

Candela Books and Gallery is playing host to "Steven Casanova: Puerto Rico is Dying" on Feb. 23 and 24, which will include Casanova's 16-page photo essay, a performance and an educational lecture with proceeds going to Puerto Rican farmers. In late spring, Candela will exhibit new work by photographer Chris McCaw, whose career has exploded since the 2012 Candela-produced exhibition and book, "Chris McCaw: Sunburn is Here."

Speaking of books, Current art fair has a new initiative: Current books, a one-day event March 31 at Studio Two Three. "[This fair is] the intersection of art and publishing," explains Director Sarah Irvin. "It's the full spectrum of how that manifests itself: zines, artist books, independent publishers like Candela's, academic books from an independent press. ... It won't be huge publishing houses but more like people doing this as a small-scale pursuit." Like last year's art fair, the event will feature special programming, such as podcast recordings, a panel talk and workshops."

A citywide Richmond Sound Art Festival, organized by Vaughn Garland, is scheduled from March to September. Twenty-five organizations, including Lewis Ginter Botanical Garden, the Byrd Theatre and the Richmond Symphony, will participate. Be sure to check out the Harnett Museum at the University of Richmond, which will present "Topography of Sound: Peaks and Valley Series," new work by Maria Chavez (March 29 – May 11). Originally from Peru, Chavez has exhibited at the Judd Foundation in Marfa, Texas, and was an artist-in-residence at the Kitchen in New York.

The Institute for Contemporary Art opens with its long-awaited inaugural exhibition "Declaration" on April 21; the hype is big and expectations are high. A family-friendly grand-opening block party with live music, art workshops and food trucks will accompany the opening.

Spring is the season for thesis shows, the final project that graduate fine arts candidates exhibit before receiving their degrees. The Anderson Gallery shows a first round April 6 followed by another April 27. Candidacy shows — exhibitions by first-year graduate students — will happen concurrently at different places around the city, including the crafts and material studies show at Artspace on April 27.

Finally, even though this is a spring preview, keep an eye on the Virginia Museum of Fine Arts' summer lineup: Its next blockbuster exhibition is tentatively titled "Napoleon: Art and Court Life in the Emperor's Palace," which, after it opens June 9, runs the length of summer. "Howardena Pindell: What Remains to Be Seen," Valerie Cassel Oliver's curatorial debut in Richmond opens Aug. 25. S