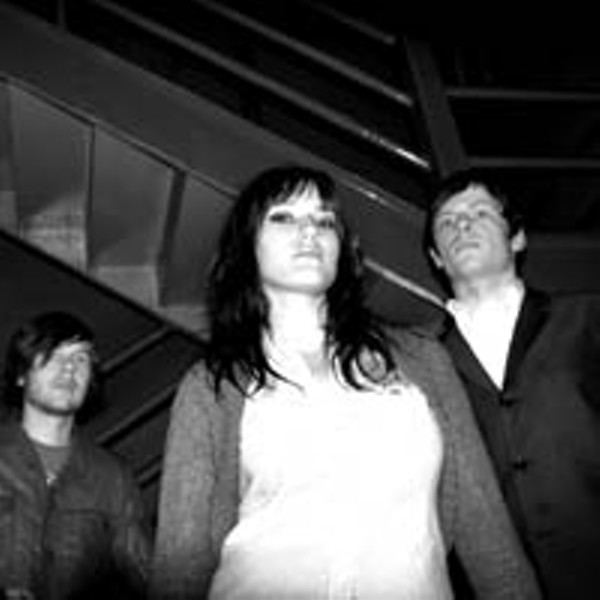 April is the cruelest month: After two of Denali's founding members — Keeley Davis (Maura's older bro) and Jonathan Fuller — left in early 2004 to focus on their original band, Engine Down, Davis and guitarist Cam DiNunzio continued to tour with the help of ex-Euphone drummer Ryan Rapsys and ex-Pinebender bassist Stephen Howard. By April, Davis and DiNunzio had decided that it would be better for Denali to call it quits.

Long-distance relationships: Bella Lea rose from the ashes of Denali last summer after Davis hooked back up with Rapsys and Howard, who in turn brought in new guitarist Matt Clark (formerly of Pinebender and Joan of Arc). With three-fourths of the band living in Chicago, Bella Lea members have had to rely on their laptops to rehearse. "During the summer I wrote songs on the computer and sent them discs," Davis says. "Then we finally got to practice in the fall." Davis, who has flown from Richmond to Chicago four times in the past year, says that long-distance band relationships ain't all bad: "Sometimes it gets kind of annoying, but it works out somehow. These guys are such amazing musicians; I couldn't pass up the opportunity to play with them. And after being in a minivan with three guys, you kind of want your space."

Hitting it big: "We're going to sign to Capitol Records," Davis says. "It looks like it's going to happen." The major label had been sniffing around Denali pre-breakup and jumped at the opportunity to sign Bella Lea. "It's really exciting and so nerve-racking. The process is taking so long," Davis says. In the meantime, Bella Lea will put out an EP on an indie label yet to be determined and hit the road in August with Engine Down on what will be that band's final tour. Davis says that opening for her brother and Fuller instead of playing alongside them "will be weird, but we're really excited. It will be really fun to tour with Keeley and be a part of their last tour."

Name that band: So far, Bella Lea's biggest challenge may have been figuring out what to call themselves. "It took forever," Davis recalls. "We were driving ourselves crazy. The 'Lea' part came out of the blue — I thought it sounded cool. I've always wanted to call my child Bella. This band is like my baby." — Kate Bredimus