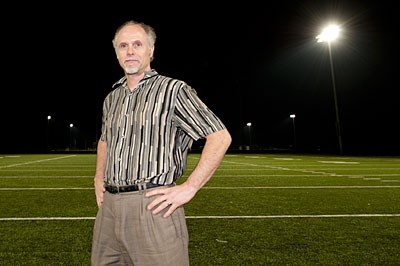 SportsQuest Chief Executive Steve Burton has stepped down while the company restructures its board of directors and takes stock of its finances. The company also has put plans on hold to relocate the fitness center and shuttered the fledgling sports academy.

Dudley Duncan, one of the original founders of the sports campus off Genito Road in western Chesterfield, says a new board of directors was put in place in late March. Duncan has taken over as general manager during the transition.

“You know that there are lawsuits facing SportsQuest and there are financial obligations that haven’t been met,” Duncan says. “The purpose of putting this board of directors in place and making the change is really to try to gain a clear understanding of the state of the company, if you will.”

Burton remains a shareholder through his investment group, the Beechwood Fund, Duncan says, but Burton is no longer on the board and isn't in charge of day-to-day operations.

“He’s on an administrative leave,” Duncan says. “He shouldn’t be interacting as a representative of SportsQuest for the time being.” Attempts to reach Burton Monday afternoon were unsuccessful.

Chesterfield County coughed up $4.3 million to help the company get off the ground in July 2010, a lump-sum payday, half of it for leasing the fields and half in economic development grants. SportsQuest has struggled to make ends meet ever since. Early this year the county began exploring options to take over the facility or help secure a new operator, according to email exchanges obtained by Style Weekly through the Freedom of Information Act.

The county asked officials with Richmond Sports Backers to compile revenue projections and costs to run the complex earlier this year. “It was a broader look,” says Mike Golden, director of parks and recreation for the county. The financial projections were completed “just in case the county ended up having to operate the place,” Golden says. “There are all kinds of possibilities.”

For now, everything is in a holding pattern, Duncan says.

“SportsQuest LLC is not taking on any new financial obligations at this time,” Duncan says.

As for the sports academy, which had five students and ceased operations Sunday, Duncan says, “I directed [the academy’s director] to contact their parents and arrange for their return home.”