From Project Exile to the gun-show loophole: Virginia's mixed messages in the national gun control debate. 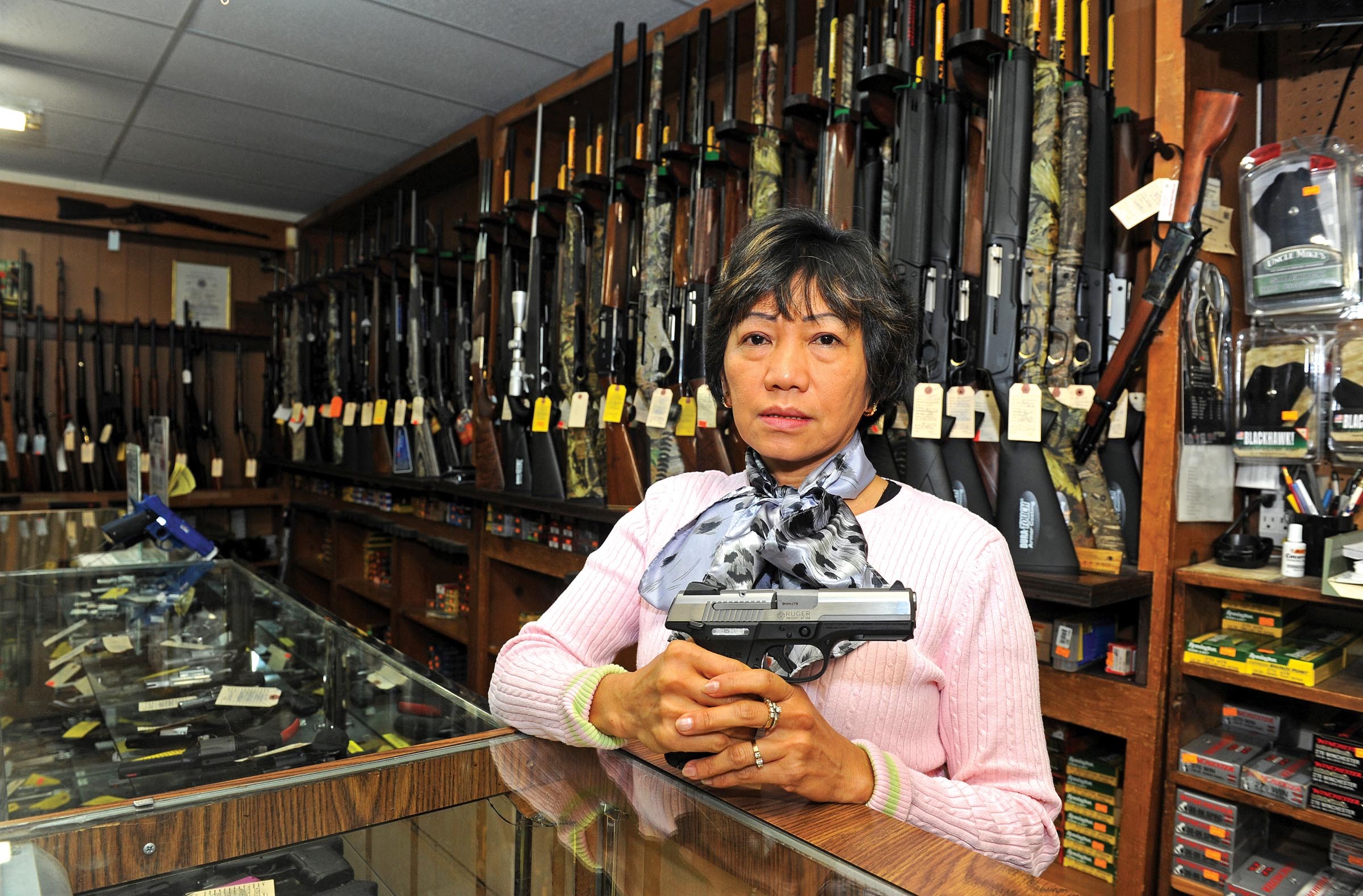 President Barack Obama's sweeping gun control proposals have a lot to do with customers snapping up guns and ammunition, the shop's owner, Grace Moates, says a day after the president's announcement. "But it really started after Sandy Hook and even before, when Obama was first elected," she says.

The run on guns — Virginians have been buying firearms in record numbers — presages what a tough fight Obama faces in his attempt to ban assault rifles and high-capacity magazines after a horrific slaughter of grade-school children at Connecticut's Sandy Hook Elementary School in December. Yet as a powerful debate stirs and the National Rifle Association hunkers down for a vigorous fight, Virginia is caught in a strange and contradictory position.

Is Virginia a stubbornly pro-gun state? Or has it produced some of the toughest, smartest gun control measures that should serve as guideposts for an anxious nation, despite overtones that some claim are racist?

It's both. Among the measures started here were law enforcement programs such as Project Exile, which guaranteed that felons caught with illegal guns get five years in federal prison, not to mention a law restricting handgun purchases to one a month (Gov. Robert F. McDonnell recently signed a repeal of the law). Meanwhile, the state is notorious for its "gun-show loophole," which allows unlicensed gun dealers to sell firearms without performing background checks.

But with polls showing public support shifting in support of stricter gun control, Virginia is being cited as a gun-tough state, although the relevance of its measures to crazed mass murderers isn't clear. It also may be the best in the country at gathering data designed to keep the seriously mentally ill from buying firearms.

Being touted in the national debate is Exile, a federal program begun in Richmond in 1997. The highly publicized program centered on violent crime in the inner city. In the 1990s, crack cocaine sparked a run of gunplay so intense that Richmond was one of the deadliest cities in America. In 1994 Richmond recorded 161 homicides.

Jerry Oliver, Richmond's police chief from 1995 until 2002, and now a law enforcement consultant in Phoenix, Ariz., says that Project Exile addressed "so much gun carrying among immature young males who were unschooled and unchurched."

Many credit Exile for dropping Richmond's murder rate 60 percent by 2002. The program won widespread praise, and even was backed by the NRA. David Hicks, senior policy adviser to Mayor Dwight Jones, who was Richmond's commonwealth's attorney when the program was launched, says Project Exile shows that "you could have effective gun control that can be agreed upon by both sides."

But Project Exile also was criticized as being too directed against politically powerless young blacks. "It was used unfairly against African-Americans only in downtown areas to get them away from African-American juries," says David Baugh, a defense lawyer who also once worked as a federal prosecutor.

Mass shooters, however, have different profiles than young men in the inner city. Of the 62 mass shootings since 1982, 44 killers involved were white, from middle- or upper-middle-class families, and had some form of mental illness, according to a Mother Jones study. Exceptions were John Allen Muhammed and Lee Boyd Malvo, who were black. The D.C. Snipers killed 10 people and seriously wounded three, including a man in a parking lot of a Hanover County restaurant, during three weeks in October 2002.

In many cases, the weapons used were semi-automatic pistols or assault rifles with high-capacity magazines. Moates says that in the industry, such weapons aren't marketed as assault rifles but as what are called "modern sporting rifles." Muhammed and Malvo used a Bushmaster .223 assault rifle as did Connecticut's Sandy Hook shooter, Adam Lanza, who also used two semi-automatic pistols. Mentally disturbed Lanza lived with his mother who had purchased the weapons legally.

In other shootings, such as that at Virginia Tech, the weapons also were bought legally. Despite suffering from a severe mental disorder, shooter Seung-Hui Cho easily bought his weapons and ammunition from a licensed dealer.

Even licensed dealers can have psychiatric issues, despite having access to dozens of weapons. Just before midnight on Jan. 28, 2011, the wife of Richard Ferris, a prominent Chesterfield County lawyer, called police to say that her husband seemed suicidal. Police responded to the Ferris's $600,000 home in the Woodland Pond subdivision but Ferris was uncooperative.

After his family left the house, Ferris, armed with two guns, confronted a police SWAT team and was shot and killed. Ferris was a licensed gun dealer and had about 180 firearms in his house, including two submachine guns and a belt-fed German machine gun from World War II. He'd been suffering from depression and anxiety attacks. An autopsy showed that he had been drinking and had up to four times the normal amount of a prescription anti-anxiety drug in his body.

Apparently the effort has paid off. The Wall Street Journal reports that many states provide very little data, particularly pertaining to those with serious mental illnesses, for the National Instant Criminal Background Check System. Some states provide almost no mental health information. Virginia was the best performer in the country, including 2,254 mental illness cases per 100,000 residents as of October, according to the Federal Bureau of Investigation.

Oliver also says that the country will be forced to increase security at schools just as it did with airports after the 9/11 terrorist attacks. "It will impact our freedoms," he says. Attorney Baugh, however, says the basic problem remains unaddressed: "America does not have a gun problem," Baugh says. "It has a mental-illness problem."

For now, gun enthusiasts are panicking. At the Moates gun store on Hull Street Road, one type of bullet out of stock is the 5.56 mm commonly used in assault-style rifles. But also in short supply is the .22 caliber long-rifle round, a bullet typically used in simple, single-shot rifles favored by target plinkers and rodent hunters. "I can't figure that out," shop owner Moates says. "We've never been out of it before." S