The Library of Virginia recognizes poet and novelist George Garrett. 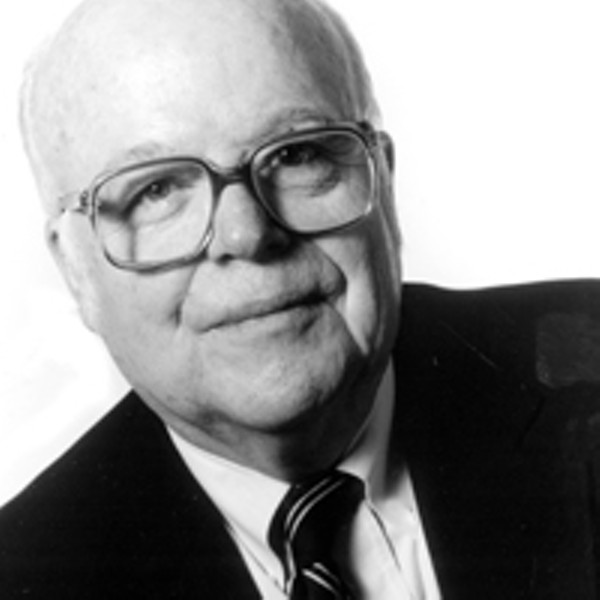 "I'm very honored," Garrett says, "even though it has a kind of posthumous ring to it. It's like they're saying, 'Your time's up — get off the stage!'"

While most writers stick with one specific genre, Garrett's literary career has included the roles of poet, novelist, essayist, humorist, critic and editor. Additionally, he has been heralded as one of the most highly regarded writers and teachers of our time. He is the winner of numerous awards and fellowships including the PEN/Malamud Award for Short Fiction and has served as the Poet Laureate of the Commonwealth of Virginia in 2002-2004.

While dividing time between different genres of literature might seem like an insurmountable task to some, to Garrett it comes naturally. In today's undergraduate and graduate programs, poetry and fiction are divided mainly due to the way they are taught. "Actually a lot of American writers have done both but usually they get recognized as having done just one or the other," Garrett says. "I don't consider myself more of one than the other. I've found that my poetry is usually the opposite side of the coin of my fiction. When I've written realistic fiction, my poetry was formal and elevated. But when I wrote my Elizabethan novels, which required an elevated language, my poems became more anecdotal and relaxed."

Garrett, the brother of Style Weekly copy chief and Rosie Right columnist Rozanne Epps, began by writing both poetry and fiction when he was a child. "I actually started writing when I had no good idea about what being a writer would be," he says. "I started writing for fun as a kid before I could even read and write. As a family we would play story games sometimes in the evenings.

"I remember I wrote lots of things about Richard the Lionhearted that didn't really have anything to do with actual man because I just like the name. And it seems that I just kept doing it from there."

During Garrett's time in college, most schools didn't offer creative writing courses, and literature classes were dedicated to authors who wrote before 1900. But as an undergrad at Princeton, he ran into a class where some of the great modernist writers were taught. "It was really a turning point for me," Garrett said. "The work of Fitzgerald, Faulkner, Eliot and Pound was kind of being rediscovered during this time, and they had a very big effect on me. Of course I might of picked up some bad habits of imitation in that class but it was very influential."

Garrett, who taught writing at the University of Virginia for more than 20 years, feels that studying and writing both forms can help writers enormously. "It really helps the writers think differently about things," he says. "It makes fiction writers much more self-conscious about language, and it makes the poet much more conscious about narrative line. The poet begins to ask himself 'just what kind of story does the poem tell?'"

Garrett has recently published two very different books. "Double Vision" is a novel that blends fact with fiction. Based on Garrett's relationship with his former neighbor, the late author Peter Taylor, the book explores issues of personal and regional identity and the demands of being a writer.

"The way both the real-life originals and the fictional alter egos are present in the text interrogates the wall between reality and imagination in a way that is provocative, mind-stretching, and always great fun," praises a reader on Amazon.com, "Garrett is a kind of stealth innovator in American fiction."

Garrett's other book released this year, "A Story Goes with It" also mixes reality with imagination, but applies it to WWII. In this case, Garrett explores Nazi saboteurs in both Long Island and Florida. In both books Garrett's innovations within the traditional fiction and nonfiction forms don't fail to astound readers.

At the same time, Garrett says he gets a rush when his writing is going well. "There is an enormous pleasure when it seems like the writing is going right and things are happening," he says. "Now that doesn't always mean it is. Sometimes you get through with it and two days later you find out it's crap. But there are times when it's like an amphetamine high. I think of it sometimes as if there were a vast energy source, like a huge atomic plant that every once in a while you plug into to get a real jolt of that energy. When that happens there's nothing else quite like it. You just want it to happen again, and sometimes it does and sometimes it doesn't."

Lucky for us, it happens to Garrett quite a lot. S