No BS Brass Band and Black Girls come together. 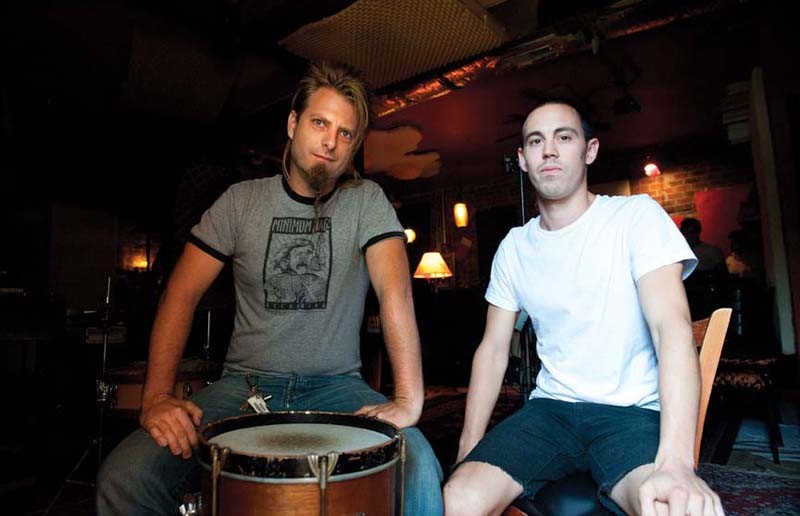 It's a freshly baked summer evening in the Fan, and a tiny park off Main Street buzzes with the din of two beloved Richmond bands discussing their upcoming collaborative release, "No BS Brass Band vs. Black Girls."

This limited edition, 7-inch record features two new versions of fan favorites and boasts a little cross-pollination as well. The ever funky, rebirth brass outfit No BS blows strong on "Ain't Even Gonna Call Ya" and on the flip side, shows off horn talents on Black Girl's glam-pop track, "Broadway." It's a sonic juggernaut poised to rock your face off and move your groove thing. But the pairing is a bit curious given the opposite styles of the musically trained No BS guys and the wacky, snuff rockers Black Girls.

Worthless Junk Records founder Bucky Lewis came up with the concept. It's a perfect fit, he says: "Both are big party bands in Richmond, so that was really the idea behind this. ... Doing something together seemed like the natural."

Music fans can attest to the irresistible energy that fills the room when these groups perform, whether at a house show or on a festival stage. "Getting a diverse fan base is what good music is all about," Black Girls singer Drew Gillihan says. "A good show is a good crowd." Drummer Stephen Farris adds: "There's a range of ages at BS shows, from young to old. Same thing happens at our shows."

For the record's cover shoot, the groups threw on gym attire and hit the basketball court at William Byrd Community House with a photographer. BS brass man Reggie Pace admits it was his idea. "It was more a visual thing," he says. "I just wanted to see us all in basketball jerseys." He adds, laughing, "I'd love to shoot a video too."

Black Girls took things a bit more seriously than their competition. "Bucky told us No BS was talking shit about beating us in basketball," Black Girls' Mike Bryant recalls. "We thought he was serious."

"So instead of getting our costumes together, we trained," Gillihan says.

Apparently it paid off. Black Girls' Farris is quick to add: "Six turnovers in two minutes. That's all I'm saying."

That's the extent of criticism you'll find when talking with the two bands. More often than not, it's a heaping pile of communal love that would make even Oprah weep.

"When you guys laid down horns on our track, our jaws hit the floor," Farris says to BS "It took an hour tops for them to hear the track and then do it just right. We are not classically trained and play by ear, so we were impressed and inspired."

Pace returns the compliment: "I like how they feel on stage," he says of Black Girls. "They've got that frontman thing going on. The drums turned sideways. It's visually entertaining,"

For now, there are no immediate plans to form an indomitable Richmond super group and record a full-length anytime soon. "It's limited now, but we'll keep the idea afloat," Gillihan says. "We'll keep people guessing." S