Why the economic impact of the 2015 bike races, estimated at $158 million, may be little more than fantasy. 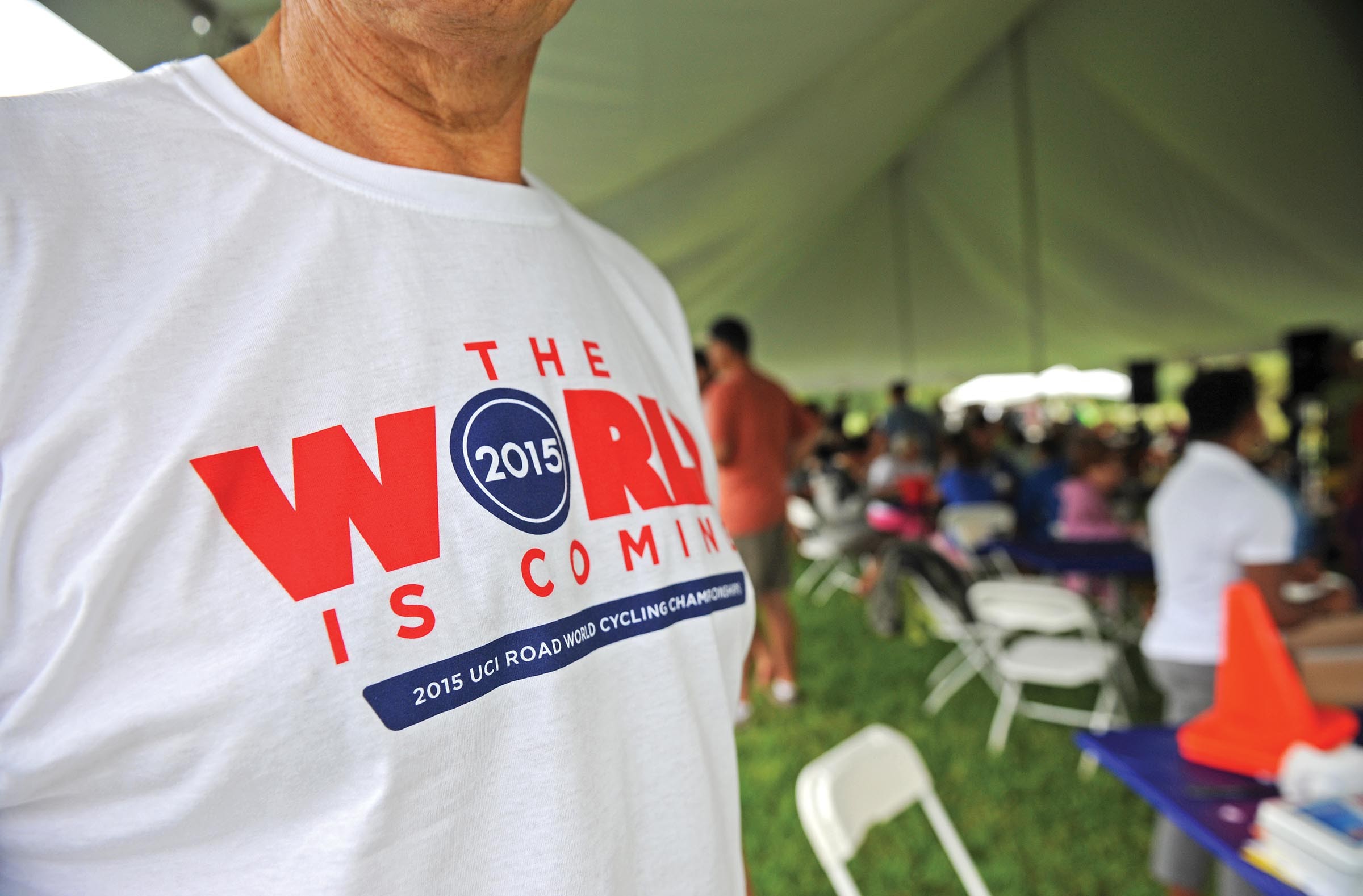 Call it the spin and win. When the UCI World Road Cycling Championships descend on Richmond in 2015, hundreds of thousands of out-of-towners will shower the region with untold millions.

By the time all those direct-spending dollars (see sidebar) finish rippling through the regional economy, metro Richmond will be $129.2 million richer, according to studies by Chmura Economics & Analytics, with a statewide impact of $158.1 million.

But before Richmond starts ordering gold-plated cobblestones, city leaders may want to brush up on some basic economics. The numbers are incomplete.

Economic impact studies commissioned by organizers of the races fail to account for the costs associated with serving as host of the nine-day event. This isn’t a trivial omission. It’s akin to passing off gross revenue as profit.

“The thing with all these impact studies — they are basically just big algorithms. It is very, very easy to tweak your assumptions to get what you want,” says Neil deMause, co-author of “Field of Schemes: How the Great Stadium Swindle Turns Public Money into Private Profit.”

The studies are often critical to helping boosters and politicians justify public subsidies for such events. In other words, don’t worry about the taxpayer subsidies, the street closings, the thousands of volunteers, extra police officers and the other public services that are needed. The economic benefits far outweigh the costs.

“There’s a long tradition of economic impact studies that are more meant to serve as PR devices rather than actual independent investigations,” deMause says.

The bike race studies fail to account for some significant costs. Miles of street closings will crowd out existing economic activity for more than a week. There’s also no attempt in the Chmura studies to quantify how much of the $158 million is new spending.

The most recent study, for example, assumes that 45 percent of 452,580 spectators expected to attend the races live in the Richmond region, spending an average of $95 per day. But if they spend $95 on food and entertainment during the races, “What did you not spend that money on?” asks David Swindell, associate professor of public policy at the University of North Carolina at Charlotte. “Did you take money out of your savings to buy that Coke?”

“You can always dress up numbers with an appearance of mathematical precision,” says Victor Matheson, an associate professor of economics at College of the Holy Cross in Worcester, Mass.

This isn’t to say that Chmura Economics & Analytics did anything wrong. Economic consultants often are hired to produce a report based on assumptions supplied by clients. Christine Chmura, president and chief economist at the firm, didn’t return a phone call seeking comment by press time. Lee Kallman, director of marketing and communications for Richmond 2015, the nonprofit that’s organizing and promoting the races, says a deeper analysis wasn’t commissioned partly because of cost. It is more expensive, and difficult, to do such analyses. And the studies, Kallman says, aren’t meant to be the sole justification for holding the races.

Three Chmura studies were completed in the last year and a half, the most recent on Aug. 21. They place an emphasis on out-of-town visitors, who represent new spending by definition. Chmura projects that out-of-towners will spend $236 per day on hotel accommodations, food and other expenses. Among a projected 452,580 race spectators for the week, the study assumes that 55 percent will stay in Richmond an average of six nights. While some days are expected to draw more heavily than others, the basic assumption is that the races will attract an average of 41,500 out-of-town visitors for six of the nine days.

But attendance projections also are also a point of contention. The race organizers leaned heavily on a 2004 study completed by the Canadian Sport Tourism Alliance following the UCI Championships in Hamilton, Ontario, a year earlier. The Hamilton races drew about 23,768 spectators, according to the study.

Local organizers say the Richmond area is expected to draw significantly higher numbers, primarily because of its location. There are 115 million people living within 500 miles of Richmond, and the 452,580 figure was reached by assuming the Richmond races will draw the same population percentages in Hamilton — nine years ago.

“The core number was based on those percentages, and just looking at the density of the population and proximity to other big markets,” Kallman says. “These numbers are by no means scientific.”

The projected attendance figures are “rough estimates,” Kallman says. But the numbers are critical to tallying the economic impact. And it doesn’t appear that the studies account for the fact that bike racing in the United States remains a second-tier sport in terms of popularity.

“Given the size of bike racing in the United States, these are not huge spectator events,” says Matheson, who specializes in sports economics. What’s more, the races will be held in mid-September, during the height of the college and NFL football seasons, and as major league baseball heads into the October playoffs. “They are coming up against a pretty tough sports calendar in September,” Matheson says: “$150 million for a bicycle race, clearly in a sport that is secondary in the United States? The Tour de France is one thing, but Tour of Richmond is kind of a completely different thing.”

That’s not to say there isn’t value in holding the bike races. Bike racing is hugely popular in Europe, and the television audience may reach 300 million viewers across the globe, race organizers project. Such exposure will translate to an increase in tourism down the line, they say. But such things are difficult to quantify.

The point is that without a more thorough analysis, some say, taking the economic impact studies at face value is a huge mistake.

Without factoring in the substitution effects and opportunity costs, Swindell says, it’s impossible to determine whether events such as the bike races will lead to economic growth. More times than not, they don’t.