A local cafe has captured the soul of the poetry slam trend. 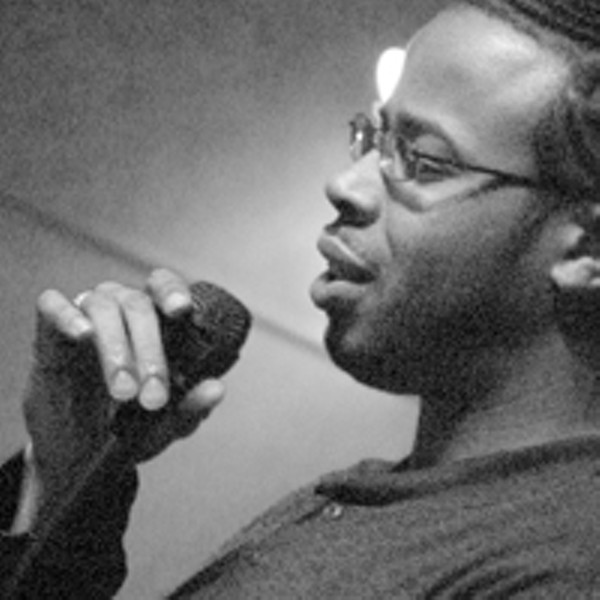 When some Richmonders have rushed home to catch the newest episode of “American Idol” Tuesday nights, others have listened to their fellow comrades onstage unleash heartfelt verses of poetry and song at Tropical Soul on Second Street in Jackson Ward. Noncompetitive, open-mic, spoken-word performances are springing up all over the city — at After Six in Shockoe Bottom, Saturday nights at the Slip in Shockoe Slip, every third and fourth Thursday evening at the Black History Museum in Jackson Ward and every Thursday night at Dabney’s on the North Side.

“I started doing pieces that were about love and revolution, but I realized that black folks always understood and would listen to a black preacher,” says Hobson, who recently moved from Philadelphia back to his hometown of Richmond. “One day I jumped on stage and told the band to follow my lead; that is how my act began,” he says. Hobson, a marketing professional by day, wanted to find a way to talk about what he viewed as the contradictions of Christianity.

Hobson gets on the mic as a way of giving back to his community, he says. His brother is a Baptist minister, but Hobson, an African spiritualist, chooses a different path as an educator and teacher. “When I walk into there … that is my church, and I am all about being an elder, stepping up.”

On any Tuesday night, you can be welcomed at the door by a petite woman who wears a white flower on the right side of her ear. A tall man with dreadlocks and African attire scans the crowd to see if he can find you a seat. You can either stay put or make your way to the bar, where the smells of lake trout and chicken wings will surround you. Then you will hear a brave person recite an experience, backed up by the band and surrounded by the simple prop of red, sponge-painted walls.

Love, sex, religion, politics and war are among some of the common themes: “I am I / and I can do it without you” is one of the lines from Sabrina Gilbert’s poem about a past relationship. “He was my first love, so it really hurt,” says Gilbert, a 19-year-old theater major at Virginia Commonwealth University, “and being onstage is one way I can get it out.” When she finishes, the crowd cheers her until she reaches her seat.

For a moment it seems strange not to receive the typical glances cast on a newcomer. Hostess Lorna Pickney makes it clear that when someone comes to Verses Night, they are walking into a family. Every Tuesday, Pickney stops the show to allow everyone to meet each other, “OK, I want you to meet someone from the other side of the room,” she announces. In a small space and within five minutes, 40 to 50 people squeeze past one another, shaking hands, passing jokes — and even flirting.

Pickney, founder and owner of Upside Design and Promotions, developed the idea of a poetry night along with co-owners of the café, Khalifa Maddox and Nadira Shabazz. “We needed this night, people were hungry for this,” Pickney says. She wanted to start a forum that was noncompetitive and free of the monetary prizes that usually follow a poetry slam. Instead, Pickney puts magnetic verses on each table and challenges the regulars to create a poem. A person from each table has to read his or her creation, and the winner gets a free ticket in lieu of the $5 admission fee. A change from the competitive tradition that began in New York City’s NuYorican Poets Café, Tropical Soul offers a safe space for people who are not self-proclaimed poets or MCs.

Hobson declares that Richmond is soon to be a “cultural Mecca.” Pickney agrees and says that Tuesday nights were a long time coming. Tropical Soul is a place where class, color and culture don’t clash — a place that bridges historical gaps in the metropolitan area. College kids, maintenance workers, financial analysts, musicians, journalists and politicians mingle — whether they are Muslim, Christian or Jehovah’s Witnesses. Some sip on sodas. The tall man at the door politely escorts another newcomer to their seat while and a girl quietly weeps in the corner as she watches her friend on stage deliver an all-too-familiar piece about a love that failed. S