Speaking Up About the R-Word

Certain words hit you like a strong punch in the gut. 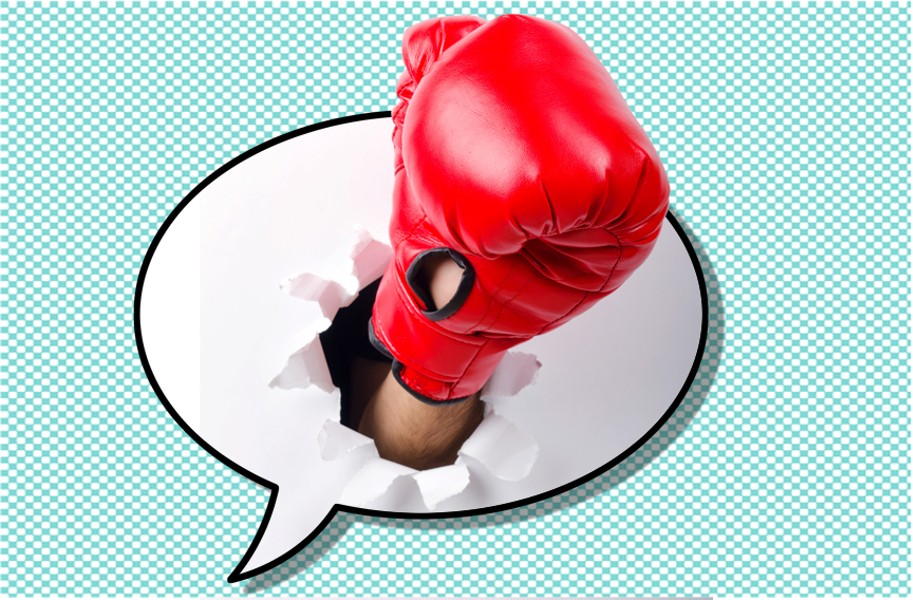 Certain words hit you like a strong punch in the gut. Refer to a woman with that C-word and you’ll be universally condemned, and rightfully so. Talk about a black person using the N-word and there will be hell to pay, as there should be.

But retarded? Voice any concern that another human being has been referred to with such language and you’re likely to be advised to lighten up. What’s the big deal?

I recall as a child making the three-hour drive with my family from our home in northeast Philadelphia to a place called Laurelton. That’s where we’d visit with my Aunt Ethel. She had Down syndrome, which back then was referred to as “retarded.” Laurelton was Pennsylvania’s facility for the “mentally defective,” where my aunt had lived for most of her life. My grandfather had given her to the state shortly after my grandmother died. He was suddenly a single father with four small children, and decided that there was no way that he would be able to care for someone with such special needs as his oldest daughter.

At the time, you couldn’t simply ask that someone step in to help, so he actually had to have her arrested and held in jail for a brief period of time before a judge adjudicated her delinquent by virtue of her mental defect. Then she was sent to Laurelton.

The place was unlike any hospital I’d ever seen. Even as a kid, I wondered how many hospitals had gates and razor wire surrounding them. Aunt Ethel was never happier than when we came to visit. We’d have to wait in a secured lobby while she was escorted down from the locked ward where she was confined. There were no programs, no real classes — just a bed, food and a day room where the residents sat and watched television.

That was Ethel’s existence. She’d laugh, smile and shower us with hugs and kisses and then we’d take her out for the day. We’d visit a nearby lake to feed the ducks. We’d walk around town. We‘d go to a restaurant where Ethel always ordered steak, her favorite food. Midway through the meal, Ethel would begin to eat slower and start to get antsy. She knew that once dinner was over, we’d have to take her back to Laurelton. The end of the visit was always the same, with Aunt Ethel crying and screaming and begging us to please take her home with us.

Eventually, our country saw a change toward deinstitutionalization and my aunt was moved from the human warehouse that was her residence for years to a group home just about an hour away from our family. No more gates or bars. No more staring blankly at a TV set. We still visited regularly and my aunt still greeted us with smiles, hugs and kisses. We still ended each visit with a steak dinner but oftentimes we had to cut it short because Ethel had plans with her friends and housemates.

She had a job she enjoyed. She visited with the neighbors. She complained when the bus was late. She went to the movies. She fed the cat. She no longer merely existed in a state facility — she was living her life. She could never live completely on her own, but she had a rewarding and meaningful life. She was no longer retarded. She was Ethel.

The mental health professionals’ bible, the Diagnostic and Statistical Manual for Mental Disorders, began using the phrase mental retardation in the early ’60s. The term was adopted as a replacement for prior language such as feeblemindedness and idiocy because those terms were correctly viewed as being insulting and derogatory. For the better part of five decades, mental retardation was a clinical diagnosis that encompassed people who possessed an IQ of 70 or less. But today the word is nothing more than a pejorative.

Today, we’ve moved past hateful language, right? We’re much more advanced, civilized and compassionate than we were a generation ago. And yet a black woman who is running to be the mayor of a major American city apparently, according to the reports, feels quite comfortable using a term tinged with such ugliness.

Her fellow councilmen haven’t spoken publicly about the matter, and CBS-6 reported that Mosby declined to discuss what was said in closed council sessions.

I am the father of a beautiful little girl who has an IQ below 70. We’re about to celebrate the 13th anniversary of the Princess’ birth, but developmentally she’s about 18 months old. She doesn’t speak and only learned to walk in the last year. She’ll always live with us. I won’t ever get to embarrass her when she has her first date nor will I ever walk her down the aisle. But whenever I’m feeling down I only need to hear her infectious laugh or look at her ear-to-ear smile to know that she is a gift, not a burden.

There are plenty of R-words I use to describe her. Radiant, remarkable, resourceful and resilient are just a few. S

Jeff Katz is the host of Newsradio 1140 WRVA’s afternoon talk show, which can be heard weekdays from 3-6 and on the Jeff Katz 24/7 channel on iHeartRadio. You can follow him on Twitter at jeffkatzshow, at Facebook.com/radiokatz, and reach him by email at jeff@wrva.com.