The departing head of the ACLU of Virginia talks state politics, conservative allies and hate mail. 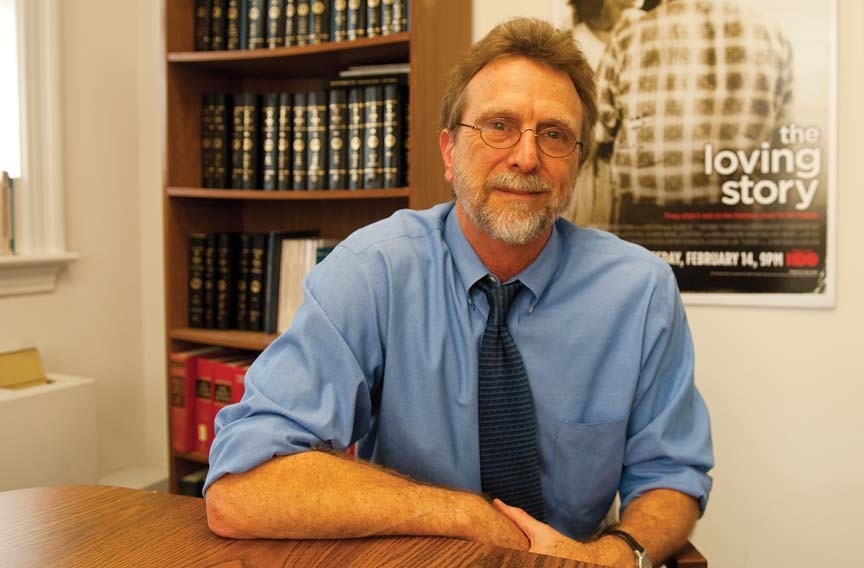 Say what you will about Kent Willis — and many people have — but he doesn't play favorites.

On Willis' watch, the American Civil Liberties Union of Virginia has defended Wiccans and Jerry Falwell, panhandlers and prostitutes, white supremacists, death row inmates and Rick Perry. It doesn't matter who you are, only that your rights were denied.

A native Virginian, a philosophy major at the College of William and Mary and a "child of the '60s," Willis says he always knew he wanted to work for the public good. In 1987 he came to the ACLU of Virginia.

On Willis' first day as executive director, the ACLU got a call from Buddy Hernandez, a Hispanic member of the Ku Klux Klan who'd been arrested for passing out literature in downtown Fredericksburg while dressed in Klan regalia. His crime was wearing a mask in public as an adult. The ACLU defended Hernandez in court and lost.

Willis, 64, announced that he would leave the ACLU in March after 25 years. It's just time, he says — especially because his commute from Fredericksburg means 13-hour workdays. His replacement is well-known lawyer and lobbyist Claire Guthrie Gastañaga. Style Weekly spoke with Willis about the state of civil liberties in Virginia.

Style: In your almost 25 years with the ACLU, what were the most important cases you've handled?

Willis: Ironically, it's probably not a particular case that I think of when I go back through the proud moments we have here. It's an issue. And the issue is one related to both racial equality and the right to vote.
In 1991 we developed a project to help local minority groups to draw racially fair election plans. That project altered scores of local governments in Virginia that had been in the stranglehold of white politicians since Reconstruction. All of those places under the Voting Rights Act, and with our technical assistance, were required to redraw their election plans so that racial minorities had an equal opportunity to elect candidates of their choice. The number of African-American elected officials between 1991 and 2000 in Virginia almost tripled as a result of that.

What was the least popular case that you took on?

And that causes a great many people to dislike us in very heartfelt, sincere but often hostile ways. These are the kinds of cases that bring the most hate mail to us. … I have received numerous messages claiming that I am sure to burn in hell. One in particular I remember claimed that I was going to burn, I was going to die in a fiery car crash. I don't take any of these things seriously.

Have you always relished dealing with cases you know will be controversial?

We try to be as absolutely principled as we can. We know exactly what guides us as an organization. And what we try to do is to put blinders on as regards partisanship, conservatism, ideology and say, if we are here to protect these fundamental constitutional rights … then we're doing our jobs. So sometimes we hold our noses while we're doing our work, and sometimes we enjoy it a great deal. … We also have joined together on cases involving very conservative organizations. … [Republican state Delegate] Bob Marshall calls me every once in a while.

What do you guys talk about?

We're not buddies. He doesn't call me that way. But he contacts us every once in a while when he sees an issue he wants to promote, and he feels that we're on the same side. … This year Marshall introduced a bill to prevent Virginia from engaging in any kind of indefinite detention of … American-born terrorists, under the Defense Authorization Act. … And we agreed with him. And so we both pushed that in the General Assembly.

Where would you say Virginia's going?