Here's why parking in the Fan will forever vex residents, students and city planners. 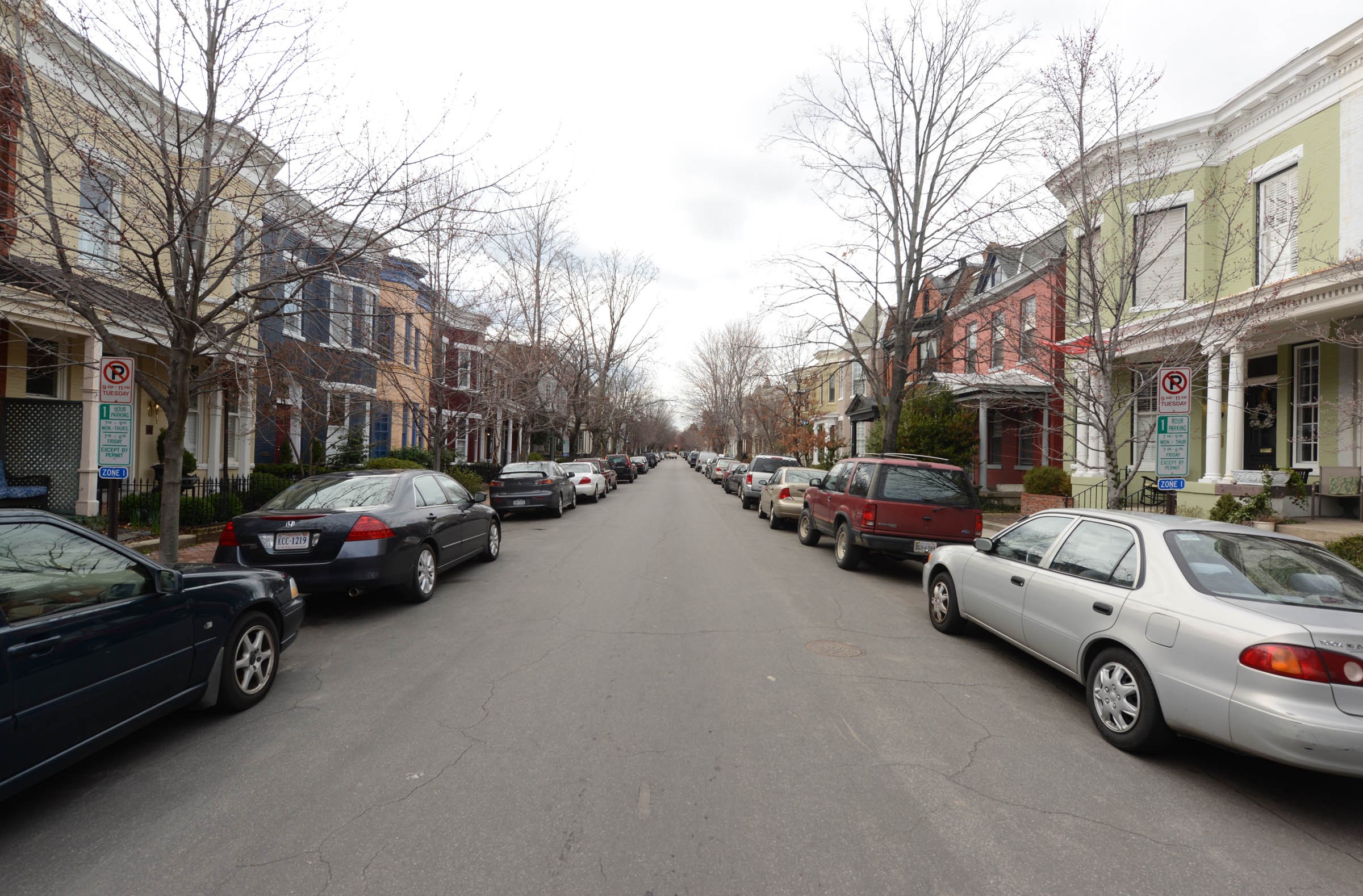 A little more than four decades ago, the Richmond Times-Dispatch published a worrying front-page headline: "Wednesday Is D-Day in Fan."

The article from November 1972 describes the pending implementation of a three-month pilot program exploring whether permit-only parking in the lower Fan would alleviate the trouble residents had finding spaces for their cars "in front of or even near" their homes.

E.L. Crump Jr., president of the Fan District Association, told the reporter that Fan residents "complained they had no place to park because 'of all the kids,' meaning thousands of VCU students." Permit-only parking, he hoped, would fix it.

Forty years later, residents still are complaining about "all the kids" and their cars. Most recently those complaints have given way to a pilot program that tightens parking restrictions and goes into effect this week. The plan, which further limits visitor parking hours, has sparked loud protest from younger renters in the district.

But there's no reason to think the new plan will do much to solve a problem that's dogged the Fan for half a century.

Planned in the late 1800s and early 1900s, the Fan's streets were designed to accommodate the width of two horse-drawn carriages, says Melissa Sleeth, a historian at the Valentine Richmond History Center. The district later grew into a streetcar suburb. Early Fan families with their own means of transit would have owned a single horse and carriage kept in carriage houses, not on the street.

Today, families have not only eschewed horses and trolleys in favor of cars, but also most own at least two. And with many of the row houses in the Fan subdivided into apartments, many house more than one family.

That basic issue became evident just a few years after the residents-only parking district was introduced in '72. An article in the T-D reported that homeowners already were complaining that the decal program wasn't working: There was a continuing shortage of parking spaces.

That parking rules didn't solve the problem shouldn't have been surprising. According to reports at the time, the city estimated that those residing in the parking district owned an estimated 1,000 cars for approximately 725 curbside spaces.

Even in the 1970s, the Fan District Association looked to ever-tighter parking restrictions as a solution. (Fan District President Crump acknowledged "that the parking plan will be 'hard on the kids,' but, he added, that is the objective." Crump then noted that he'd like to see the restrictions expanded to "create even more hardship.")

That was before Virginia Commonwealth University's student body exploded. After the merging Richmond Professional Institute and the Medical College of Virginia in 1968, VCU opened with about 10,000 students. Today there are more than 30,000, which mean exponentially more cars. Steven Bergin, the administrator of the city's parking program, says it has issued about two parking passes for every available on-street parking spot in the Fan. In 2007, officials added some streets in the Carver District, and the next year the city extended the Fan parking district west to Meadow Street.

Landscape architect Doug Cole, a Fan resident and member of the city's Planning Commission, says the arithmetic behind the problem is simple: The typical Fan home is 18 feet to 22 feet wide and the typical parallel parking space is 20 feet to 22 feet long, which means there's only space for one car per house.

If there's a long-term solution to the problem, it isn't going to be realized by forever jiggering and tweaking rules about who can park where and when. To be sure, parking restrictions have a place, but Cole says given the number of cars per residence, new rules only do so much. Restricting visitor parking also hurts the retail shops and restaurants that dot the district by driving off customers who live outside the Fan.

But from a long-range planning perspective, Cole says he can't help wonder why more emphasis isn't put on making public transit a more viable option, eventually lessening the need for residents to own so many cars.

"I realize public transportation has been brought up over and over again, but I never see change," he says. "Just as the Fan has evolved in the past, it can continue to evolve."

A pilot program extends existing parking restrictions for nonresidents on West Avenue and neighboring side streets, limiting street parking to one hour from 7 a.m. to midnight daily, including weekends, for those without parking passes. Currently, parking for nonresidents is limited to one hour, between 7 a.m. and 9 p.m. Monday through Thursday and 7 a.m. to 6 p.m. on Friday, with no restrictions on weekends.

Tom Lisk, head of the Fan District Association's parking committee, says the city will be counting cars and studying the new regulation's impact through May. If the changes appear to bring measurable relief, the association will consider imposing the new rules on a wider swath of the Fan. He says residents on nearby streets already have expressed interest in expanding the program. S