The curtain goes up at the Perkinson Center for the Arts in Chester.

Scott Elmquist “Quarantine Creations,” a series of 120 works by 70 local artists that were created during the pandemic, are currently featured in the art gallery.

After three decades in the making, the curtain has finally risen at the Perkinson Center for the Arts & Education in Chester.

With a mission similar to that of Henrico’s Cultural Arts Center at Glen Allen, the $17 million Perkinson Center features a theater that can seat about 350, an art gallery, classrooms and other spaces for public and private events for the Chester community. Already, the 20,800-square-foot facility has plays, musicals, author talks, comedy shows, magic acts and musicians on the books.

The road to the facility’s June ribbon cutting was a serpentine one. The genesis of the Perkinson Center began with the John Rolfe Players, a community theater group that staged shows in Chester from 1955 to 1994. In the 1980s, members of the group began envisioning an arts center that Chester could call its own.

In the mid-1990s, the Chesterfield Board of Supervisors allocated money to build a new library in Chester and purchased land on an adjacent lot for the purpose of establishing an arts center in the future. Chesterfield residents approved a bond referendum to build the center in 2004 with the agreement that the county would contribute $5 million to $6 million, and that the community would match it. 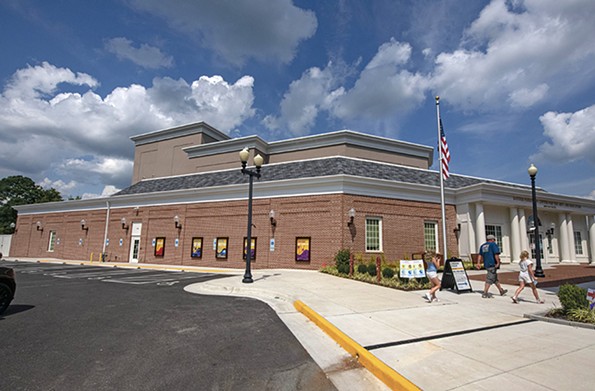 Redesigned to be less expensive, then stalled by the recession, the center continued to be championed by community members. In 2016, local dentist and philanthropist W. Baxter Perkinson Jr. and his wife Elaine pledged $1 million to the arts center in 2016. In 2018, Donna Dean Stevens and her husband pledged $350,000 to the center in honor of her late husband, country singer and sausage magnate Jimmy Dean. That same year, the Chesterfield Economic Development Authority took over construction of the project, and the county approved $5.1 million in additional funds.

County officials broke ground on the center in June 2019, and construction was completed last fall before coronavirus vaccines were available to the public. Owned by the county and programmed by the nonprofit Chesterfield Cultural Arts Foundation, the Perkinson Center is finally ready for showtime.

“It’s pretty amazing,” says Hugh Cline, a Chester native and retired businessman who served as chairman of the foundation from 2014 until June. “It’s obviously something that took a lot longer than anybody had hoped, but it was a labor of love.”

For live performances, the Jimmy Dean Theater has 316 fixed seats and can go up to roughly 350 with added chairs. The orchestra pit can fit 20 musicians, and can be raised to extend the stage, if needed. The theater also features a full fly system and a 100-year-old Steinway piano.

Classes for dance, music, theater and visual arts are in the planning stages. Currently, the hallways and art gallery feature “Quarantine Creations,” a series of 120 works by 70 local artists that were created during the pandemic.

The center’s donors weren’t exactly silent partners. Originally the facility’s art gallery space was supposed to be part of the foyer. Perkinson, a prolific artist, insisted the gallery be a stand-alone room. Same with the Jimmy Dean Theater: As a singer and songwriter who’s played her fair share of venues, Dean Stevens insisted that every seat provide ample legroom and a good sightline to the stage.

“I can confidently say each seat is a good seat,” says Jon Shelley, the center’s production manager and technical director. “We’re small enough to be intimate.” 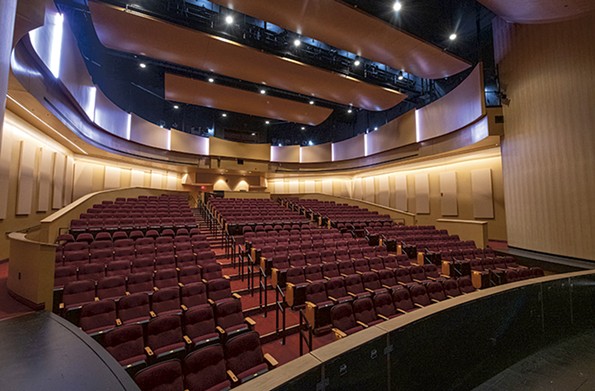 Presently, the foundation is hiring an artistic director.

“We’re looking for a great, well-rounded individual who has a love of the arts,” says Sarah Snead, the center’s interim director. “We want this to be a venue where everyone in the community feels comfortable, feels like this is their home.”

Notably absent from these developments is Betty Matthews, a former member of the John Rolfe Players who was the driving force behind the center’s creation. She died in December 2018 at the age of 92.

“This would be beyond her wildest dreams,” Cline says. “She was an inspiration to everybody and everyone not to give up. She would [be in] tears.”

For information about the Perkinson Center for the Arts & Education and its programming, call 748-5555 or visit perkinsoncenter.org.


Back to the Fall Arts Preview