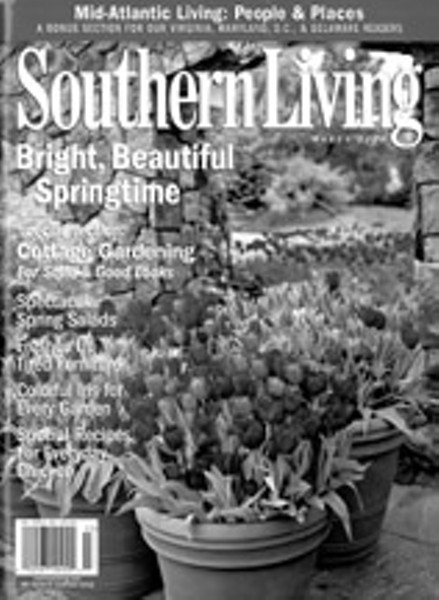 “This is just another one those delightful surprises,” Robinson says. “It’s all that you’d hope for, other than being on the cover of People, I guess.”

With Southern Living’s 2.7 million subscribers, the publicity is an unexpected coup. Including newsstand sales, the Lewis Ginter cover will be reproduced more than 3 million times. While the cover photo will appear on every issue, the inside feature on Richmond appears only in the Southeast, Tennessee, Kentucky and a few Midwestern states, or about half of the 3 million or so issues. (The other half gets “San Antonio, 3 Days, 3 Ways.”) Unfortunately, nowhere in the magazine does it mention the cover picture was shot at Lewis Ginter — or even in Richmond.

The shots were taken when a writer and photographer visited Richmond in April of last year. Jon D. Thompson, director of photography and cover art for the magazine, remembers when he saw the film on their return to the magazine’s headquarters in Birmingham, Ala.

“I looked at the film. Immediately, I was like, ‘Wow, it’s got great cover possibility,’” Thompson recalls, explaining that he was looking for pictures with bright, bold colors. “I wanted something with depth that really pulled you in. This particular shot has that something in it that really grabs you.” — Scott Bass