A local biographer paints the daughter of a president as a symbol of a failed nation. 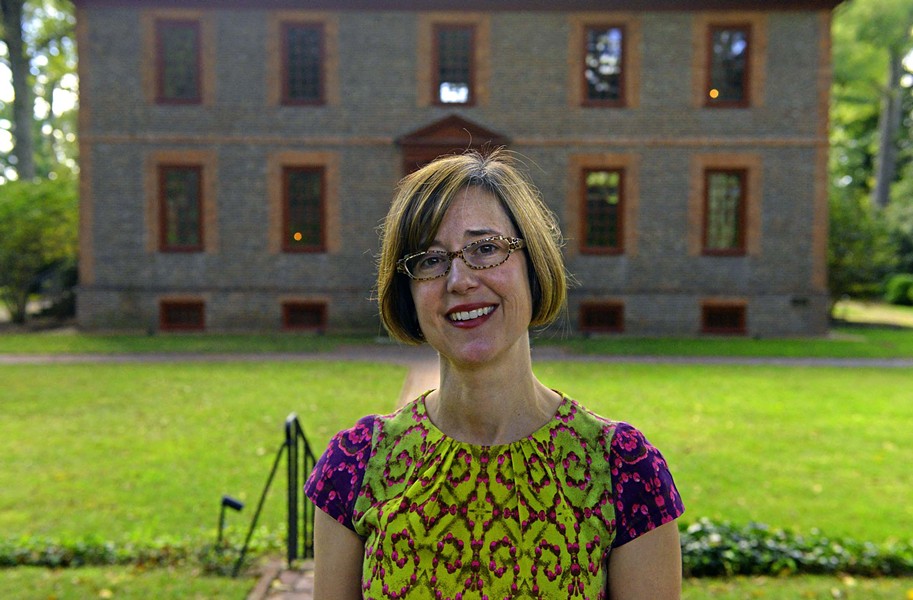 Winnie Davis was the last child of Jefferson and Varina Davis, the president and first lady of the secessionist states. Her successful birth was heralded as a good omen for the Confederates, a sign that their beleaguered leader remained virile and capable.

Davis' biographer, local writer Heath Hardage Lee, says modern audiences also have a tendency to idealize Davis — particularly the Confederate veterans groups she often finds herself presenting her work to. But Lee says she isn't always sure they're closely reading her biography, "Winnie Davis: Daughter of the Lost Cause."

"The subtext to the book is that Winnie is the last casualty of the Lost Cause," she says. The early incarnations of these Confederate veterans groups, in idolizing her as Jefferson Davis' daughter and reacting so virulently to her engagement, essentially "ruined her life" in the years following the Civil War.

Born in Richmond in June 1864, Winnie Davis' birth was a small bright spot in the midst of tumultuous years that defined her early life. A few weeks before, her 5-year-old brother, Joseph, had died falling off the balcony of the White House of the Confederacy, on East Clay Street. And not long after her birth, the family fled south in the wake of Confederate defeat in the Civil War.

That defeat triggered deep humiliation for white Southern men, a great emasculation. Veterans feared that women would abandon them for Northern victors, and Southern women were pressed to marry returning soldiers. Wartime battle cries morphed into a fixation on narrowly defined Southern heritage and mores. Lee calls it "an anthropological study of how people respond to defeat."

When Davis returned from schooling in Europe at 18, she began accompanying her father on trips throughout the South to rallies and festivals honoring the fallen Confederacy. Confederate veterans, now in their 40s and 50s, were at a nostalgic age, and Davis — lovely, educated, well-mannered — was the royalty of their lost cause.

It was in this time in 1886, during travels up North, that she met Alfred Wilkinson in Syracuse, New York. He was a successful lawyer and the grandson of a famous abolitionist. They began corresponding in secret, and two years later, Wilkinson arrived unannounced on the porch of Beauvoir, the Davis house in Mississippi, to ask Jefferson Davis' permission to marry his daughter.

After a tense night of negotiations, Wilkinson and Winnie were engaged with the consent of her parents, Jefferson and Varina Davis. A wedding date was set soon after. But the ceremony was pushed back. Initially a secret, word of the engagement crept out, and racially charged letters and death threats came pouring in to Davis, 22, her fiance and the Davis family.

Jefferson Davis had approved of the marriage before his death, hoping it would unify the country. Lee believes that if Davis had lived longer, Winnie and Wilkinson would have married. "Jefferson was pro-reconciliation," she says. "He would've convinced Varina, 'This is good for the country.'"

But he died in 1889 and his wife stepped in. Winnie Davis' mother, it seems, influenced by the pressure of friends and relatives, slowly poisoned her against Wilkinson, questioning his suitability and financial means. "Varina definitely comes out a villain," Lee acknowledges. The engagement ended the next year. 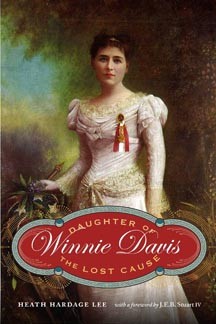 The author clearly identifies with Winnie Davis, particularly in the complex mother-daughter relationship. Winnie later moved with Varina to New York and experienced some success as a writer. The pair befriended Kate Pulitzer, the lively socialite wife of newspaper baron, Joseph, and Julia Grant, wife of Ulysses, and traveled widely.

But Varina Davis is given an agency in the book that her daughter is not. Winnie's actions occur in the passive voice and she emerges unscathed by her participation in rallies heralding her mere presence and festivals perpetuating an exclusionary Southern culture.

Lee says Winnie Davis didn't fight the "Daughter of the Confederacy" label. She calls her "a people-pleaser." But perhaps pushover is as apt a description. The social norms for women of her day were powerful ones, of course. And Davis was born into even more constraining circumstances. But social norms are all that they were. Not, say, physical servitude enforced through violence.

The uncomfortable parts of Lee's book also come when she mentions how "poor" the Davises were following the war and laments the "psychological damage done to many white southerners" during the war. Just as handily, though, she describes the "tailored silk dress in [Winnie's] favorite dove gray color" and the leisurely European vacations.

Despite occasionally having to reconcile these problems of perspective, it's difficult not to enjoy the lightly written story of Winnie Davis. And it's easy to see why most Confederate groups enjoy the book, glossing over the tragic overtones and cautionary tale of Davis' short life. (She died at 34.)

It's probably worth noting that one Confederate group seems to have read Lee's book more closely. The Mississippi division of the Sons of Confederate Veterans, which runs Beauvoir, the plantation where Jefferson Davis lived until his death, doesn't sell "Daughter of the Lost Cause" in the estate's bookshop.

Bertram Hayes-Davis, the great-great-grandson of Jefferson Davis, was ousted as executive director at Beauvoir earlier this year because he showed a desire to move past the fetishization of Confederate heritage. He had the audacity to suggest that the plantation might better position itself for the future if it didn't swath itself in a giant version of that historically inaccurate battle flag held so dear by certain sympathizers.

Lee spoke about her book at Beauvoir during Hayes-Davis' tenure. But the days of trying to understand people at a human level are gone there. The board has no interest in a book that sees Winnie Davis as more than a consort to the cause.

Bertram Hayes-Davis joins Winnie, his great-great aunt, in struggling against a legacy of Jefferson Davis that's been co-opted by Confederate veterans and descendants, intent on venerating a racist government from the mid-19th century.

Lee's book doesn't much delve into the complex legacy of racism and sexism that entrenched itself in the South following the Civil War — and exists through the present day. But it's a readable, drama-filled portrait of one woman's identity as a symbol of her family and a failed nation. S