A new documentary series at Studio Two Three allows filmmakers to present and discuss their work. 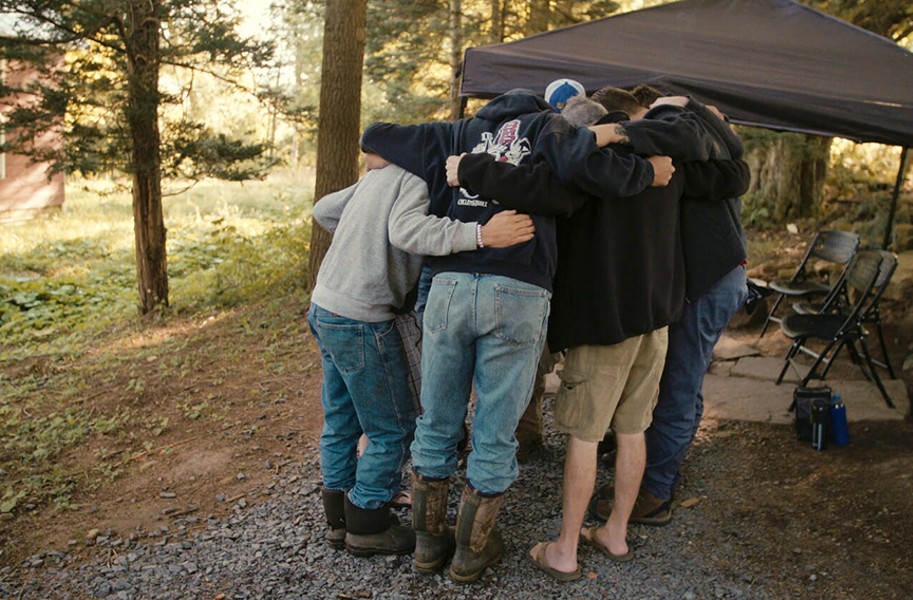 The first Doc’s Addition, featuring director Elaine McMillion Sheldon showing “Recovery Boys,” is held Wednesday, Jan. 29, at 7 p.m. at Studio Two Three. The cost will as much as $15, based on what people can afford.

Cinema going has evolved into a selectively communal activity. People still go to theaters, but there’s essentially one flavor of blockbuster these days: the preordained, pre-branded mega-production based on an established fantasy property.

Last year there were signs of hope, as eccentric and politically charged films like “Parasite,” “Uncut Gems,” “Harriet” and “Queen & Slim” enjoyed surprisingly successful theatrical runs, but they still can’t compete with the exposure enjoyed by the dozens of Marvel movies.

Of course, independent films and documentaries now thrive on streaming sites, which has opened up new markets for new types of films, though there is an ambiguity to this victory: More choice means that productions have a habit of cancelling one another out in terms of audience awareness, and the communal element of theatergoing is lost with these venues. Doc’s Addition, a new bimonthly documentary screening series at Studio Two Three in Scotts Addition, hopes to offer a utopia among the void of oversaturation.

The venue itself is a reminder of the influence of location on experience: in this case, art creation and contemplation. Studio Two Three, at 3300 W. Clay St., is humming with life — classes, events and a vast shop that allows members of the studio to pursue a wide variety of interests. A large industrial space capable of seating a few hundred, it can be rented for events and it’s also doubling as the screening room for Doc’s Addition. Compare this dynamic set with Netflix in your bedroom.

I told the film series founders — Kate Fowler, Nathan Clarke and Tyler Trumbo — that the environment itself was inherently exciting, and they agreed that was more than partially the point. Fowler, Clarke and Trumbo are all local filmmakers, and Fowler serves as the development director at Studio Two Three. Doc’s Addition is an effort to allow documentarians to present their work and to discuss it with a live audience, affirming the notion of filmmaking as a collective rather than corporate endeavor.

Logistics are still being worked out for other films in the series, but the plan is for most of the docs to concern Southern issues. Fowler observed that Richmond is a place in between the rural South and East Coast arts meccas like New York, a lively arts city that could serve as a bridge between these cultural polarities. As Clarke says, “it’s important to have artists discuss their work” as it initiates intimate conversations that eclipse the hateful hype of modern discourse.

Doc’s Addition kicks off Jan. 29 with Academy Award-nominated director Elaine McMillion Sheldon offering a Q&A with her film “Recovery Boys,” a poignant study of Jacob’s Ladder, an unconventional rehab center in West Virginia for young men struggling with opiate addictions. This is the sort of heated issue that Fowler, Clarke and Trumbo wish to examine on an ongoing basis, and Sheldon finds the humanity in an epidemic too often discussed in classist terms.

“Recovery Boys” has a heartbreaking sense of misdirection. For a while, Sheldon allows us to enjoy a redemption story. Founded by Dr. Kevin Blankenship, whose son is three years sober at the initial time of filming, Jacob’s Ladder is an idyllic farm where recovering addicts go to work while attending the group meetings similar to Narcotics Anonymous and Alcoholics Anonymous. Unsaid but evident is Blankenship’s theory of work as a way to break through the self-loathing and hopelessness that plagues addicts. In addition to talking, these men are allowed to do something — to feel valued after lives of chaos and poverty.

As a documentarian, Sheldon has the same clear-eyed, tolerant manner as the counselors working with the men. She’s willing to look at their demons head on, even as some of them relapse and complicate our — and Blankenship’s — desire for an uplifting narrative. One man seems particularly unreachable, his bitterness and hunger trumping his desire to escape a kind of hell on earth. This is the profound pain of addiction: to want in and out of something equally and simultaneously, to be unable to live without poison.

An irony: I watched “Recovery Boys” on Netflix for this piece after meeting Fowler, Clarke and Trumbo, where it has been available for some time. I had never heard of it, even though it is a respected film and I make part of my living writing about under-the-radar films. This is the magic of events like Docs Addition, which allow you to look through the thicket of pop cultural noise in order to stretch your own test-marketed boundaries.