Singer Landon Elliott is finding a way to tour in place. 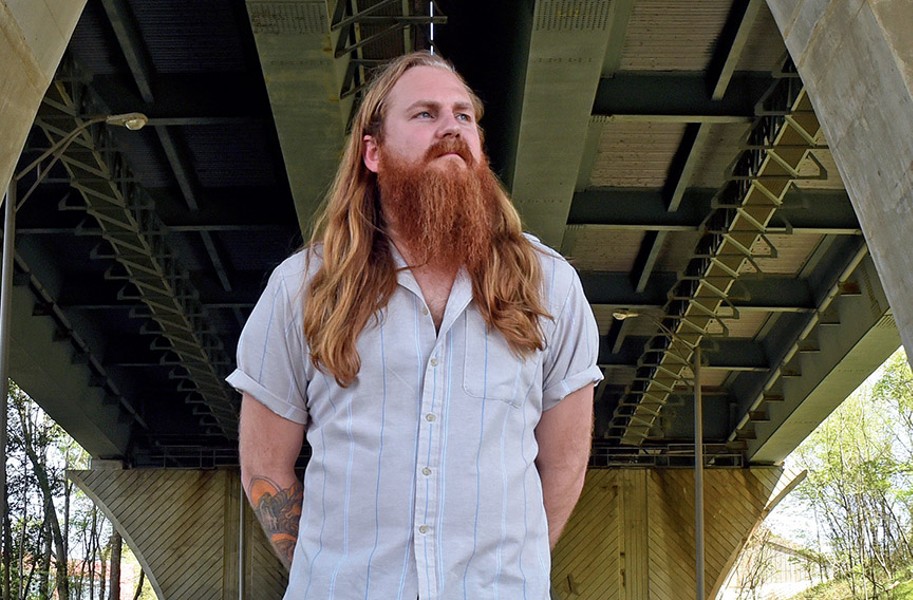 “I should be in New York right now,” Landon Elliott says on a recent Friday evening. Instead, the singer and songwriter is at home, where he’s broadcasting the entirety of his Live and In Isolation concert series. The shows began in March after the quarantine announcement and currently extend to the end of April.

“Performing on camera with no one else there, it’s such a sterile experience, performance wise,” Elliott continues. “You hit the last chord, and it’s just silent. You see the audience numbers, but you’re not hearing them. You’re performing for yourself, in a way.”

The audience count originally showed up on StageIt, an interactive concert platform. But Elliott is moving on from these small, ticketed events towards more open platforms, like Instagram and Facebook.

“I’m bouncing around to see what works,” he says.

Shifting to more commonplace platforms carries its own set of challenges, though. Elliott acknowledges that quick hits like Instagram videos are typically just fun tools for bringing fans out. Now, as he describes them, “the promotional tool is becoming the thing, the main attraction.”

In a recent Instagram post, Elliott arranged his children’s magnets to announce a late-night Saturday show. He rolled up next to those playroom magnets at 9 p.m. promptly, wedging himself between a chalkboard and a laptop. Then, for the next 90 minutes, he strummed his acoustic guitar, tallying almost 900 views. His voice was surprisingly crisp in the little homemade nook. “You sound lovely,” one viewer posted during the live feed.

“The last show I did was a family show at noon,” Elliott says. “I’ve got another show scheduled for 9 a.m. soon. Maybe I can catch these people at the front end of their day, drinking their coffee. I’ll play slow jams in the morning. There are no wrong answers here.”

Changing up the style and tone helps to build motivation, Elliott says. After his family performance, he received videos of kids watching and singing along to the cover songs. That’s a stark contrast with the very first performance March 18, which felt, in Elliott’s words, “so weird.”

“You have to realize that if people are tuning in, they’re excited to see you. That takes away the pressure and helps me be present,” he explains.

“People are figuring out how to still come together. So I’m definitely not alone in the struggle and challenge. If inserting my face on the internet gives people a moment to relax and enjoy music, then it’s worth it.”

Back to the Music Issue