Sound Art: A Local Artist and Festival Organizer Sets His Sights on an Emerging Art Form 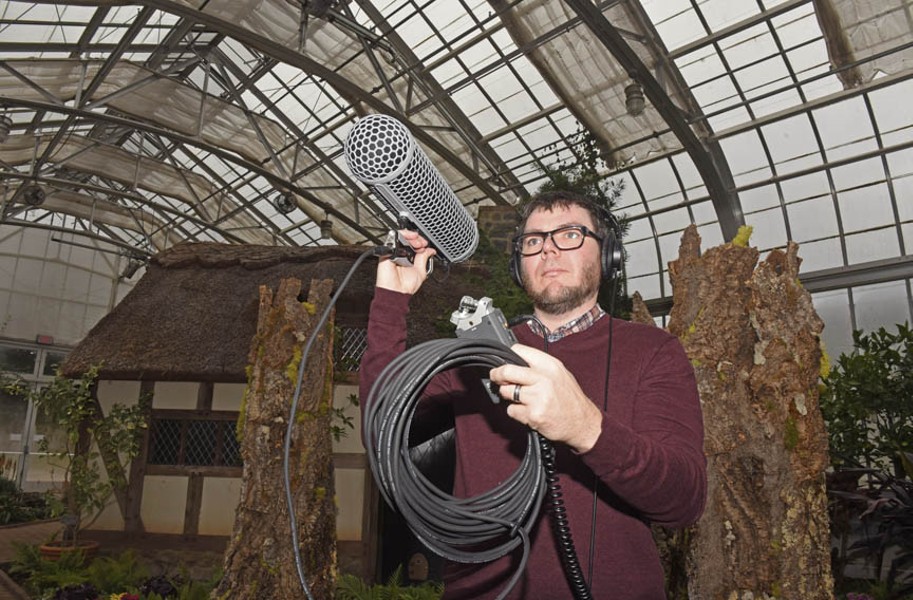 With the help of others, Garland has organized several successful community art projects since 2003, shortly after he completed his graduate degree in in painting and printmaking at Virginia Commonwealth University.

His first project, co-organized with photographer Jennings Sheffield, was the Sculpture Invitational in 2005 and 2006 in Manchester. He then helped organize 1708 Gallery's inaugural InLight festival in 2008, the Street Art Festival in 2013 and 2016, and the Find Art Doors project in 2015. Now, the painter-turned-sound artist who holds a doctorate in media, art and text from VCU, has a new initiative: Sound Arts Richmond, a project begun in 2014.

Supported in part by a grant from the Virginia Tourism Corp., Sound Arts Richmond currently has 25 participants, including the Richmond Symphony, the University of Richmond, the Cathedral of the Sacred Heart and the Islamic Center of Virginia. The festival is loosely based on a sound-art program in Athens, Greece. Planned events occur from March to September and will include exhibitions, concerts, film screenings, art acquisitions, publications and workshops. Specific information on events is not ready to be released yet.

Garland welcomes more participants. "This is really about Richmond, so I want all of Richmond to participate," he says. "It's not just about art institutions, it's about all of us."

A native of Abingdon, Garland moved to Richmond in 1999 and quickly fell in love with the city. He explains that in the early 2000s, many artists and creative people left Richmond for big metropolises. Garland had other intentions.

"I wanted to get my feet in the ground here and see what happens. I felt like [Richmond] was the perfect place," he says. "It is that city [where] you can have these crazy concepts and people are supportive. I don't think you can do that in New York City or L.A. or Philadelphia. It's a small enough city and it's large enough to be able to pull something off like this because people are very accepting."

Why sound art? For Garland, an assistant educator at the Virginia Museum of Fine Arts and an adjunct professor in the kinetic imaging department at VCU, it's a matter of education. "I used to be a painter and people would have this expectation of what a painting was," he says. "When I say I am a sound artist, the first question is, 'What is that?'"

He points to several challenges facing the art form. First, sound art has only recently received a platform in art schools and museums. Historians argue that it has roots in the first recordings of the late 19th century and cite a long list of sound artists from composers Pierre Schaeffer and John Cage in the 1940s to La Monte Young and Tony Conrad in the 1960s. Also, there are a small number of exhibition spaces.

All of that is changing, and with the citywide Sound Arts Richmond, Garland hopes to capitalize on that changing landscape.