Scott Elmquist The Intermediate Terminal No. 3 near Rocketts Landing.

Our town is nothing if not giddy these days with each announcement of a planning or development scheme. Vision statements and building starts percolate daily from many directions, or so it seems. A James River Park System plan, revising the downtown plan, a proposal to eliminate Monroe Ward's surface parking lots, the $1.4 billion dollar Coliseum-Navy Hill redevelopment, replacing the Diamond, establishing a historic district in Blackwell, and a sweeping, updated master plan for Virginia Commonwealth University are all in the works.

Then there are ideas to improve the Jefferson Davis Highway corridor, build new housing on the site of old Armstrong High School, develop a medical building at the former Westhampton School, and conducting an international design competition for re-imagining Confederate-infused Monument Avenue.

Scott's Addition and Manchester continue to blossom, while along Brookland Park Boulevard and its vicinity, developers are shifting pedestrian-scaled projects into gear. Meanwhile building cranes loom over downtown, Jackson Ward and the flood wall on both sides of the river. Newly topped-off buildings punctuate the Manchester and Financial District skylines as site plans are flying off drawing boards for taller residential buildings along the path of the Pulse.

And this just in: Public input from a recent Richmond Times-Dispatch public square meeting included one on the 75 item wish list: to ramp up the city's population to 500,000.

But here's the thing, in our rush to be macro — that is, taller, faster, denser, more intensive and more inclusive — we need to keep a cautious and protective focus on the micro. That entails holding tightly to the things that make Richmond, well, Richmond.

Of course, a list of what those things entail varies depending on whom you ask, but many agree that Richmond is predisposed to conservatism, for better or worse. This go-slowly attitude means that the region is emerging from some relatively sleepy decades, compared to the go-go, boom-boom aggressiveness of such cities to the south as Charlotte, Atlanta and Miami. This also means that Richmond has maintained much of the architectural soul of what makes it special, even quirky. Many of our old and newer historic neighborhoods, from Church Hill and Woodland Heights to Barton Heights, Hermitage Road and Lakeside to Scott's Addition, have never looked better.

However, disturbing things can accompany so-called progress, even in a city that proceeds with caution.

While the dizzying growth of VCU is, on balance, positive, the population and physical expansion have presented some cautionary situations. In Oregon Hill, after years of attempting to balance town vs. gown dynamics while repenting for the sins of demolishing hundreds of houses for the Downtown Expressway, for instance, something unfortunate occurred recently. This past spring, a solidly built row of modest but dignified and handsome antebellum buildings in the 800 block of West Cary Street was demolished. It is being replaced with a 100-unit apartment building — providing needed housing, of course — but offering zilch in architectural interest in exchange for the loss. With a modicum of imagination, and another pass or two at tweaking the design, the irreplaceable historic structures could have been woven into the plan, maintaining a link to the neighborhood's past and applying historic preservation tax credits to financing the project. It would have been the right thing to do.

While the Pulse bus system has added new visual energy to a 7-mile urban and suburban corridor from Willow Lawn to Rocketts Landing, planners are seeking to intensify housing along the route with taller buildings within a zone that planners are calling a "transit-oriented nodal district."

It didn't take long for one developer to announce his concept for building a 12-story chain hotel a block north of the 17th Street Farmers' Market at 127 N. 17th Street. Sadly, this would inject the first high-rise building into the tissue of Shockoe Bottom, a district of old, low-lying buildings, mostly fewer than five stories. It is one of our city's most evocative places, and probably sacred as well, with the still-untapped reservoir of painful stories to be researched and told regarding decades of slave trading that occurred here.

The developer of the proposed hotel did offer an extenuating olive branch: His intent is to weave the century-old Weiman's Bakery building that occupies the site into the plan — and gain historic tax credits for the gesture. Would that other developers showed the same, well, if in not quite sensitivity, at least savvy. 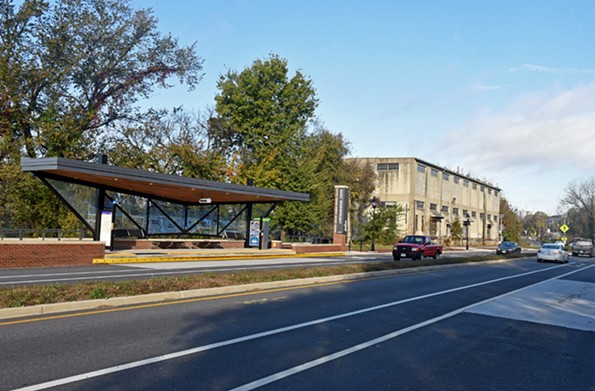 Arguments are back and forth on the fate of the Intermediate Terminal No. 3 near Rocketts Landing. Stone Brewing Co. had promised to convert the concrete warehouse, built in 1939, into a destination pub and restaurant at the hulking remnant from Richmond's time as a transfer point for sugar from the Caribbean. But it reneged, citing the structure's instability. Meanwhile opposing lines have been drawn to whether the building is even historic or not.

Since officials at the state's Department of Historic Resources withheld its approval of a historic designation, corporate and city officials consider this a pass.

"The complex has lost integrity of setting, design, materials, workmanship, feeling and appreciation," weighed in another local historian, "Interpreting and advancing the story of the commercial shipping history in Richmond does not hinge on salvaging a structure that rests in a flood plain and is beset by numerous structural issues. The history of Rockets Landing and its environs can be told eloquently and artfully absent this decaying building."

But in determining what is historic we might apply United States Supreme Court Justice Potter Stewart's 1964 definition of pornography to what is old and historic: "I know it when I see it." If the Intermediate Terminal is the last survivor of what were once scores of riverfront buildings serving Richmond's maritime glory days, come on folks, it's historic.

And why would we even consider tearing down this 79-year-old commercial building? Restored, or left as a glorious empty vessel, it can be the building block, if not centerpiece, of whatever Stone Brewing might build nearby. Rather than either or, let's have old and new.

Consider. One reason our community has been slow to appropriately develop a visual narrative of the slave trade in Shockoe Bottom is that only one building still stands related to the heinous business. Old and historic buildings, architecturally distinguished or not, can be critical starting points when seeking to link the present and past. Lose the buildings and we lose that connection.

The same holds true of a threatened, 168-year-old building on West Cary Street near Nansemond Street that most recently housed a popular restaurant, Carytown Burger & Fries. The general consensus has long been that this worthy and solid, if battered, brick structure was a toll house during much of the 19th century when Cary was named the Westham Plank Road. The rustic highway, laid in dirt and wooden boards, connected Richmond with points west to the mountains along the James River.

Whether or not the toll taker actually lived here, is no big deal here in the 21st century. Today, it is the oldest house in the Museum District and more solid than most of the mid-20th centuries buildings that surround it. The historic resources department has decreed that it's not distinguished enough to receive historic designation. Maybe not, but it's at least 178 years old, for crying out loud. We're not going to have any more like it. Come on, save the darn building. The developer's description of the architectural plan for the proposed complex — a grocery store, parking deck and strip of shops— waxes poetic about how it will fit in with the historic aspects of Carytown. Such banter is cringe-worthy in the face of the loss of this tiny survivor of an important chapter in the neighborhood's history. 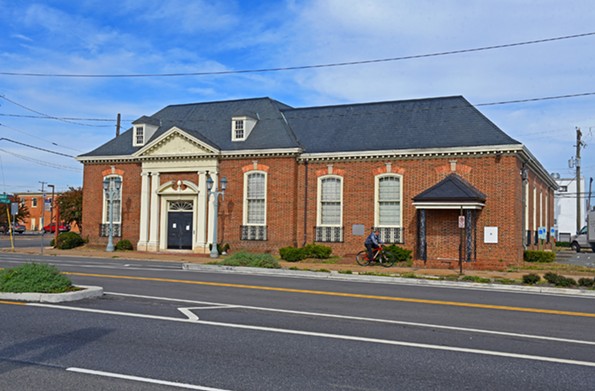 It's shocking that a new apartment complex planned for Scott's Addition at West Broad and Summit calls for demolishing an architecturally elegant former SunTrust branch bank now on the site. The one-story, 10,000-square-foot building, built in 1948, is a top-notch colonial revival building that was built on the eve of modernism in Richmond. Its doorways and windows are handsome and its red bricks are laid in the Flemish bond pattern. If one squinted, it wouldn't be hard to imagine this as a house in Windsor Farms or Westmoreland Place where it would fetch $2 million and upwards. In fact, it was probably designed to catch the eye and serve folks who lived in those and less grand West End neighborhoods.

But despite it being a contributing historic structure to the official Scott's Addition Historic District, it is considered expendable to make way for a 166-unit apartment complex. The Summit, from what one can tell from a published rendering, has all the heft and charm of an Ocean City, Maryland, motel, complete with the name of the complex displayed in stacked letters on a prominent exterior wall.

Along with the glorious Handcraft Cleaners Building, a moderne masterwork, and the Blue Bee Cidery, with its rusticated cobblestone walls, this former bank is among the handsomest buildings in Scott's Addition. So why is it being demolished?

Probably for lack of effort or thought. Like the doomed, so-called toll house in Carytown, this classical gem, for some the gold standard in what Richmond domestic-scaled architecture is all about, could easily have been woven into the fabric of the larger development — and add grace notes to an otherwise ordinary design.

I know. We can't save everything. But that's the point: In the case of the Intermediate Terminal and the toll keeper's house everything else is gone. They are sole survivors. The former branch bank, that channels the spirit of Sir Christopher Wren, a late Renaissance English architect, is a standout because it is 180 degrees different from the stash of undistinguished midcentury modern warehouses that populate most of Scott's Addition. Ironically, it is the rare architectural outlier in a neighborhood that prides itself on being über cool.

These and other survivors and outliers are at risk. We shouldn't sacrifice what's left of our distinctive architectural patrimony for a transit-oriented nodal district. S