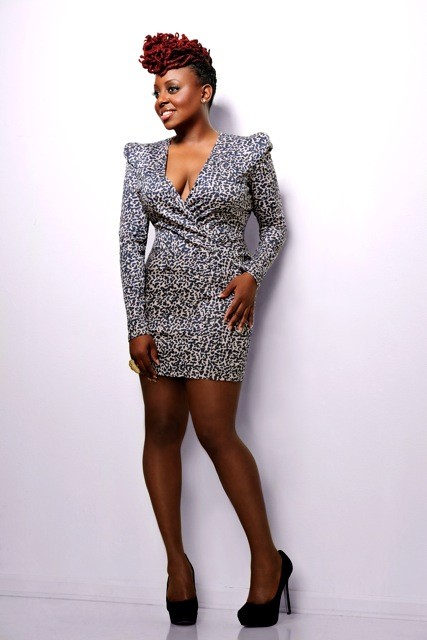 Ledisi shakes like Beyoncé, whips her hair like Willow Smith and sings like Ella Fitzgerald at CenterStage Friday night. She dances, she bounces, she hollers and laughs. Her energy and voice know no restrictions. Then she sings her second song.

“R&B is boring. Let's make some noise!” she says early in the evening. Backed by a five-piece band, the former opera student blends jazz, gospel and her brand of what she called “are-uh and b.”

Ledisi was born in the south and raised in Oakland, CA, but her family has a Richmond connection. Her biological father is Larry Sanders, who recorded an album with Richmond producer and provocateur August Moon. Sanders died earlier this year, having reconciled with his daughter after years of separation. While Ledisi doesn’t mention her father or his link to Richmond, the night includes a musical nod to Moon when the bass player plays a part of “Seven Minutes of Funk,” a song recorded by the Richmond band Whole Darn Family that was also produced by Moon during his solo turn.

Ledisi isn't afraid to share the stage. She gives her backup singers, two voluptuous young ladies (Sara Williams and Danetra Moore) the task of singing while she changes clothes. They also find a man from the audience for the headliner to sing to. Ledisi teases and toys with the eager gentleman, then dismisses him after a few verses of “So Into You.”

Ledisi, also the author of a book of motivational thoughts, intersperses messages of encouragement and assurance between her songs about love. “It's church in a juke joint!” she says at one point, earning a round of laughter from the crowd. She reminds the audience that she doesn’t have to share her positive thoughts, but she chooses to: “I could just sing and be cute. Because I can sing and I'm cute.”

Only Ledisi could do a duet with herself. She mimics the voice of R&B singer Jaheim while impersonating her own voice and also offering a running commentary on her absurdly wonderful performance. The band segues from that song into “Coffee,” with a few bars of Bernard Wright's “Haboglabotribin,” the funkiest transition since George Clinton ditched his rainbow nightgowns for three piece suits.

After finally introducing her band, Ledisi clears the stage and says she'll be closing the show a little differently tonight. Her musical director and keyboardist Anthony Walker returns and they end things with a moving take on “What A Wonderful World.”

If any of Eric Benét's fans were upset by the recent controversy over his song “Redbone Girl,” a paean to African American women with light skin, they must’ve stayed at home. Because the women in the audience last night at CenterStage are willing to forgive -- and probably do a few other things -- after the singer finishes his powerful set. The seasoned singer calls for all of the sexy women to stand and offers a invitation to a select few: “If you're really sexy, come on up here!”

The former husband of Halle Berry closes with his first single, “Georgy Porgy,” and tosses a shirt into the audience, leaving many of the females in the room wanting a little more.