After a life of hardship, singer Charles Bradley takes it to the limit. 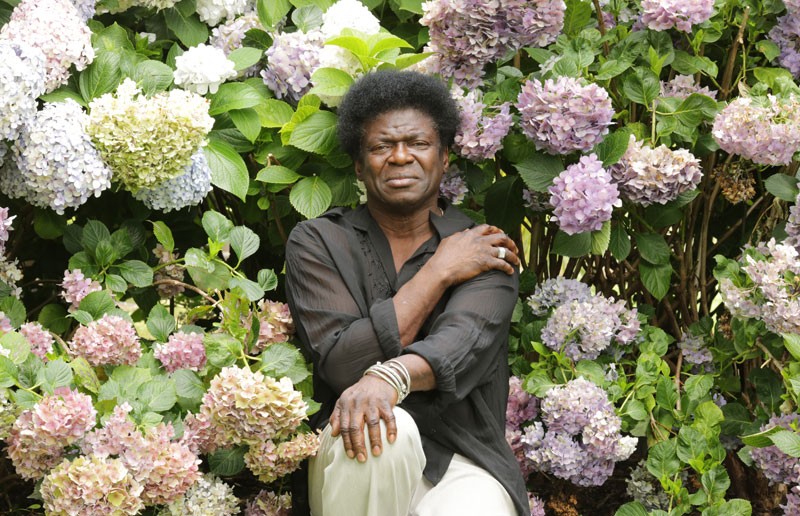 They call him the Screaming Eagle of Soul.

When newcomer Charles Bradley sings you feel it deep down, similar to the gritty soulfulness of the legendary Otis Redding, if more torn and frayed around the edges.

Bradley, alongside Sharon Jones, is a showcase talent for the Daptone Records label in Brooklyn, which specializes in traditional soul and funk with a premium on authenticity. He released his debut album only two years ago, but already the singer has become an in-demand performer around the world.

Oh, and he's just getting started at age 64.

It wasn't too long ago that Bradley only had a cranky old parrot to keep him company. Now there are thousands of adoring fans and he has become a "victim of love," as he likes to say, in the best sense possible.

"I've been through all the hardships, trials and tribulations," Bradley says with a raspy voice after a recent sound check in Montreal, Canada. "But I didn't reach out from anger or animosity. I reached out from my heart with love."

Even if you don't know Bradley's hardscrabble life story, you might suspect from the anguished cries and almost primal screams that punctuate his music that he has lived the heartache in his songs in a way few singers have. And you'd be right.

Bradley's story of grinding poverty was told in a recent documentary, "Charles Bradley: Soul of America," which screened around the international festival circuit. Born in Florida, Bradley was raised by a single mother in Brooklyn and never met his father. He ran away at age 14 and began sleeping on subway trains, where police would roust him every few hours and he would switch trains to nab a few more hours of sleep.

The homeless teen eventually received training from the Job Corps to become a chef and wound up settling in California in the '70s, a period not covered in the film and one which he doesn't like to discuss ("Maybe some day," he tells me, "but it still makes me angry"). Always struggling financially, he returned home to New York, worked as a handyman and nearly died in a hospital after an allergic reaction to penicillin.

At night, he worked as a James Brown impersonator known as Black Velvet at small clubs in New York. "They put me onstage, made money off me because I loved to dance," he says. When things got too dangerous in the housing projects, he would sleep in the empty basement of his mother's apartment.

"In '94 we started coming together, talking out our differences. I said, 'Mama, if I did anything wrong in my childhood days, please forgive me because all I wanna do now is mend it,'" Bradley says. "I don't want you to leave this world and I have something in my heart that I didn't say to you."

Bradley's brother was murdered in a robbery a few doors away from his mother's apartment, and the singer arrived on the scene with the police and was traumatized. One day, after trying to hitchhike to work and being roughed up by police, he found himself nearing rock bottom — a grown man weeping in a pizza joint.

"I was in deep darkness and depression and I couldn't get things together. The world was beating me down. Somebody came in, put a quarter in the jukebox and played 'Take It to the Limit One More Time,'" he recalls. "That song by the Eagles really helped me — it saved my life. I wanna do that song in my own soulful way now. Country and western got the best lyrics. They always got a good story."

Bradley's fortune changed after a friend in a gospel group told him about Gabriel Roth, a musician and the man behind the Daptone label. Roth saw the potential in Bradley's raw, heartfelt vocals and introduced him to young guitarist, Tom Brenneck, who helped arrange and record his debut album, a critical and popular success.

The introspective follow-up, "Victim of Love," was released in April and showed no drop-off, generating more good reviews even as it ventured into slightly different stylistic territory, including a psychedelic Temptations-style rock number among the soul and R&B cuts. Brenneck still writes the music while Bradley comes up with lyrics in a spontaneous manner he describes as "digging deep inside my spirit, and when I hear something I like, it triggers the lyrics. Tom writes them down before I forget."

Onstage he is a dynamic performer, wincing through streams of sweat, occasionally dropping to his knees in a dramatic pose reminiscent of the legendary Godfather of Soul. But what may connect most with fans is the overwhelming gratitude he seems to radiate since finding success. You see it in his beaming smiles and when he embraces his audience with hugs or repeatedly shouts "I love you!"

At the time of this interview, Bradley was about to perform his own show at the legendary Apollo Theater, the venue where his sister first took him to see James Brown in 1962. "He had that purple light on him and they hit the strobe lights when he got onstage dancing," he says, reveling in the memory. "I was so mesmerized and said 'I wanna do something like this.' I've always loved him, he's my idol."

Now Bradley has 33 friends to put on the guest list at his own Apollo gig, he says. "They come from very poor backgrounds, where I came from," he says.

Bradley has been able to move out of the projects recently, thanks to his growing popularity and larger international festivals he has been playing. "The people that love me out there, they give me hope," he says. "Make me wanna keep on going and made me believe that one day, I can live like a human being."

Today he is living in the refurbished basement of his 89-year-old mother's home in a nicer area of Brooklyn. He has learned to read and write with the help of a tutor, and now pays the bills and fully takes care of his mother — as well as Nicky, his longtime pet parrot from San Francisco. "I've had that parrot 22 years now. You got to see him for yourself, he do a little dance in his cage to the music."

It's been a whirlwind, but Bradley says he is most thankful for the moments onstage when he can "set [his] soul free," even if that means singing a song that hurts, like the one he wrote about his brother's murder ("Heartaches and Pain"). But whenever he might get down, which is much less these days, he remembers what his grandmother once told him.

"She reached out, picked up a piece of charcoal and said 'You know what this is?' — I say 'they use it to burn fire?' She says 'no,'" he recalls. "She says you put this piece of charcoal under pressure for so many years, it will turn that coal to a precious diamond. Anytime the world bother you, get on your mind, and on your heart, just remember that pressure from the coal, remember that diamond. The way she said it to me — with love in her heart and dignity — I'll never forget it. It's really helped me through life." S

Charles Bradley and His Extraordinaires perform at Friday Cheers at Brown's Island on June 7 with the local Rootdowns. Show starts at 6:30 p.m. Tickets are $10.