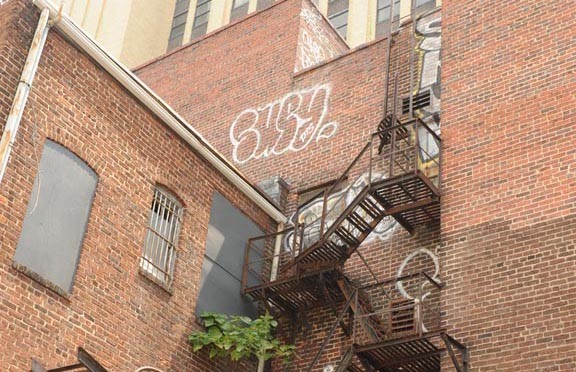 Richmond police have placed 11 hidden cameras around the city as part of a secret surveillance program intended to catch graffiti taggers, illegal dumpers and other miscreants.

Each solar-powered camera snaps a series of still photos when it detects motion in an area known for illegal activity. Police then review the photos and, if they have enough information, identify and charge suspects.

“It’s hard for you to say, ‘It was not me,’ when I have a picture of you or a video of you,” says Maj. Sydney G. Collier, chief of staff for the Richmond Police Department. Since quietly launching the camera program in April, he says, police have used the cameras to make three arrests: two for illegal dumping and one for indecent exposure in a prostitution-related incident.

These environmental crimes “are crimes that are hard for us to catch right away,” Collier says. When people call to report them, the perpetrators are usually gone by the time police arrive. Hence the cameras, which are part of Mayor Dwight Jones’ Mayor’s Participation and Action Communication Team city fix-up program.

It’s perfectly legal to take someone’s picture in a public place, says Kent Willis, executive director of the Virginia chapter of the American Civil Liberties Union. The problem is not telling anyone you’re doing it, he says: “Any use of cameras in public places ought to be subjected to public discussion.”

Also, Willis says, installing such cameras has been shown to just move crime from one place to another. “The awful answer to that,” he says, “is to put a camera everywhere.”

Each FlashCam digital camera is a nondescript, gray metal box capped with a small solar panel. Its manufacturer, Q-Star Technology, recommends installing them 18-20 feet above the ground. It takes 12-megapixel photos, clear enough to identify people and capture a license plate number more than 250 feet away in total darkness, Q-Star’s website says.

The cameras can be monitored remotely or left on autopilot. They also can broadcast a loud message to warn potential vandals that they’ve been photographed. Where, exactly, are the cameras? Collier won’t say. “They’re … uh, discreet,” he says.