Our leaders’ unwillingness to speak out publicly on behalf of Richmond creatives says volumes. 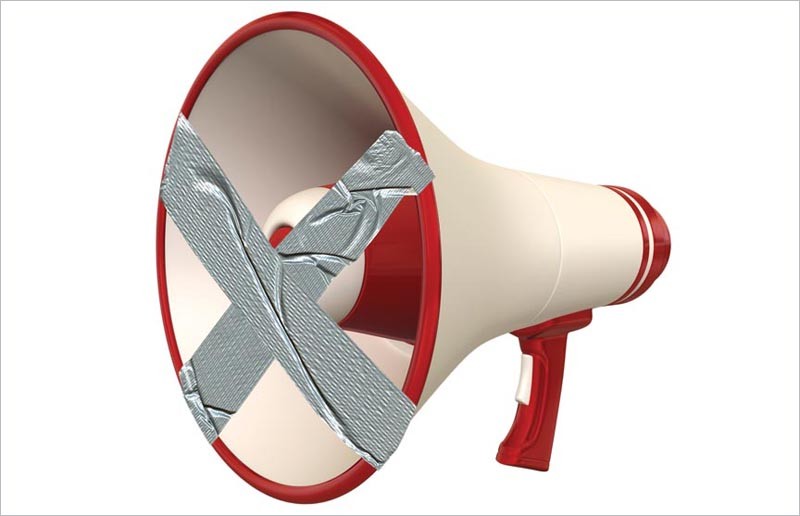 Let’s take a quiz. Here’s how one midsized American city begins its online marketing campaign, under the headline, “Dreamers Welcome.” …

“Here, in the soft dappled sunshine of [NAME CITY HERE], imaginations simmer, ideas take flight and dreams are nurtured to fruition as lives are shaped and lifelong hopes are realized.”

Can you name this soft-dappled, sunshine-y city?

Welcome to the work of Atlas Advertising, a marketing company based in Denver, that was recently awarded the contract to help sell Richmond as a place to do business, a fact that isn’t sitting well with many in Richmond’s own creative community, particularly those in the advertising and marketing fields who don’t feel as if their dreams are being successfully nurtured to fruition.

Like Dave Saunders, of Madison and Main, who’s been talking to local media about how his company and others were bypassed in the city’s selection process. Saunders posed this question to WTVR Channel 6, and it’s a good one: “If you’re going to hire a firm to brand Richmond, and Richmond’s known for having some of the best creative firms in the world, why would you go 2,000 miles away?”

Others agree. On Twitter, artist Noah Scalin (@NoahScalin) quips, “You’re Very Richmond If … you hire a company in Colorado to rebrand your city.” Science teacher Jason Sterlace (@Sterlace) suggests that River City’s new branding slogan should be, “Richmond is a terrific city to do business … unless you prefer to work with Denver.”

The frustration is understandable. In June, Mayor Dwight Jones sat among area business leaders and was treated to an all-day chamber of commerce-approved event called I.E., during which representatives of Richmond’s creative class were celebrated; he was told about indigenous writers and artists, designers and architects, tech developers and, yes, advertising and marketing folks.

But this apparently didn’t make much of an impression on the mayor, who totally forgot to mention this amazing homegrown energy to his staff people, specifically Peter Chapman, who oversees the city’s Economic and Community Development Department.

Chapman is best-known for concocting a plan to turn virtually the entire city into an arts district, effectively nullifying the benefits of creating such a thing. He is also notorious for disregarding the input of actual artists and galleries in crafting that proposal.

Worst of all: Before Richmond, Mr. Chapman happened to work in …

Until we know more about how Atlas was selected, we really won’t know if this is all an innocent oversight or yet another example of favoritism and malfeasance to add to a long list of how City Hall does its business (while in Denver, mayoral adviser Chapman was accused of similar conflict of interest violations). At the very least, you’d think that a city’s economic development department would understand the importance of buying local, or comprehend why a Richmond company might have a measurable creative advantage in marketing what’s in its own backyard.

Either way, anger reigns. And now Saunders, and other area marketing people, can stand alongside entertainment professionals and other area creatives who have run afoul of City Hall’s vision. Like local nightclub owners, recently compelled to obtain special permits to allow dancing while the city kept dragging its feet in releasing the requisite paperwork to comply with the law.

They also can join local musicians and fans who watched Richmond declare war on its music scene through a ridiculous noise ordinance that was so egregious as to be judged unconstitutional.

The agencies can stand with the organizers of First Fridays. The only time that this successful downtown event gets city attention is when neighborhood kids get out of line. Meanwhile, bigwig-driven downtown entities such as CenterStage and the Hippodrome are given carte blanche and handed wads of unsupervised tax dollars.

All of that is just Richmond being Richmond, right?

The relative silence of business leaders is the loudest noise in the room. If the city’s future really depends on cultivating area innovators and imagination merchants — and that’s the stance taken by such ongoing initiatives as I.E. and RVACreates — the unwillingness to stand up and speak publicly on behalf of area creatives says volumes. After all, local business leaders had no problem publicly endorsing a city meals tax increase to support a downtown arts center, or weighing in on a resident-driven downtown master plan that was eventually watered down into nothingness.

As for the answer to the quiz, did you guess that the branded city was Lexington, Ky. — the home of bluegrass, horse racing and the tea party?

Probably not. Atlas of Denver indeed may have been awarded the Richmond contract because it made the best proposal. But you’d be hard-pressed to understand why since their previous, admittedly handsome work tends to make all of their client cities — from San Francisco to Omaha — look and sound exactly the same.

But this episode also reveals the limits of our own in-house branding too — namely the timidity of those in charge of marketing Richmond’s creativity. While some are showing courage in speaking out, local marketer Andy Stefanovich, a prime mover of the chamber’s I.E. project, tells the Richmond Times-Dispatch that people shouldn’t be too upset. He recommends that Atlas come to town to teach our local marketing agencies how they do things in the big city.

Which begs the question: Is Richmond really a “hotbed of creativity” (Stefanovich’s term) or is it a small town filled with unwelcome dreamers who need to be schooled in how the Big Boys work? Which is it?

No, the real branding has been done here. The city’s woeful marketing decision reveals, more than a dozen creativity conferences ever could, how leaders really view the area’s creative class. In the end, hopes won’t be realized, dreams won’t be nurtured and, because this is Richmond, our best and brightest will be waiting an awful long time for that soft dappled sunshine. S