The recent shake-up in Richmond's theater scene results in a provocative season. 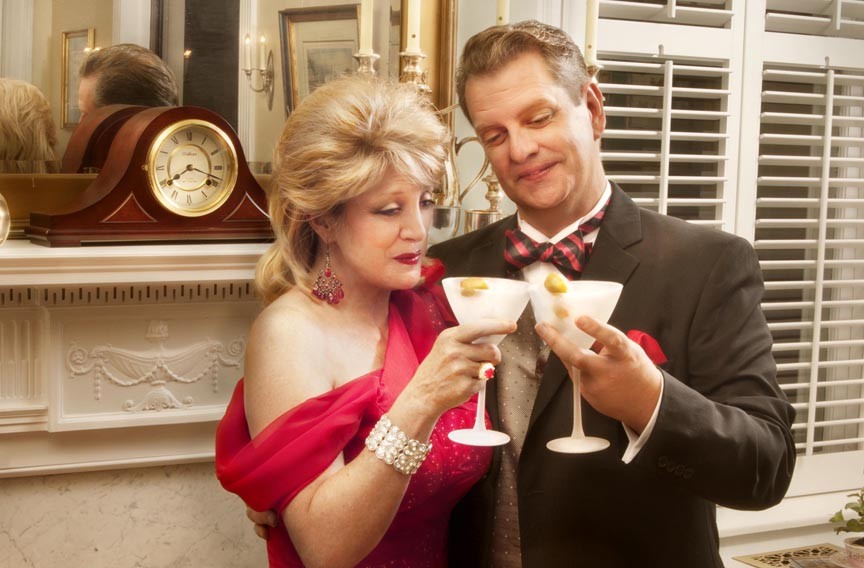 As Richmond's professional theater companies kick off their 2012-'13 seasons, patrons are looking over a dramatically different landscape from a year ago.

This will be the first full year of programming from the Virginia Repertory juggernaut, a new umbrella organization that includes the artistically insurgent Cadence Theatre Company. And several companies face uncertain futures. Petersburg's Sycamore Rouge is getting a new venue, and the African-American Repertory Theatre has a slate but no dates. Other companies are celebrating major milestones (20 years for the Richmond Triangle Players, five for Henley Street).

The result is an ambitious season that includes a musical about bipolar disorder, a play by a native Richmonder that takes place during the civil rights movement, a gay-marriage comedy and a story about an evangelist waiting for the rapture at the Hobby Lobby. Cautious, it isn't. 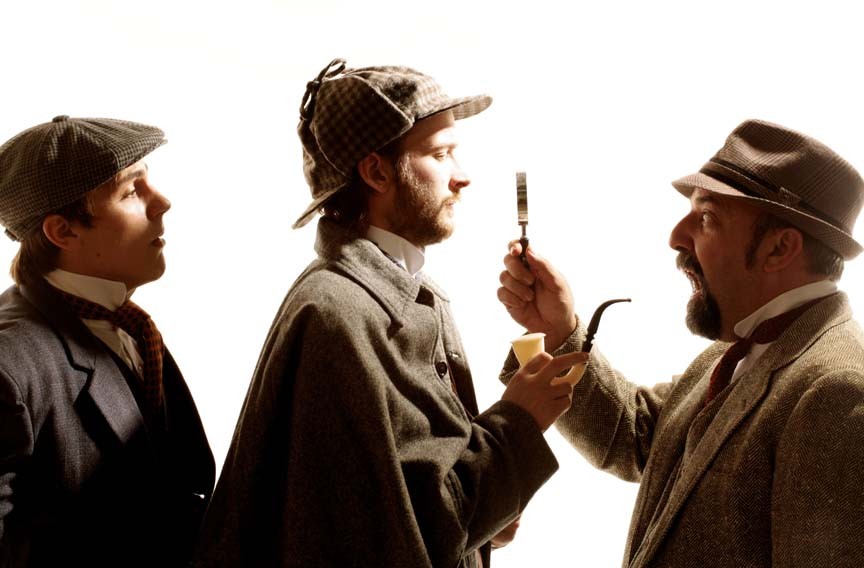 Performances at: The November Theatre and Theatre Gym at Virginia Rep Center, Children's Theatre of Virginia at Willow Lawn and the Barksdale season at Hanover Tavern.

Summary: After renaming its Empire Theatre after philanthropists Sara Belle and Neil November, unveiling a shiny new marquee on Broad Street, working with Cadence Theatre Company and officially merging companies Barksdale and Theatre IV, the newly christened Virginia Rep has had quite a year. With 15 full productions lined up for this season, this theater giant is working to build a national reputation.

Last season revealed a company reaching out to younger patrons, staging edgy works such as "Spring Awakening" and "Dirty Rotten Scoundrels." It also saw the lackluster world premieres of "Scorched Earth" and "Blue Ridge Mountain Christmas." Will this season's world premiere, "A Lug Nuts Christmas," and the second-ever production of "Night Blooms" suffer the same fate?

Up next: A spoof of the classic Sherlock Holmes story "The Hound of the Baskervilles" plays at Hanover Tavern through Nov. 4. "Night Blooms," a play by Richmonder Margaret Baldwin that takes place during Martin Luther King Jr.'s Selma-to-Montgomery march, opens Sept. 28 and runs through Oct. 21.

Up next: "The Pillowman," a dark comedy about a writer whose grisly tales start coming true, opens Oct. 19 and runs through Nov. 10.

Look out for: Pulitzer Prize winner "Next to Normal," a rock musical dealing with bipolar disorder, which opens April 25. 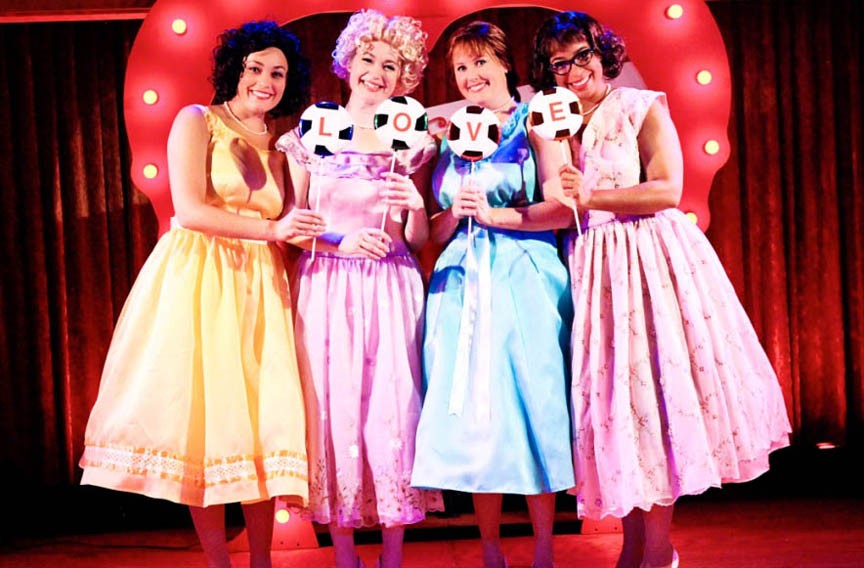 Summary: Swift Creek mines the same vein of tunes and Anglophilia as it did last season. Lineup includes musicals with early rock ballads, honky-tonk and Irving Berlin numbers, as well as a Neil Simon comedy and a British farce.

Summary: While this company may not get a lot of critical love, the company enjoys a group of enthusiastic fans in its North Side neighborhood. This season it focuses on a number of crowd-pleasing comedies and an Agatha Christie mystery.

Look out for: "Play On," a meta-comedy about an amateur theater company staging a play that takes on a life of its own, opens May 17.

Performances at: To be determined.

Summary: Since founding artistic director Derome Scott Smith departed in January, this company has staged no new work. With a partnership to co-produce "The Piano Lesson" with Sycamore Rouge still up in the air, will this company return to continue August Wilson's century cycle?

Next up: Athol Fugard's apartheid-era "My Children! My Africa!" with locations and show times undetermined.

Performances at: The company's own theater at 1300 Altamont Ave.

Summary: Richmond's theater company for the sexual minority community has become known for a lively mix of raucous comedies, provocative dramas and musical productions. For more on the Triangle Players, see page 34.

Up next: "Regrets Only," a comedy of manners and gay marriage, opens Sept. 19 and runs through Oct. 13.

Look out for: "Before It Hits Home," a drama about a black bisexual jazz musician in the early years of the AIDS epidemic, opens Jan. 16.

Summary: Renowned for its eclectic fare — as varied as historical musicals and irreverent modern satire — the Firehouse enjoyed consistently sold-out houses and three extended productions last year. The company zeroes in on family drama with a season it's calling Tales From the American Inferno, anchored by the American classic "Death of a Salesman" (opening Nov. 15).

Up next: "A Bright New Boise," the tale of a disgraced evangelist, opens Sept. 20 and runs through Oct. 13.

Look out for: A couple deals with scars from the Iraq war in "Time Stands Still," opening in March.

Performances at: The Gottwald Playhouse at CenterStage or the black box at the School for the Performing Arts in the Richmond Community.

Summary: Henley Street is not only growing up — celebrating its fifth year and doubling its staff from two to four — but also gaining a reputation as the go-to company for productions geared toward grown-ups. Consider its holiday show: Instead of kiddie-friendly fare, the company will kick off its residency at the Gottwald with "The Search for Signs of Intelligent Life in the Universe."

Up next: The annual irreverence of Bootleg Shakespeare offers an unpredictable one-night take on "Hamlet" (Oct. 27).

Performances at: Agecroft Hall (summer), the auditorium at St. Catherine's School (other seasons).

Summary: Richmond's Bard-centric company focused on stabilization after its founding artistic director left in 2011. Interim Artistic Director Jan Powell directed a thrilling, muscular production of "Macbeth" in February, and the new arrangement with St. Catherine's is one of several bold steps taken under her leadership. This year she'll introduce family matinees, abridged productions that will make Shakespeare more accessible for all ages.

Up next: Rarely produced "King John" (Sept. 20 -Oct. 14) is the perfect show for a backstabbing, nail-biting election season.

Look out for: "A Child's Christmas in Wales" (Nov. 29-Dec. 23), by Dylan Thomas, is a refreshingly different holiday offering.

See its shows at: A brand new venue in Old Towne.

Summary: Petersburg's only professional theater company lost a big foundation patron last spring, forcing it to abandon its current home. But the crisis brought supporters out of the woodwork: A fervent capital campaign has provided the funds needed to keep the Rouge in business and, while a planned fall production was postponed, the company will move into a new venue in time for its holiday show.

Next up: "Our Town" in December.

Look out for: "Before It Hits Home," a co-production with Richmond Triangle Players in February.