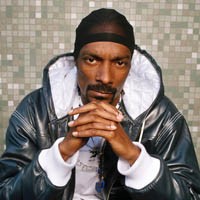 It's difficult putting forth an informed opinion on Snoop Dogg, much to the famed rapper's undoubted amusement. Since his debut alongside Dr. Dre in the 1992 album “The Chronic,” the drawling lyricist has spent more than a decade blurring the lines of his criminally-infused gangsta lifestyle (featuring a healthy share of arrests and at one point even working as an actual pimp) with an almost family friendly status in pop culture, making appearances in both television shows and movies (who else could you have imagined playing Huggy Bear in the 2004 film adaptation of “Starsky & Hutch”?). With an almost constant presence on the Billboard charts — some of his most recent entries including “Buttons” with the Pussycat Dolls and “Drop it Like It's Hot” with Pharrell Williams — the Doggfather invites you to bring your green hat and taste for gin and juice when he plays the National with K Naan on Monday, May, 11 at 7 p.m. $32-$35. Call 612-1900 or visit www.thenationalva.com. — Mike Hilleary