With no incentive to change, Virginia continues to be a major polluter. 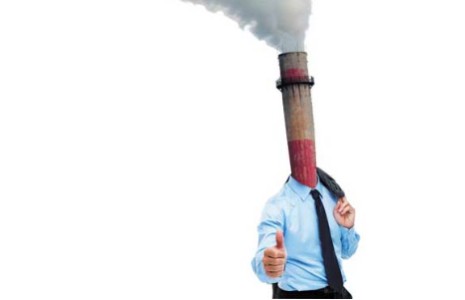 On frosty mornings, Virginia’s single largest contribution to global warming can be seen belting out dense steam clouds from its three smokestacks near Interstate 95’s interchange with Route 288. The 1,600-megawatt Chesterfield Power Station provides owner Dominion Virginia Power with enough electricity for four million customers and represents 12 percent of all of the Richmond-based utility’s power generation.

That’s not all. Dominion’s Clover Power Station and the Chesapeake Energy Center hold the No. 2 and No. 3 slots on the EPA list. All three produce 14 million tons of the 44.6 million tons of carbon dioxide tallied on EPA’s survey. In all, Dominion was responsible for 20 million tons, or 46 percent, of the state’s total greenhouse gas emissions.

For Virginia-based environmentalists, the Chesterfield plant and its sisters are powerful examples of what needs to change as they prepare for a Feb. 17 rally in Washington to push President Barack Obama to take a harder stand on global warming.

“Every year that Dominion delays moving away from fossil fuels and to wind, solar and energy efficiency raises the costs to all of us,” says Glen Besa, head of the Virginia Chapter of the Sierra Club.

Dominion spokesman Dan Genest says that his company has almost 700 megawatts of renewable, nonfossil fuel sources in its portfolio, including biomass, hydroelectric and wind. As for its Chesterfield plant, Genest notes that it is “one of the cleanest coal facilities” in the country. Dominion has invested $1 billion since 2000 to reduce sulfur dioxide, nitrogen oxides and particulate pollutants, he says. Carbon dioxide, however, isn’t on the list.

It soon could be. Forgive the pun, but after several years of simmering — the bad economy made it politically toxic — the campaign against global warming is again gathering steam. During last year’s election, Republican candidates tried to paint carbon-cutting rules as damaging conspiracies to kill jobs and the coal industry, the largest single source for electricity generation in the nation.

A contributing factor was the unexpected flood of cheap and less polluting natural gas, some of it produced through controversial hydraulic fracking, drilling methods. Gas gives off half the carbon of coal, produces far fewer occupational fatalities and is far less destructive than coal’s mountaintop-removal surface mining.

Obama’s big win in November left the deep-pocketed coal lobby licking its wounds. The big questions now: Is Obama free to take big steps towards stemming greenhouse gases? Or, will the glut of cheap natural gas actually slow the advance of renewable energy such as solar, wind and thermal, which are more expensive to produce?

Some believe the timing is right for utilities to start setting rules to reduce carbon dioxide. So far, Obama has proposed carbon-reducing regulations on new power stations that aren’t in operation yet, but hasn’t really addressed existing power plants that are the biggest polluters. The state of California has introduced a cap-and-trade system to control carbon but efforts to set up a similar national system have fizzled.

Utilities might want to join the rule-setting process now so they will have more say in what evolves, some environmentalists say. “Dominion has a tendency to anticipate what the EPA would do and did it,” Besa says. Another big coal-burning power firm, Charlotte’s Duke Energy, “would sue” when confronting changes by the EPA, Besa says.

Manik Roy, vice president for strategic outreach at the Arlington-based Center for Climate and Energy Solutions, says that if any progress comes, it will have come from EPA regulations since “we are not expecting Congress to be very active on this issue.”

Another unaddressed problem: There is no federal plan and states have set a mish-mash of mandatory and voluntary guidelines about what the goals should be as far as renewable power generation. The rules come under what is called the Renewable Portfolio Standard, but they vary widely.

In some states, utilities are required to achieve a certain percentage of renewable energy sources. Virginia is one of the few states where the renewable energy goals are voluntary. The lack of results are predictable.

“Virginia is one of only nine states where there is no utility-based wind or solar,” says Dawone Robinson, Virginia policy coordinator of the Chesapeake Climate Action Network. Maryland and North Carolina have mandatory goals, leaving Dominion in the peculiar position of having voluntary renewable goals in Virginia but facing mandatory ones in northeastern North Carolina where it also provides power.

The complex system can lead to abuses, some say. Attorney General Kenneth Cuccinelli, who is running for governor, issued a scathing report last November charging that Appalachian Power received $15 million and Dominion $76 million in incentives charged against ratepayers for supposedly using renewable energy sources. In one case, Cuccinelli said, these involved counting an 80-year-old dam that produced hydroelectric power as a renewable.

The green community praised Cuccinelli, then damned him when he announced a deal with the two utilities to do away with the incentives. Cuccinelli’s office says the goals to promote renewable energy sources remain in place. But the system remains voluntary, which some say makes no sense.

“If you repeal incentives in a voluntary program,” Robinson points out, “why would utilities participate?”