While scandals and secrecy become headlines at VCU, uncertainty hovers over the fallout -- and President Eugene Trani

by Amy Biegelsen and Chris Dovi 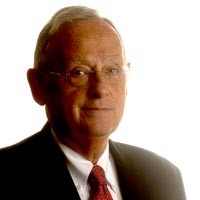 For years, those headlines focused on his bold initiative on projects that have changed the face of Broad Street and broadened the university's campus horizon to the other side of the world with its campus in Qatar.

But focus has shifted squarely onto twin scandals that rock Trani's West Franklin Street office. Under the glare of increased media scrutiny, observers know the reach of Trani's real estate portfolio and -- after emergency quintuple bypass surgery two weeks ago -- the literal contents of his heart. But the VCU community says there's much it still doesn't know about university operations. The pervasive atmosphere of secrecy, they say, has been the real scandal.

On May 22, The New York Times reported details of a secret research agreement between the university and Philip Morris that drew fire from faculty both within the university and from outside academia about transparency and ethics. That same day, VCU announced it was investigating a charge that university officials had bent their own rules to improperly grant a degree. The recipient turned out to be former Richmond Police Chief Rodney Monroe.

A source close to both incidents says that while the scandals have taken center stage, they've overshadowed tensions that already existed on a board where some members believe too much deference has been paid to Trani for too long.

At a July 16 community forum held on the university's medical campus to air faculty grievances over the Philip Morris deal, Francis L. Macrina, the school's vice president for research who also is leading a faculty task force examining the matter, said making such a deal in secret would not happen again. He stopped short of saying such an arrangement wouldn't happen again, and faculty comments revealed a deep division over scruples of the agreement.

More striking than that division was the apparent shared fear of stepping forward to air those differences. Television cameras were banned from the event in an effort to make speakers more comfortable. Taking her turn to speak, Carol L. Hampton looked less like an associate dean in the university's school of medicine and more a prisoner uncertain of whether she was marching to freedom or the gallows.

Wringing her hands, she joked about early retirement before getting to the heart of her concerns: University administrators need to be as transparent as its professors to maintain the integrity of the university. Her colleagues rewarded her bravery with nervous, giddy laughter.

Another speaker told the panel that some faculty members "are meeting in dark alleys" to talk about their concerns. Her claim was echoed by another woman who repeatedly approached the microphone to read from a laundry list of questions and comments from faculty members who, she said, are afraid to risk taking a public stand.

An internal investigation into Monroe's degree also raised questions even as it sought to provide answers.

Monroe received his degree after earning just six credits at the school (the majority of his credits came from the online University of Phoenix). Monroe ultimately was allowed to keep the degree, but the Board of Visitors will look into broadening its ability to revoke such awards. The board's ongoing debate suggests disagreement over whether the former chief should have remained a VCU alumnus.

As a personnel matter, the university declines to confirm whether the subsequent resignation from administrative duties of four of the school's top brass was a direct result of the investigation. Robert Holsworth, dean of the College of Humanities and Sciences, has said he was stepping down to protest how the probe was handled. Another top-level resignation announced alongside Holsworth's, that of Peter Kirkpatrick of the university's Office of International Education, appears to be a coincidence.

In a letter leaked to news media, Holsworth claimed investigators threatened Public Safety Institute director Robyn Lacks, suggesting that her upcoming tenure hearing could be adversely affected if she failed to cooperate. Sources close to the incident counter that Holsworth's departure is less out of righteous indignation than because of pressure from above.

The Board of Visitors, to whom Trani answers, plans to discuss the investigation's methods at its August meeting and the degree continues to face scrutiny from the outside. The Commission on Colleges of the Southern Association of Colleges and Schools, a regional accrediting body, asked that the school send a report on the incident by the beginning of September with a follow-up at the end of the year, says Thomas G. Rosenthal, rector of the Board of Visitors.

Whether the board will have time to reach any substantial conclusions also remains an open question: As of press time, Gov. Timothy Kaine had not announced what would become of the four members of the Board of Visitors who are up for reappointment. Armchair analysts are watching Kaine's choices closely for a rebuke of Trani, or perhaps a sign of Kaine's sowing of the seeds of his own ambitions at VCU when his term ends in January 2010 -- six months before Trani is scheduled to retire.

Though he has publicly defended the university's decision to let Monroe's degree stand, as of press time Trani had yet to send a faculty-wide e-mail explaining the decisions, leaving them to read about it in press accounts.

The themes of secrecy and mistrust will no doubt linger, but some recommended reading may soon help illuminate the issues.

Trani is working on two books scheduled for publication in 2009. The Cold War scholar will add to his bibliography with "Distorted Mirrors: American Images of Russia and China, 1891-1991." He's also been working on a book with Holsworth, the Humanities and Sciences dean who just stepped down. They're calling it "Higher Education, The Knowledge Economy and Economic Development." S

Style Weekly is owned by The Virginian-Pilot Media Companies. The company  president and publisher, Maurice A. Jones, sits on the VCU Board of Visitors.