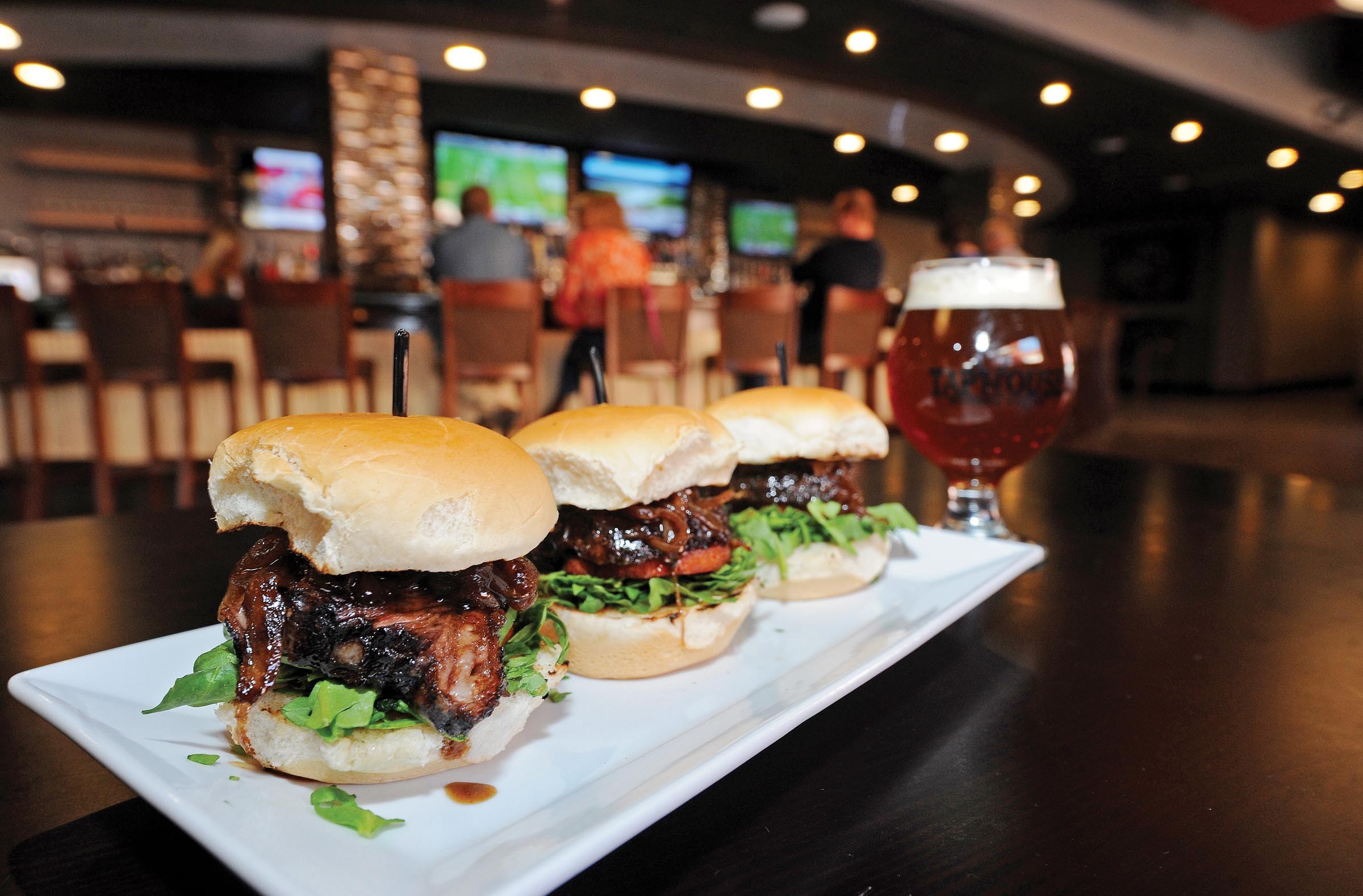 There are many elements that factor into the creation of a successful restaurant. In a town like Richmond where there's never a shortage of new places to eat, the stakes keep getting higher. If a restaurant can't identify and service its customer base, someone else will. For some restaurants, food alone is enough of a draw. Others insist on a perfect marriage of food and service. But how many diners will put up with mediocre food solely because the service is good?

The young staff is so large at Southern Railway Taphouse that you'll often be greeted by two hostesses at the front door. The long space near the Canal Turning Basin and across from La Différence has been handsomely renovated with two bars, front and back patios — the latter with garage-door windows opening onto it — and enough big screens to satisfy any frat boy. Music is just as clichéd, with classic rock and the occasional bartender breaking into song for Bon Jovi's "Living on a Prayer." Created by the owners of Off the Hookah, the Taphouse was intended to be an after-work hangout as opposed to the nightclub feel of the sibling. A large sign at the door spells out the rules of attire, including no sunglasses at night.

The focus is lots of local, craft and seasonal beers on an ever-changing list. Wine offerings are adequate, with half a dozen whites and eight reds, four each by the glass. On all three visits, servers appear quickly with a thick beer menu. But it's out of date. A paper insert lists what's available, so why bring the other? When one member of our group asks to taste a beer before ordering, he's told, "We don't really do tastes," but eventually he gets one. At the back of the beer menu is a page for cocktails, which says, "Coming soon." Judging by the fully stocked bar, this seems lazy.

The menu is large and targets a drinking crowd. Yuengling-battered fried shrimp ($9) taste straight from a freezer bag. But the mini chipotle pork shanks ($9) are meaty with deep, smoky flavor. Taphouse cheese dip ($8) is absent any of the advertised sweet corn or black beans and tastes like reconstituted Cheez Whiz. We can't get past the first two bites and wonder how you can mess up melted cheeses. Meatballs stuffed with Parmesan, provolone and mozzarella ($7) are nicely crispy with a panko crust, but with only two to the plate they're a bit pricey. Short rib sliders ($9) with fried sweet potato, spinach and caramelized onion are a triumph of complementary flavors, but could be improved with a more distinguished bun.

Fried-goat-cheese salad ($11), a mound of tasty baby arugula with anemic-looking tomato slices, has what looks and tastes like processed goat-cheese tenders. Tequila fish tacos ($15) feature caramelized fried onions and a mound of pepper-jack cheese, neither of which do anything for the tilapia. Ordering a chicken breast panino ($10) brings not the fried breast promised, but bland bits of grilled chicken with goat cheese and tomatoes. When we order Italian flat bread ($12) we ask for no olives and are told that's impossible because they're made ahead of time. The unqualified hit is the lamb burger ($12), with feta, grilled onions and tzatziki sauce, and cooked to medium-rare as requested.

Somehow the triple cheese macaroni with Italian sausage ($15) — enormous and tasteless except for the crunch of the barely cooked onion and occasional sausage — doesn't taste cheesy. Seafood pasta shells ($18) are worse and just as large, although there are only four shrimp, trace slivers of lobster and no sign of lump crab.

On a busy Friday night, service shines with multiple food runners and a server who keeps our water glasses filled without asking. But on a low-key Saturday evening, empty dishes sit on our table well into the next course. Once pointed out, service improves dramatically. At brunch on the patio, we lose our server for long periods inside while wine and beer glasses sit empty and we're thirsty. On two occasions, getting the bill takes far too long.

If you work in the neighborhood and want a beer, this could be your place. And prices at happy hour, from 3-7, are especially appealing: Select apps are $5, craft drafts are $4, and domestics, well drinks and wine by the glass go for $3. For anything more, proceed with caution. And keep in mind the sunglasses rule. S