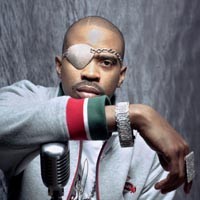 Before Lil' Wayne's potty-humor puns, another jokester with a one-of-a-kind voice held court, often without the help of so many four-letter words. If success is measured by how often other rappers sample your songs, Slick Rick is at the pinnacle. He's also at another pinnacle of sorts: After years of protracted legal battles, New  York Gov. David Paterson gave him a full pardon in May 2008 giving an end to a tale as labyrinthine as his own infamous rap, “Children's Story.” Celebrating the fact that '80s hip-hop was just as important as '80s pop, Slick Rick will appear with equally famous stars Naughty by Nature, Doug E. Fresh and others at the third annual “'80s Was the Greatest” concert at Brown's Island on Saturday, July 11, starting at 6 p.m. With proceeds benefiting National Nights Out, gates open at 4:30 p.m. 80swasthegreatest.com. — Laura Robertson