The inventor of body horror continues into melodrama with the organ-grinding “Crimes of the Future.” 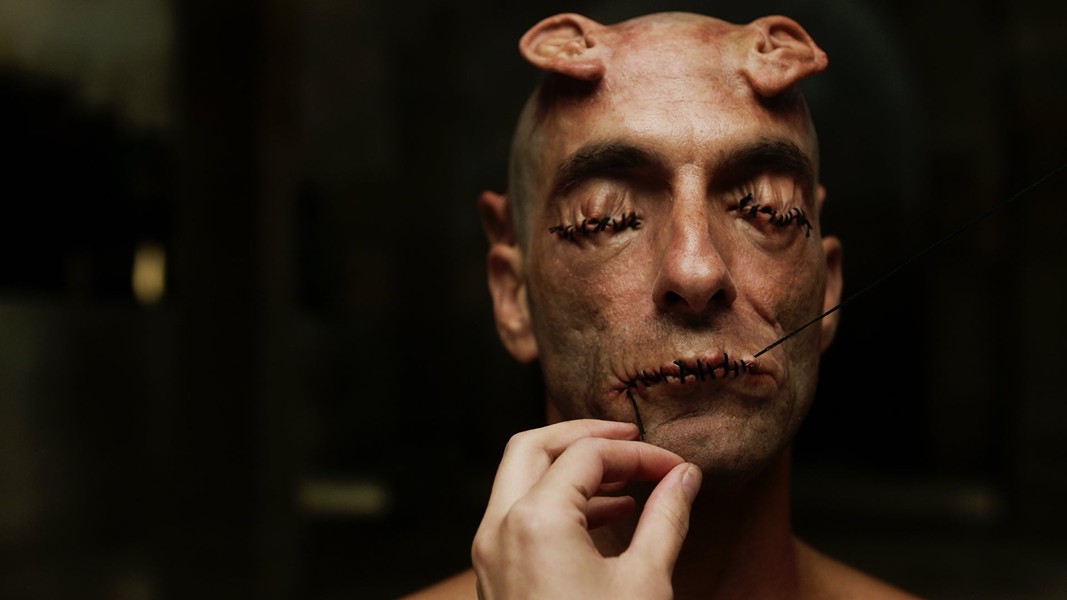 Canadian director David Cronenberg ("The Fly" and "The Brood") sets his new "Crimes of the Future" in a future where humans are growing new organs and pain no longer exists.

“Top Gun: Maverick,” the forthcoming “Jurassic Park” sequel, and the new season of “Stranger Things” aren’t the only productions peddling nostalgia to middle-aged audiences this summer. With “Crimes of the Future,” David Cronenberg throws his hat into the ring, asking us to remember a time of bladdery special effects, body horror anxiety, existentially freighted sex, and not-entirely-digestible future-shock metaphors. Cronenberg’s acolytes, and I am normally among them, will make a big fuss trying to figure out what “Crimes of the Future” is about, or to rationalize its myriad failings as satire, but make no mistake: It is predominantly about itself as well as Cronenberg’s other more formative horror films. A master plays his hits. Poorly.

The source of Cronenberg’s audacity normally relates to his fearless casualness with outré material. In “Crash,” a cult’s desire to fuse sex with vehicular suicide is staged with a chilly, empathetic logic that’s more unnerving than the sex and carnage. In Cronenberg’s best films, you sense him using wild analogies to poke at some grand ineffable neurosis coursing through society. He is what you might call a rational surrealist; where David Lynch goes off the intuitive deep end, Cronenberg plans his intended resonances meticulously. This sense of control backfires in “Crimes of the Future,” as this is the rare film in which Cronenberg is caught trying too hard. It is so willfully desperate to shock, with such a ridiculous concept as its foundation, that it often collapses into utter, utter absurdity. Try to describe “Crime of the Future” to someone unfamiliar with Cronenberg’s work and they will surely think you’re kidding.

Named after an unrelated 1970 Cronenberg film, “Crimes of the Future” is set in an age where some humans are beginning to grow new organs. Pain no longer exists, and so people cut each other up in the street as sport, while a new kind of performance art thrives: operations and mutilations as personal expression. Saul Tenser (Viggo Mortensen) is one of the preeminent artists in the field. He lays passively within a device that suggests a sarcophagus fashioned from bug larvae, which has various little arms and cutting utensils that are controlled by his lover, Caprice (Léa Seydoux), who removes superfluous organs to the cooing appreciation of the audience.

People in a debauched, privileged society cutting each other up so as to puncture their own numbness—that’s not even a metaphor, but a relatively straightforward representation of something that happens. Self-cutting and even America’s mass-murder epidemic could be said to sprout from a similar numbness, a form of alienation in no small way exacerbated by the endless proliferation of technology that is said to unite us … from a distance. Such associations connect “Crimes of the Future” intimately with the yearning for annihilation that drives “Crash,” which was taken from a J.G. Ballard novel. It often seems as if Cronenberg is aiming for a Ballard of his own here, but in the tradition of a true pain freak he can’t stop pushing. “Crash,” book and movie alike, utilized an outrageous presence to create an enveloping mood of eroticized sadness and dread, while “Crimes of the Future” keeps throwing gimmicks at you.

Ballard and Cronenberg were respectively able to encourage me to believe that a sexual attraction to car crashes succeeds as a social comment. The real-life sexualization of some cars, and many other yuppie objects that both obsess and imprison us, helps to sell the idea. In “Crimes of the Future,” Cronenberg isn’t able to convince me that a horny yearning for open surgery is anything other than a grindhouse come-on gussied up with his elegantly austere aesthetics. As someone who has been in the hospital this year, I actually find the idea appalling, and not in the hip art-house way that’s intended.

“Surgery is the new sex,” a line that is said for real in the film with a straight face, simply isn’t “All hail the new flesh.” Just isn’t. Partially because Cronenberg’s “Videodrome,” the source of that famous second quote, was executed with seamy vitality and inhabited by characters who occasionally looked and sounded like real people. A bit of verisimilitude can sell virtually any concept—even Lynch knows that. But “Crimes of the Future” is a hermetic bore, populated by ciphers who speak in incomprehensible gibberish that suggests a Skinamax movie as written by a med student looking to break into porn.

There’s no bottom to the rank, po-faced stupidity of what Cronenberg has these people say. A detective talks of the dangers of plastic-eating people wielding scalpels (long story), while Saul wonders if he can enter a beauty contest for “Best New Organ” if he intends to remove said organ in a show later. Caprice matter-of-factly proclaims that we’ve all wanted to see autopsies, as a prelude to cutting up the corpse of a young boy for a show, and on and on. In a more effective movie, that stuff with the young boy would be tasteless, but by then we’re the ones who’re numb.

Nothing here works. And at a certain point, after I’d entirely lost faith in “Crimes of the Future,” every detail struck me as either annoying or unintentionally hilarious. To help him eat, Saul sits in a device that looks like a dentist’s chair fashioned out of bones, with a penis-like protuberance flanking each side of his head. As this thing moans and groans and quakes, shifting Saul’s body so he can digest his food, the man tries in vain to eat his meal of what appears to be Neapolitan-flavored mush. To be fair, this running gag is probably supposed to be funny. I’m not sure the same claim can be made for Saul’s propensity for languishing about in Jedi robes, or feverishly punching the buttons of a remote control that resembles the cocoon pod from Cronenberg’s “The Fly.” Another device, a bed that suggests a giant split kidney with various tubes, is so hideous that it turns several women on, and they shed their clothes to jump in it. As one does.

I went along with Cronenberg’s analogue obsession in “eXistenZ,” which similarly proposes a preponderance of devices in the future that suggest, not the streamlined things we cherish, but a cross between insects and tumors. There’s something poignant about Cronenberg’s determination to paint the future according to his tangible schlock-horror whims, and his son Brandon has proven to have inherited that tendency, particularly in the often extraordinary “Possessor.” “eXistenZ” felt like warmed-over “Naked Lunch” at the time, while “Crimes of the Future” feels like warmed-over, well, “eXistenZ.” The soup is beginning to lose its flavor because Cronenberg is, one suspects, tired of it. His recent one-minute film, “The Death of David Cronenberg,” is simple and devastating—proof that he’s still got it. But his “it” doesn’t seem quite germane to body horror anymore.

Watching “Crimes of the Future” I was reminded of “Indiana Jones and the Kingdom of the Crystal Skull’ of all things. In each case, it is painfully clear that the very gifted filmmaker in question has moved beyond a phase of his career that once defined him. Cronenberg more or less invented body horror, but in recent decades he has morphed into a shrewd, precise practitioner of chic, diamond-hard melodramas. Like Saul himself, Cronenberg is resisting his own evolution here to painful ends. Might be time to let go, which was, of course, the very subject of “The Death of David Cronenberg.”